The wildfire began around 2pm local time Friday near the Sierra Nevada foothills and has burned over 9,500 acres since Saturday afternoon. The blaze grew from 1,600 acres on Friday to 6,555 acres by Saturday morning.

The fire has destroyed ten residential homes and commercial areas, and over 2,000 buildings are still in danger.

The wildfire has caused road closures, including highway 140, one of the main roads into Yosemite.

Local residents in the area have been sharing pictures on social media of a huge pyrocumulus cloud.

In extreme conditions, wildfires can create their own weather system due to the rising winds and heat in the area. 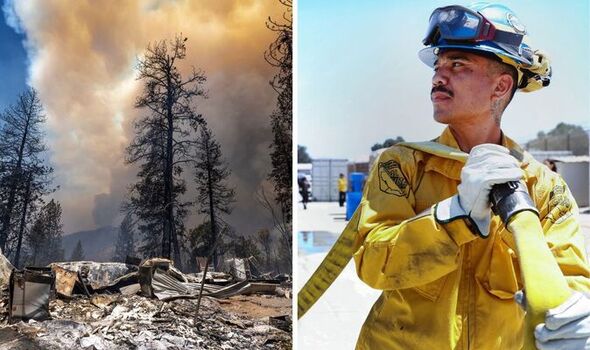 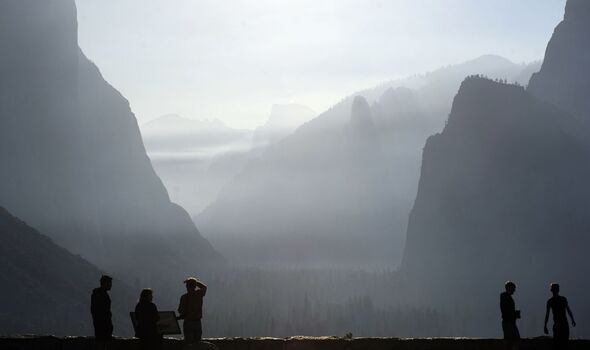 The smoke creates a pyrocumulus cloud that can carry soot and other pollution high into the atmosphere.

Andy Bollenbatcher, a meteorologist at the US National Weather Service has said the cloud has reached altitudes of over 30,000 feet.

Over six thousand people have been ordered to evacuate the area but no injuries or deaths have been reported.

Evacuation centres have been set up at Mariposa Elementary School and Sierra Foothill Charter School. 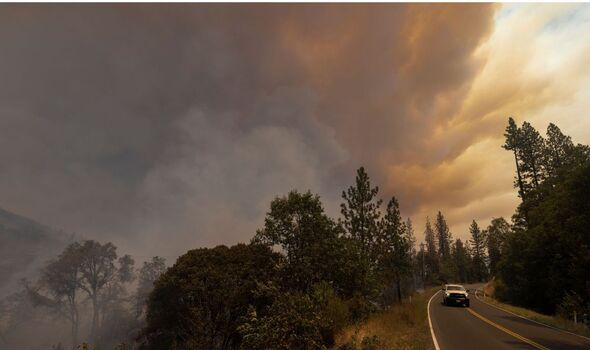 A pet shelter has also been opened up by the Central California Animal Disaster Team.

Taylor Poisall, spokesperson for The American Red Cross, said: “We had a lot of people evacuate last night with their animals. Animals are family too.”

People with animals have been asked to go to Mariposa Fairgrounds and Exposition Center.

Over 400 firefighters are currently battling the blaze in the Sierra Nevada foothills. 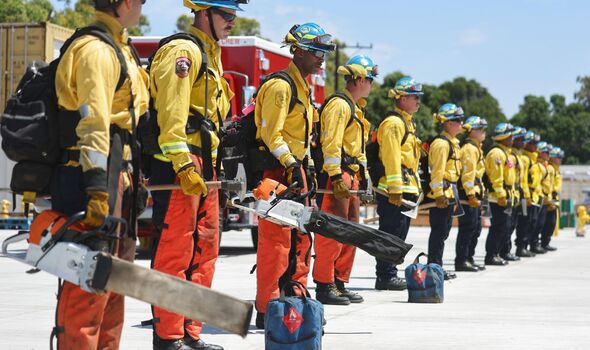 They are using water-dropping helicopters, bulldozers and even firefighting aircrafts to try and contain the fire.

The fire is currently “zero percent” contained and officials say it could be a week until the wildfire is under control.

The current cause of the fire is unknown. 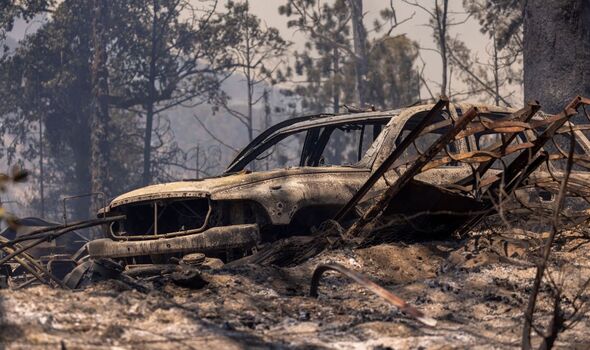 Robert Foxworthy, a public information officer for the California Fire Department, has said “high temps, low humidity and extremely dry fuels…in steep, rugged terrain” has contributed to the rapid growth of the wildfire.

Daniel Patterson, a spokesperson for the Sierra National Forest, said that climate change has led to larger and deadlier wildfires in California, as the area has become hotter and drier over the past 30 years.

He stated: “The fire is moving quickly. This fire was throwing embers out in front of itself for up to two miles yesterday. These are exceptional fire conditions.”

A German-Vietnamese social media star dies at 29, and other news from around the world.