During visit to Syria, Zarif said US showed inhumane face to the world by refusing to lift sanctions during pandemic. 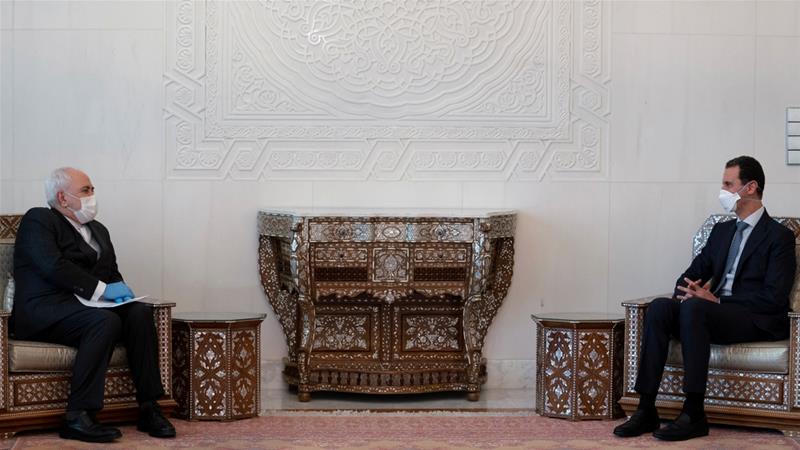 Iran’s foreign minister has used a meeting with Syrian President Bashar al-Assad in Damascus to hit out at the Trump administration’s refusal to lift sanctions imposed on both countries.

During his first visit to Syria in a year, Mohammad Javad Zarif said on Monday that the United States had shown its inhumane face to the world by refusing to lift sanctions during the coronavirus pandemic.

Iran’s efforts to contain COVID-19, the highly infectious respiratory disease caused by the new coronavirus, have been hampered by its inability to import vital medical equipment due to the sanctions.

The country has seen the highest number of infections in the region with more than 83,500 confirmed cases and 5,200 deaths.

A photo released by the Syrian presidency showed the visiting foreign minister and president sitting opposite each other, both in face masks. Zarif also wore light blue plastic gloves.

Assad criticised the US for keeping economic sanctions in place on countries like Syria and Iran “despite these exceptional humanitarian conditions”, the Syrian presidency said in a statement. 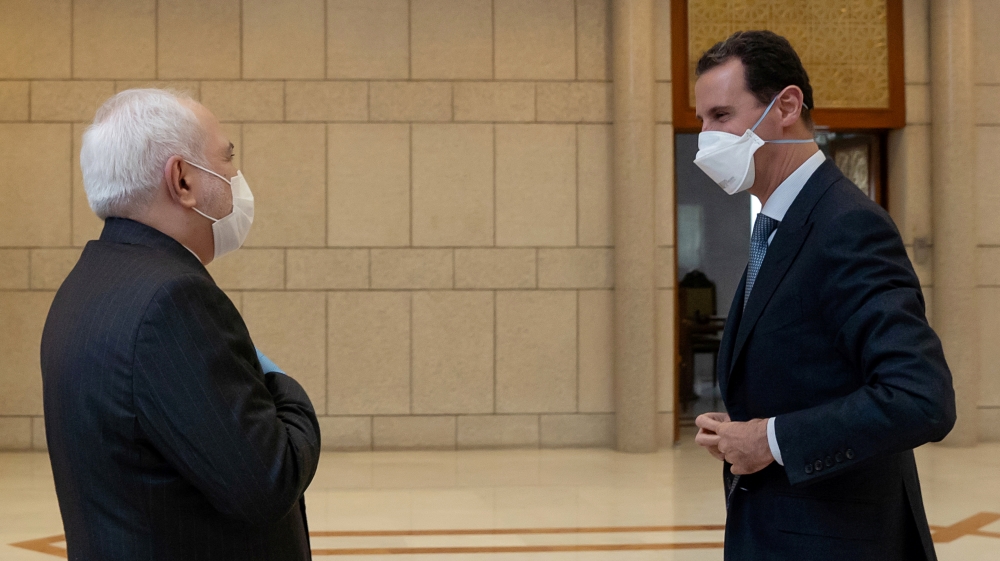 Assad also condemned “ongoing encroachments by Turkey on the sovereignty and territory of Syria” in the country’s north where Ankara has deployed troops, set up military posts and backed rebels battling the government.

Earlier on Monday, Zarif met with his Syrian counterpart Walid Muallem, according to the foreign ministry.

They stressed “the importance of continued coordination and the exchange of information and expertise between … the two countries to enhance their ability to confront” the pandemic and “secure the necessary needs and requirements for prevention, diagnosis and treatment”.

Iran, along with Russia, is one of the Syrian government’s main allies in a nine-year war that has killed more than 380,000 people and forced more than half of the country’s pre-war population from their homes.