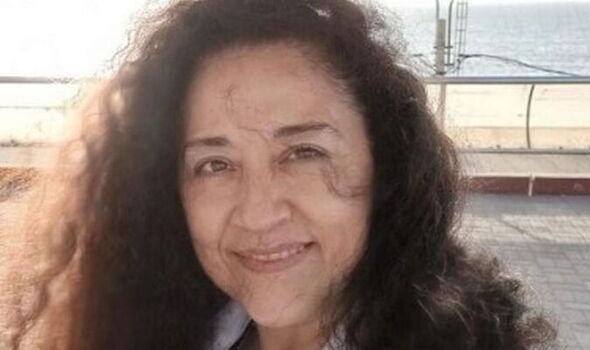 A medical student has been arrested over the murder and apparent organ harvesting of a Mexican woman who had travelled to meet him in Peru after they struck up an online romance. Blanca Arellano, 51, had met Juan Pablo Jesus Villafuerte, 37, on a gaming app where they began an online relationship before Blanca agreed to meet him in Peru. She made the 3,000-mile trip to Huacho to meet the student at the Jose Faustino Sanchez University on July 27, and remained in constant communication with her family back in Mexico, where it appeared as though everything was going well.

But after failing to hear from her since November 7, the family contacted authorities who appealed for information as to her whereabouts, reports the Mirror.

Her niece Karla Arellano tweeted after the disappearance: “As the months went by, my aunt was telling me that she was happy, relaxed and that the relationship was going very well.”

She also wrote: “I never thought I would be in this situation, but today I’m asking for your support to spread this post and find one of the most loved and important people of my life.”

In regular Twitter updates she wrote about how her fears were growing over the safety of her aunt after communicating with Villafuerte who was her only contact in Peru.

“I decided to communicate with Juan P since he was the only contact she had in that country and that is where our fear was triggered,” she said.

Then she posted a message from Villafuerte where he said that Blanca had decided to return to Mexico.

His message that Karla posted on Twitter read: “The truth is that I don’t know anything for several days, she decided to leave by mutual consent, I couldn’t give her the life she wanted and simply put she got bored of me.

“She went to Lima to find a ticket for Mexico and that was the end of it for me. I hope that she is fine, I don’t know anything more.”

But tragically, on November 9, the dismembered body of a woman was found by fishermen in Huacho with the arms, head, and other body parts lying on a beach.

An investigation was then launched by Peruvian police including a search of the home where the murder is believed to have taken place.

Villafuerte was arrested and is now being held in custody for a nine-month period while the case continues.

Peruvian judicial authorities tweeted: “The judiciary has found there is basis to the petition by the state for nine months custody for Juan Pablo Villafuerte Gutierrez.”

The investigation contines in Peru while Blanca’s family plead for more information following her death.