Some areas of the UK have woken up to a white Christmas today. For areas of the UK that don’t see snow today, the Met Office forecast a “fine and dry for many”. Here are the latest weather forecasts, maps and charts.

Will it snow in your area today?

The Met Office have confirmed a white Christmas for some parts of the UK today.

The Met Office tweeted today: “Morning everyone, we’ve just had official confirmation that this #Christmas is a white one!

“Leconfield in Humberside reported #snow falling at 5am, and Wattisham in Suffolk also reported recent snow at this time. 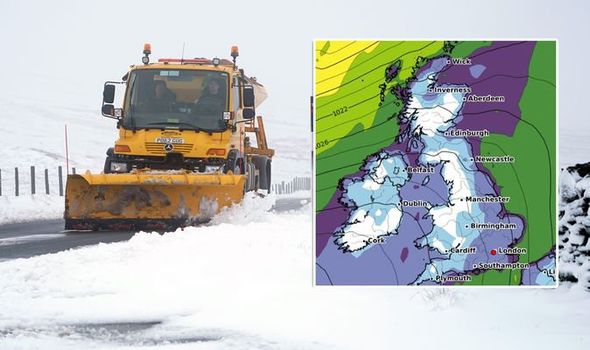 “Further updates will be issued as they become available #UKSnow”.

The Met Office said: “For Christmas Day itself, a ridge of higher pressure will keep conditions more settled.

“Some showers will affect eastern England early in the day with a possibility of the odd flake of snow, technically making it a white Christmas, however it is not expected to settle.

“Additionally, showers moving into Scotland could fall as snow over 300m in the Grampians.”

This is a breaking story, refresh for updates.