A Van Gogh masterpiece was stolen during the early hours of Monday morning from the Singer Museum in Laren, Netherlands. Officials confirmed the break-in and theft on Monday afternoon during a press conference.

The theft of the painting, called The Vicarage Garden has shocked and angered museum management, who spoke at a press conference.

Museum director Jan Rudolph de Lorm said: “I am extremely p*ssed off that this happened. This is a huge blow.

“This is extremely difficult, especially in these times.”

Reports are the burglars entered the museum at around 3.15 am by force. 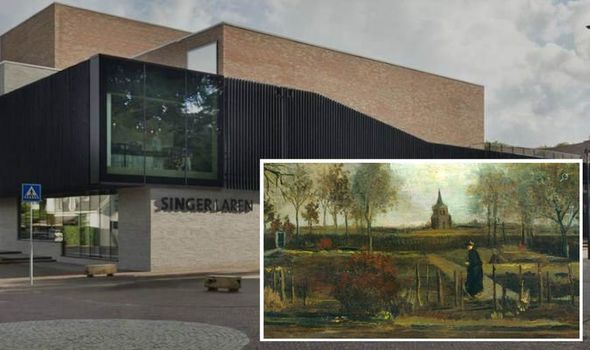 According to Singer Laren, the security has been “entirely according to protocol”.

General director Evert van Os said: “We have coordinated this well with our insurance experts, but of course we can learn from this.”

van Os told a news conference broadcast on YouTube: “We are angry, shocked and sad.”

The museum is closed due to the restrictions around the coronavirus outbreak. 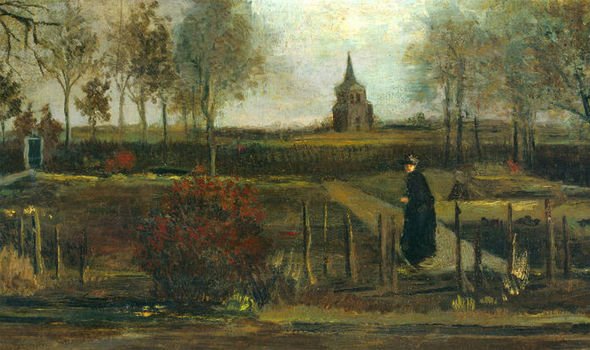 The painting stolen was Spring Garden, a painting of the vicarage garden in Nuenen.

Spring Garden was one of a series of paintings of the vicarage garden in Nuenen including Winter (The Vicarage Garden under Snow).

Van Gogh’s father was a Protestant minister and the artist himself had studied theology.

He had pursued missionary work briefly before settling with his parents in the vicarage of a remote Dutch town in 1883.

The Groninger Museum, located in the northern Dutch city of Groningen, said in a statement: “The work from 1884, oil on paper on panel (marouflé), is the only painting by Van Gogh in the collection of the Groninger Museum.

“We are very shocked by this news. The investigation is currently in full swing and no more can be said about it due to the police investigation.”

The value of the work was not immediately known. Police are investigating the theft.

A look at Van Gogh

Vincent Van Gogh was a Dutch post-impressionist painter who is known as one of the most famous and influential figures in the history of Western art.

In little more than a decade, Van Gogh created about 2,100 artworks, including around 860 oil paintings, most of which date from the last two years of his life.

His paintings include landscapes, still lifes, portraits and self-portraits, and are characterised by bold colours and dramatic, impulsive and expressive brushwork.

His style helped contributed to the foundations of modern art.

During his lifetime he was not commercially successful, and his suicide at 37 came after years of mental illness and poverty.

Out of hospital, UK's Johnson says "it could have gone either way"