Donald Trump has refused to concede the 2020 US presidential election despite Joe Biden being declared the winner this weekend. Instead, the incumbent Republican President has repeatedly spoken of alleged electoral fraud and threatened to go to court with “valid and legitimate legal challenges” – despite having no evidence such fraud took place. But what happens if Donald Trump refuses to concede the election?

US President-elect Joe Biden is taking steps towards implementing his agenda for his first term as the next US president.

He has announced the first steps of his transition plan which includes making the USA’s frontline coronavirus response a key priority.

His team has said Mr Biden’s plan is to implement more testing and asking Americans to wear face masks and coverings.

Typically a projected winner is confirmed in the hours or days following the closure of US polls.

The result is not confirmed until the electoral college votes in December but usually, a victory is not determined until one candidate calls the other to concede. 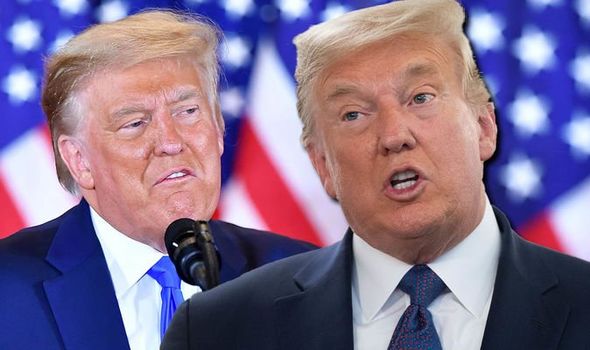 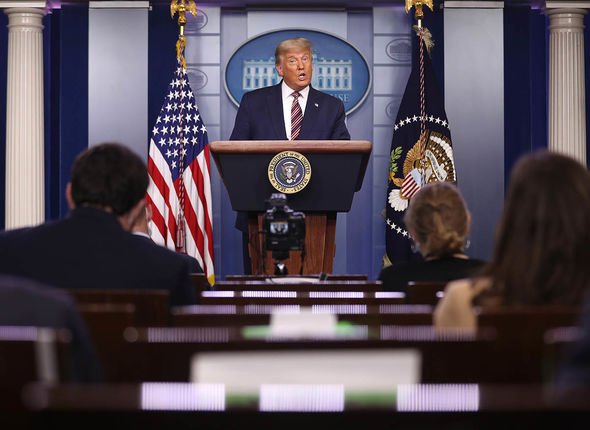 Despite these projections, Mr Trump’s campaign has said he does not have any plan to concede.

In a statement given moments after TV networks declared Mr Biden the winner, Mr Trump vowed he “will not rest: until there was an “honest vote count”.

The statement read: “We all know why Joe Biden is rushing to falsely pose as the winner, and why his media allies are trying so hard to help him.

“They don’t want the truth to be exposed. The simple fact is this election is far from over.

“Legal votes decide who is president, not the news media.”

In a letter on Sunday, a nonpartisan advisory board the Center for Presidential Transition said: “We urge the Trump administration to immediately begin the post-election transition process and the Biden team to take full advantage of the resources available under the presidential transition act.

“This was a hard-fought campaign, but history is replete with examples of presidents who emerged from such campaigns to graciously assist their successors.” 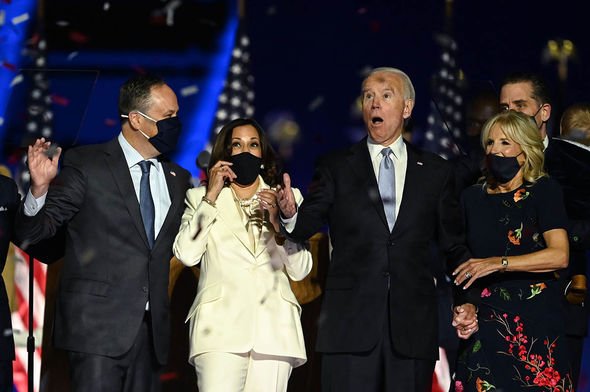 What happens if Donald Trump refuses to concede?

It is very possible Donald Trump will refuse to concede his position and leave the White house.

If this happens it will be the first time in history that a former President has ever rejected defeat.

No presidential candidate has ever refused to concede defeat once all the votes were counted and legal challenges resolved.

Historically concessions have been part of the election process since 1800.

But through the years many candidates have taken their time to concede despite the road appearing to be at the end. 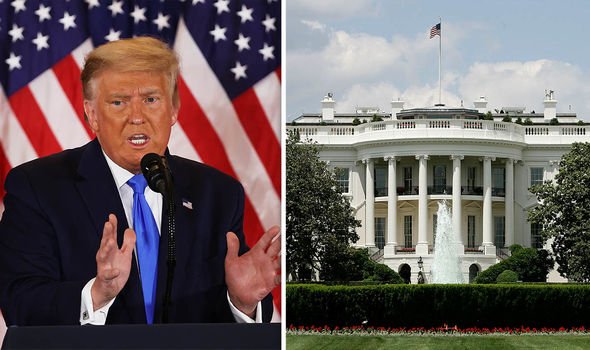 Prior to the election, Mr Trump refused to commit to a peaceful transfer of power.

He said: “We’re going to have to see what happens.

“You know that I’ve been complaining very strongly about the ballots, and the ballots are a disaster.

“Get rid of the ballots and we’ll have a very peaceful – there won’t be a transfer, frankly.

“There will be a continuation. The ballots are out of control.” 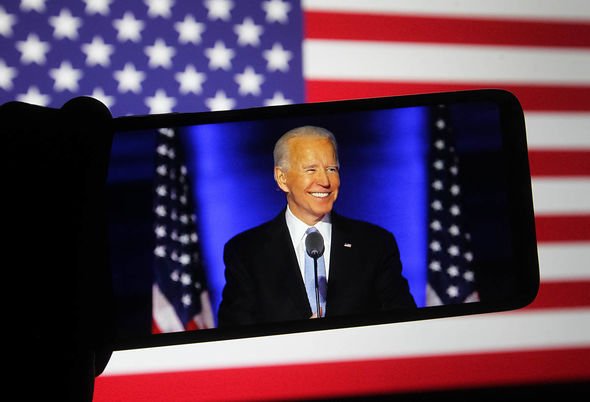 As no president has ever refused to leave the office in the past, the next steps would be entirely unprecedented.

There is a formal process with set deadlines which culminate in Inauguration Day if a candidate contests the results.

Inauguration Day will take place on January 20 meaning the president’s term expires at noon on this day under the Constitution.

This transfer of power happens according to the 20th Amendment of the US Constitution.

However, given there is no formal process outlined if a president refuses to concede, it is likely a constitutional crisis would be declared.

The Biden campaign addressed this possibility to the White House in a recent statement.

The statement read: “The United States government is perfectly capable of escorting trespassers out of the White House.”

Mr Trump has said he may take the election result to the Supreme Court who would then decide what to do.

But there is no guarantee the Supreme Court would look into the case.

If he does take the case to the Supreme Court, he will likely claim postal voting fraud and if he were able to provide them with evidence, then the Supreme Court would launch an internal inquiry.

If voting fraud was found the Supreme Court may allow him to serve a second term or it will call for another election, possibly forcing the Democrats to choose a different leader.