Home » World News » What exactly is the #FreeBritney campaign?

Fans of Britney Spears are demanding she be awarded control over her business and personal affairs at a court hearing.

The Princess of Pop’s career has been in the hands of legal guardians known as a conservatorship since she faced a mental health crisis 12 years ago.

The terms of the arrangement have never been publicly released, but it restricts the singer’s autonomy.

#FreeBritney supporters say they will protest outside the Los Angeles court.

According to the Blast, Spears, 38, is expected to appear remotely at Wednesday’s hearing, which will address her finances, personal life and mental health.

What is the conservatorship?

Britney Spears has not controlled her financial or many career decisions since 2008 under this court-enacted agreement.

A conservatorship is granted by a court for individuals who are unable to make their own decisions, like those with dementia or other mental illnesses.

Essentially, for the last dozen years, her father and attorney have managed her assets and personal life – including being able to restrict her visitors and communicate with doctors about her treatment.

Her finances must be documented with the court. Business Insider reports that as of 2018, the pop superstar had a net worth of $59m (£46m) and spent $1.1m on legal and conservator fees that year.

In March 2019, her attorney, Andrew Wallet, resigned from his role as co-conservator, saying: “Substantial detriment, irreparable harm and immediate danger will result to the conservatee and her estate if the relief requested herein is not granted on an ex parte basis.”

Spears’ father, according to court documents, sees his removal as her conservator as temporary – though it followed allegations that he grabbed and shook his teenage grandson.

As it stands, Ms Montgomery will remain Spears’ conservator until 22 August, when the conservatorship is up for extension again.

Why was it set up?

Spears began behaving erratically in 2007 after her divorce from Kevin Federline was finalised and she lost custody of their two children.

Many of her alleged mental breakdowns took place in the public eye – she made headlines for shaving her head and was photographed hitting a paparazzo’s car with an umbrella – and went to rehab facilities several times.

She was placed in psychiatric care after refusing to surrender her sons in a stand-off with the police, and the conservatorship was put in place in early 2008.

In the years under the conservatorship, Spears has not been short on work: she released three albums, held a Las Vegas residency, and made numerous television appearances.

What is the #FreeBritney campaign?

Some of Spears’ fans believe she was forced into the arrangement and claim she has been pleading for help on social media.

The term #FreeBritney dates back to 2009, according to a New York Times report, from a fan site that disagreed with the conservatorship agreement.

When Spears checked into a mental health centre last year after reported emotional distress over her father’s illness, the campaign rose again.

#FreeBritney campaigners are now asking the White House to end her conservatorship – a petition submitted this month has over 125,000 signatures. Fans have rallied at court hearings with #FreeBritney signs and the slogan has been trending on social media again.

What has Britney Spears said about all this?

The singer herself has not commented on the #FreeBritney campaign, but she has more recently been telling fans she is doing well.

Spears asked fans not to believe “everything you read and hear” after her 2019 stay at a mental health facility. In an Instagram video last May, she said: “For those of you who don’t think I post my own videos… you’re wrong.”

Spears’ lawyer has also told the Los Angeles Times that she is part of the decision-making process when it comes to her career. 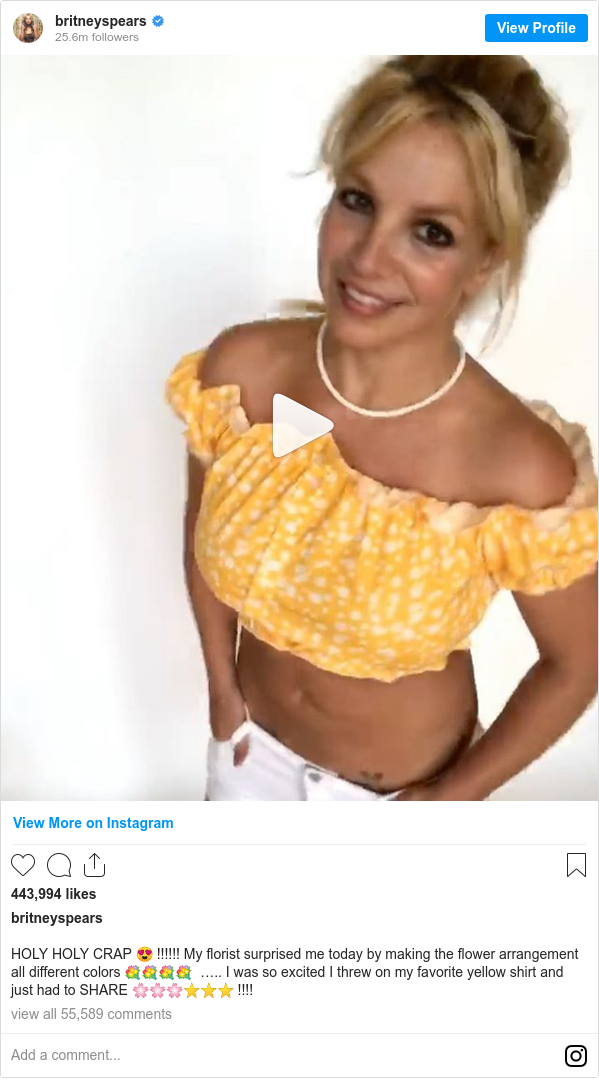 This April, she revealed on Instagram that she accidentally burned down her home gym, which concerned some fans. She has also recently appeared to respond to supporters who ask her to post a specific photo if she needs help – like wearing a yellow shirt or posting a painting with doves.

But sources close to the pop star have rejected the conspiracy theories, saying Spears’ conservatorship is to help her manage long-term mental health issues.

This month, Spears wrote on Instagram: “I get how some people might not like my posts or even understand them, but this is Me being happy ….. this is Me being authentic and as real as it gets”.

Why is this coming up now?

Spears’ 22 July court hearing on the conservatorship has put both the agreement and the #FreeBritney movement back in the spotlight.

Earlier this month, Spears’ mother, Lynne Spears, also reportedly filed a request with the court to be included in the conservatorship.

According to court documents viewed by The Blast, the singer’s mother wants to help manage her finances, and specifically the trust set up for the singer’s sons.

An anonymous source told Entertainment Tonight that Spears “truly believes that her mother wants to help her have more autonomy when it comes to her money”.