MINSK (Reuters) – An ally of Belarusian President Alexander Lukashenko issued a rare public apology on Thursday in a bid to quell nationwide street protests that pose the biggest challenge to the strongman leader’s 26-year rule. 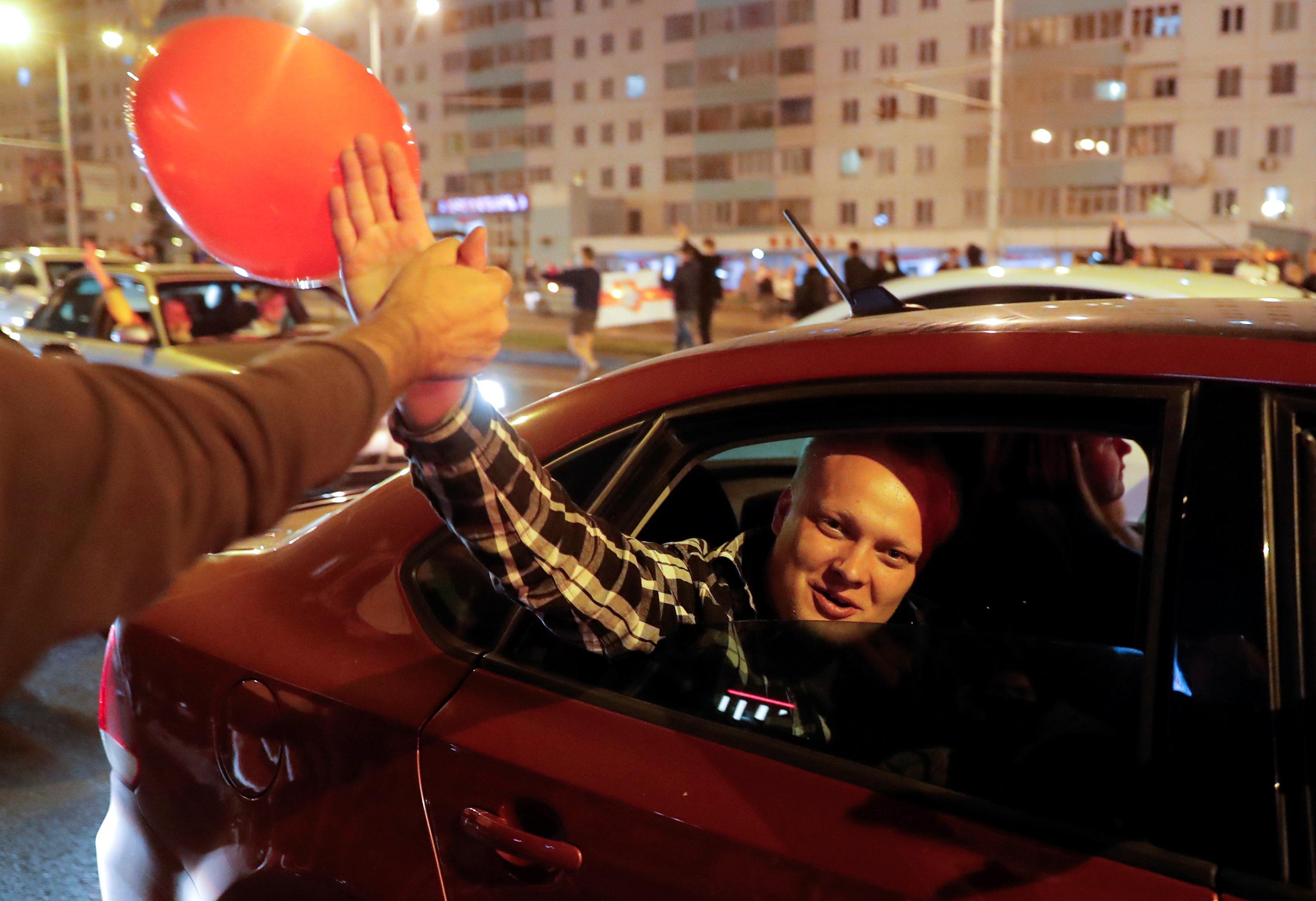 At least two protesters have died and thousands have been detained this week in a crackdown following Lukashenko’s contested re-election that has prompted the West to consider new sanctions on Minsk.

The emollient tone used in statements by two top state officials underscored the vulnerability of Lukashenko’s hold over a country seen by neighbouring Russia as a strategic buffer against NATO and the European Union.

The authorities also began releasing protesters, some of whom had bruises and described being tightly packed inside cells. They complained of mistreatment, including beatings.

“I take responsibility and apologise for injuries of random people at the protests who got it in the neck,” said Minister of Internal Affairs Yuri Karayev.

Tens of thousands of protesters on Thursday were joined by workers from some state-run industries that are the pride of Lukashenko’s Soviet-style economic model, including the Minsk Automobile Plant (MAZ) that makes ‎trucks‎ and ‎buses.

Footage showed them chanting “elections” and “go away”. Local media also reported protests at the state-run haulage and earthmoving equipment manufacturer BelAZ in a town northeast of Minsk, and at the Grodno Azot chemical plant.

Protesters formed human chains and marched in the capital, backed by at least 10 television presenters and reporters from the tightly controlled state media who resigned in solidarity.

The protesters accuse Lukashenko of rigging last Sunday’s presidential election to win a sixth term. The president, alleging a foreign-backed plot to destabilise the country, has dismissed the demonstrators as criminals and unemployed.

But another presidential ally, the head of a national state council Natalya Kochanova, said on Thursday that Lukashenko had ordered an urgent review of the detentions.

“We don’t fight, we don’t need war,” she said. “By this evening more than a thousand people have been freed under an obligation of not taking part in unsanctioned events.”

In Minsk, ambassadors from EU countries laid flowers at the site where one protester died, as a crowd cheered and chanted.

“We are here to mourn the loss of life and also to show solidarity with the victims of the violence and abuse that has taken place over many Belarusian towns and cities over the last few days,” EU envoy Dirk Schuebel told reporters afterwards.

Lukashenko has sought better relations with the West amid strained ties with traditional ally Russia.

The EU partially lifted sanctions, imposed over Lukashenko’s human rights record, in 2016, but could introduce new measures as early as this month. Germany called on the EU to put pressure on Lukashenko.

Russia, which has nudged Lukashenko into accepting closer political and economic ties, expressed concern over what it depicted as attempts by external forces to destabilise Belarus.

A former Soviet collective farm manager, the 65-year-old Lukashenko has faced increasing anger over his handling of the coronavirus pandemic – which he dismissed as a “psychosis” – a sluggish economy and human rights.

On Thursday morning people outside the Okrestina detention centre in Minsk, some in tears, waited in the hope of gleaning news of friends and relatives inside. Police and soldiers with machine guns drove them away when they got too close.

Sergei, one of the freed detainees, said there had been 28 people in a cell that would normally contain five. Prisoners took turns to sleep, he said, and were given a single loaf of bread to share out over two days. 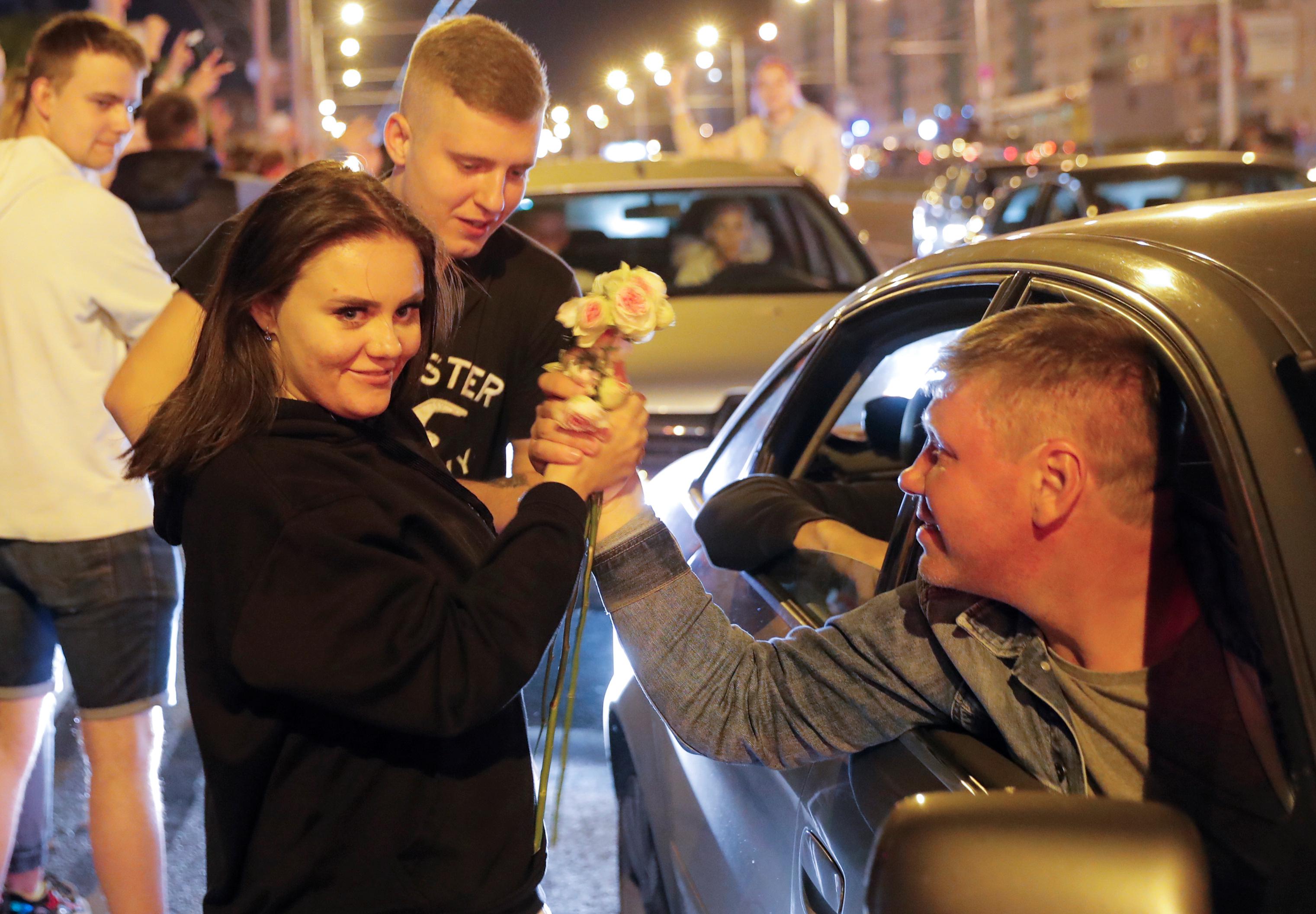 “They did not beat me in the cell, they took me out of the cell and beat me there,” said Sergei, who declined to give his last name.