Separately Ukraine’s ambassador to Berlin has said the country could build nuclear weapons unless it is allowed into NATO.

Over the past few weeks, Russia has mobilised tens of thousands of troops along its border with Ukraine causing tensions to skyrocket.

The Russians allegedly behaved in an aggressive manner and only backed off when the Ukrainians threatened to open fire. 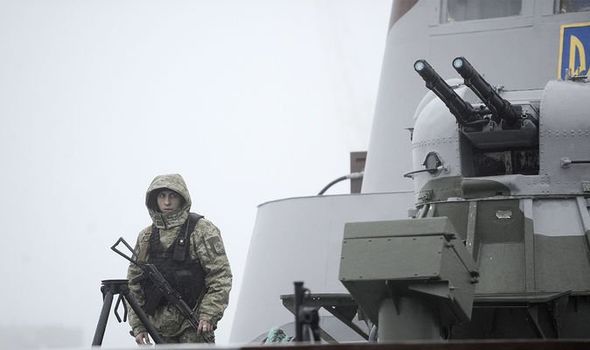 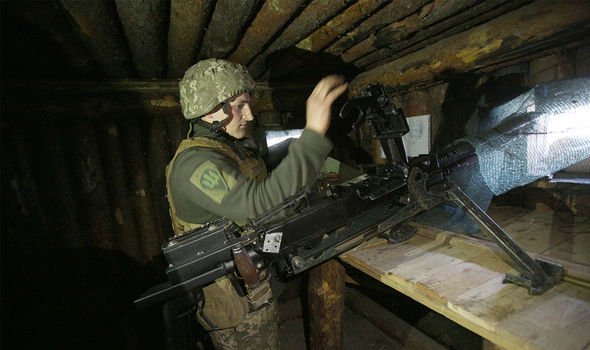 The encounter took place less than 25 miles from the strategically vital Kerch Strait.

Following the incident Russia said access to waters near the strait will be blocked, through the strait itself will stay open.

In a statement, the Russian defence ministry said: “From 21:00 on April 24 until 21:00 on October 31, passage through the territorial sea of the Russian Federation for foreign military ships and other state vessels will be halted.”

Russia has massed thousands of troops in Crimea, which it seized from Ukraine in 2014, and along its eastern border. 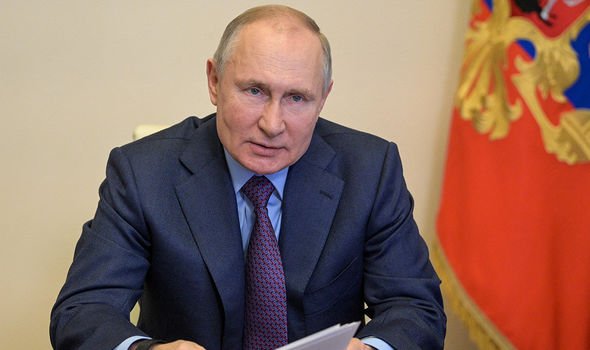 Ukraine has been battling pro-Russian separatists, which it alleges are backed by regular Russian forces, in the east of the country for the past seven years.

At a press conference Dmytro Kuleba, the Ukrainian foreign minister, warned Russia of harsh consequences if it mounts an invasion.

He said: “They are openly threatening Ukraine with war and the destruction of Ukrainian statehood.

“The red line of Ukraine is the state border. 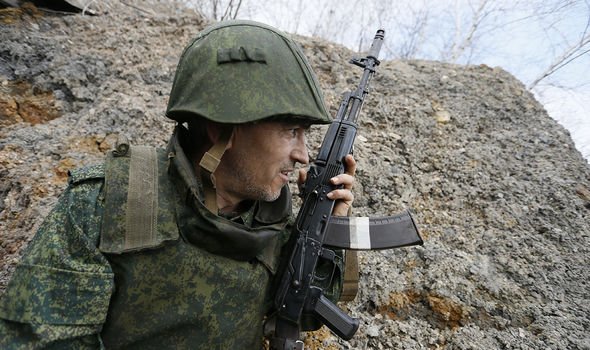 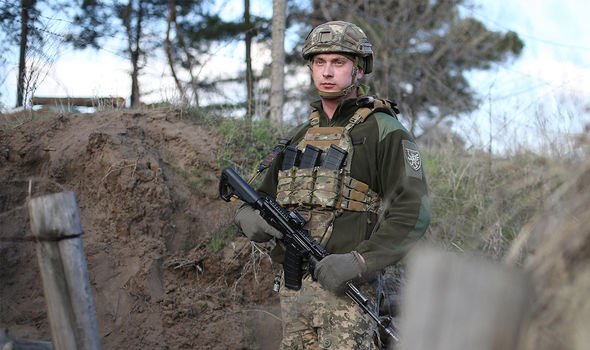 “If Russia crosses the red line, then it will have to suffer.”

Later today he is due to speak with German chancellor Angela Merkel by video link.

Earlier this month Joe Biden spoke directly with Vladimir Putin in a bid to dampen tensions.

Ukraine briefly held nuclear weapons following the fall of the USSR, but agreed to give them up in exchange for security guarantees from Russia, the US and Britain.

Andriy Melnik, Ukrainian ambassador to Germany, warned the country may be forced to rearm unless allowed into the NATO defensive alliance.

He said: “We must do everything possible to ensure that Putin will not attack us tomorrow or the day after tomorrow. 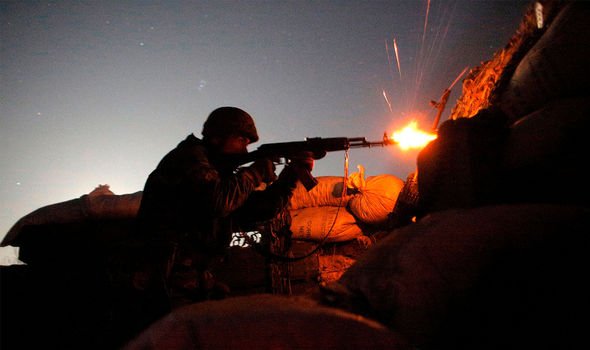 “The only possibility for this is for Ukraine to finally become a NATO member.

“If Ukraine were a NATO member in 2014 it would never have come to the annexation and this terrible war in the east.

“Ukraine has no other choice – either we are part of an alliance such as NATO and are doing our part to make this Europe stronger, or we have the only option – to arm by ourselves, and maybe think about nuclear status again.”