President Volodymyr Zelensky tonight claimed that Ukraine had now retaken more than 2,000 square kilometres from Russia since launching a lightning-fast counter-offensive earlier this month. Russia’s own defence ministry confirmed a retreat among its forces, in what is seen as the most significant Ukrainian advance since Russia withdrew from areas around Kyiv in April. President Zelensky, in his nightly address on Saturday, said the Russian military are making the right choice to flee.

He said: “The Russian army is showing its best — showing its back. And it’s a good choice for them to run away. There’s no place for the occupiers in Ukraine.”

BBC News anchor Lucy Hockings called the retreat and collapse of the Russian frontline a “humiliating setback” for Vladimir Putin.

He said: “More than 30 villages or towns have been liberated in the east, and these are significant towns and villages.

“Russia has admitted that their troops have abandoned the town of Izyum, which operates as a major military hub for Moscow.”

JUST IN: Putin reeling as Luhansk soldiers refuse to fight: ‘not going anywhere 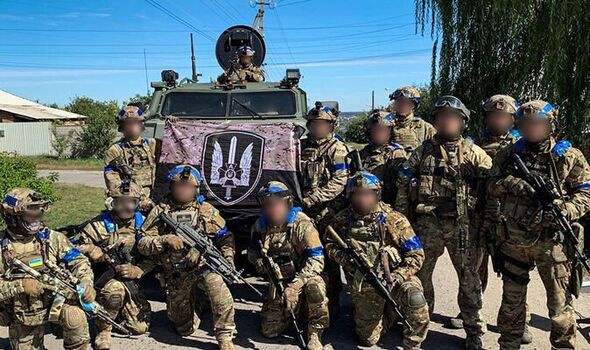 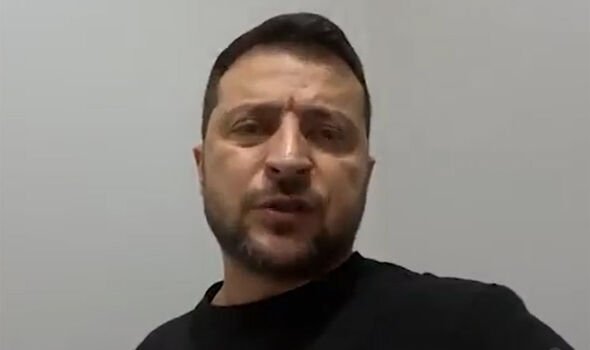 Ukrainian MP Oleksiy Goncharenko said that Izyum had been liberated in half a day after “Russians spent one month to take it in spring”.

Izyum had been used by Russian forces as a launch pad for attacks in Donetsk.

Mr Bachega continued: “We have seen footage of people out in the streets in these areas welcoming Ukrainian soldiers with kisses and hugs.

“This could be a decisive turning point in this war.

“We are hearing from pro-Russian Telegram accounts that people in those regions are reporting a desperate situation for Russian troops. 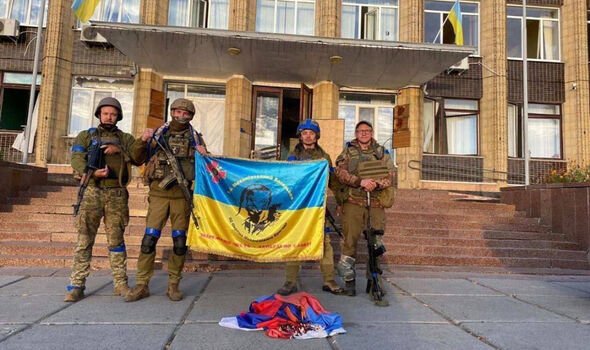 “We have seen reports for weeks of Russians refusing to fight, and complaining they are understaffed and underequipped.

“It seems that many areas occupied by Russians are suffering really, really low morale.”

In a tweet, Ukrainian Armed Forces said Kupyansk “was and will always be Ukrainian”.

Russia’s defence ministry has scrambled to justify the retreat, claiming that the collapse of the frontline would allow Russia “to regroup”.

The ministry also confirmed the withdrawal of troops from a third key town, Balaklyia. 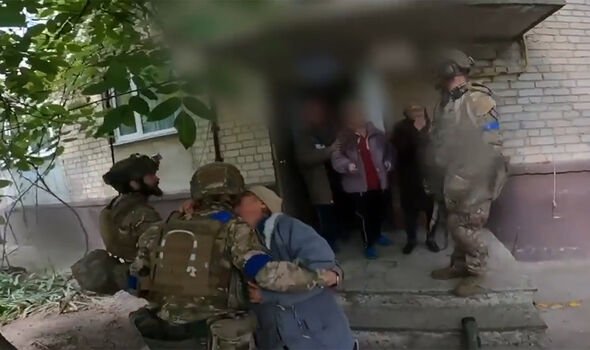 Earlier, the British Ministry of Defence said that “Russian forces were likely taken by surprise” by the Ukrainian counter-offensive.

“An official tells me he can’t keep up. They have gone further and faster than they imagined.”

Earlier today, Ukraine’s special forces admitted that its claims about a southern offensive were a “big disinformation campaign” to distract Russian from the real offensive in Kharkiv.

Taras Berezovets, from the Ukrainian special forces, said: “The offensive happened where they least expected, and this caused them to panic and flee.”

While You Were Sleeping: 5 stories you might have missed, Dec 8