The Kremlin has released pictures showing Russian President Vladimir Putin on a fishing and hiking holiday in Siberia.

Mr Putin, 68, was joined by defence minister Sergei Shoigu, his regular holiday companion, for the short break earlier this month. 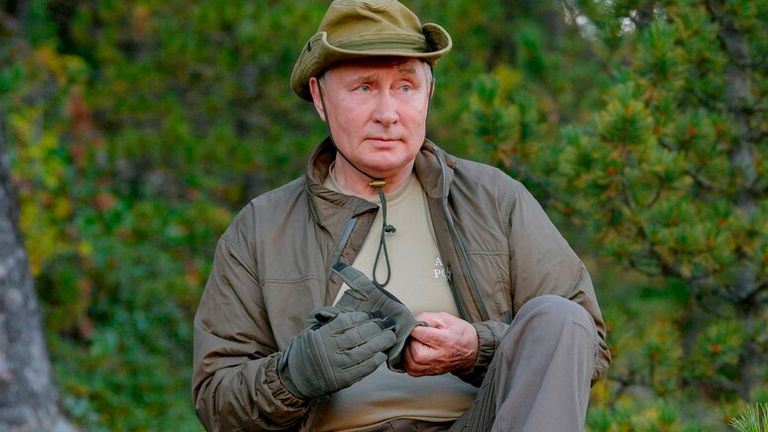 The Russian premier stopped off for a few days after a working trip to the Primorye and the Amur Region of Russia‘s Far East.

He appeared relaxed while walking through meadows against a dramatic mountain backdrop, casually dressed in a khaki-coloured hat and jacket. 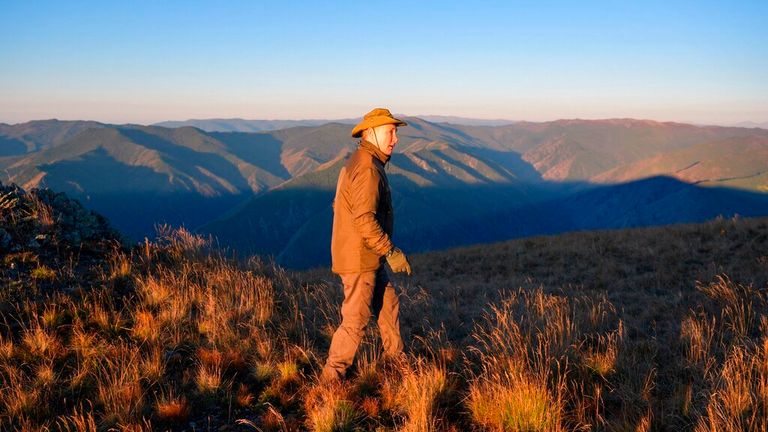 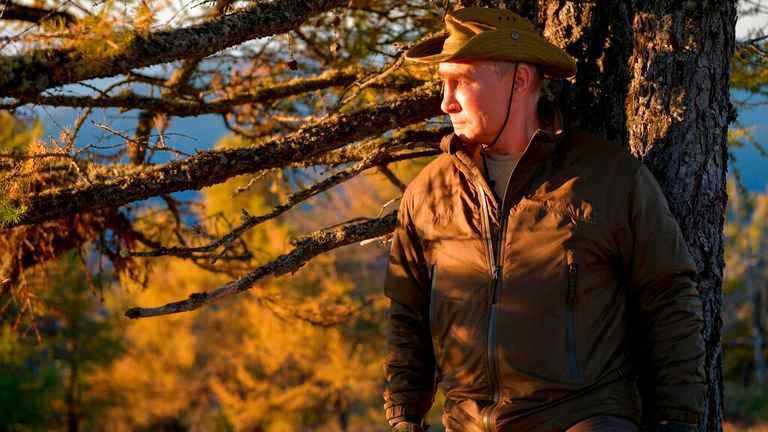 He took a moment to lean against a tree while staring into the distance in another shot.

And he couldn’t disguise his delight as he smiled proudly while holding aloft a fish he caught in a nearby lake.

Video footage, released alongside the pictures by the Kremlin on Sunday, also showed Mr Putin driving an amphibious vehicle through a river in the region.

Days after the break, the Russian leader was forced to spend a “few days” in isolation after dozens of people in his inner circle caught COVID-19. 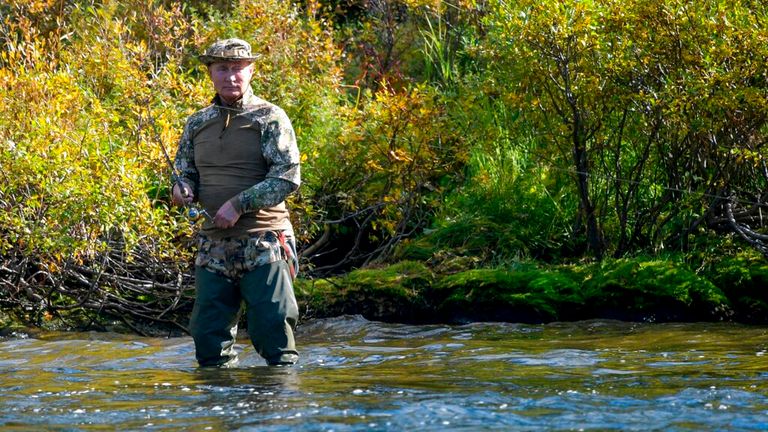 The outbreak prompted Mr Putin to cancel his trip to Tajikistan for a security summit.

He has had two shots of Russia’s Sputnik V vaccine and is feeling healthy, the Kremlin said.

The Russian leader is known for his love of the great outdoors and has often been pictured bare-chested in an apparent bid to cultivate his macho image. 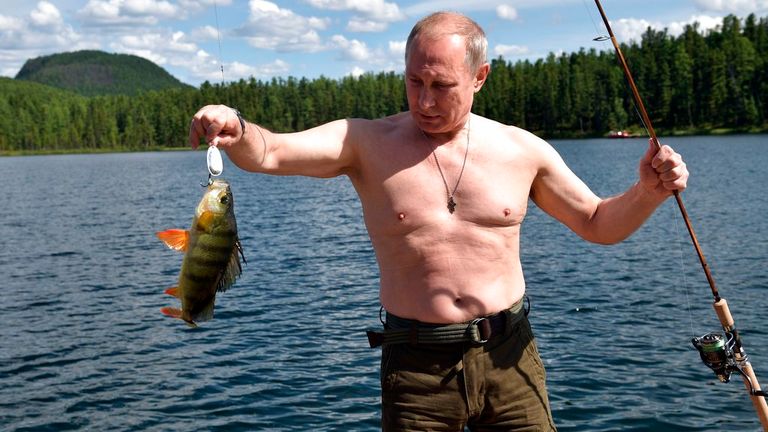 He was most famously pictured shirtless atop a horse on a mountain holiday in southern Siberia’s Tuva region in 2009 where he paraded his bare chest and his fishing prowess.

Mr Putin later stripped down to the waist before plunging into an icy lake as part of evens to mark Orthodox Epiphany in January 2018.