Vladimir Putin’s last desperate move of launching nukes may not even be an option for the tyrant as a source claims Moscow’s military elite wouldn’t allow him to press the button, and could replace him with a close confidant. The Kremlin has made multiple threats alluding to the possibility of using nuclear weapons, which have only worsened as Kyiv launches a powerful counter offensive and Russia has claimed Ukrainian territory as its own. But according to a key source, Putin would face a coup if he dared try to descend his country into nuclear warfare. The source added the despot would likely be replaced with an alleged criminal wanted by the FBI for interfering with US elections.

A British source who advises governments on Russia told the Mirror: “A military mutiny is the most likely end for Putin’s rule.”

The source added that for the Kremlin elite, Putin’s nuclear threats towards the West are merely part of a war of words, and function as leverage against Western involvement in the war. However, the source claimed, they would not allow these words to translate into real military action by the despot.

If he attempted this, senior officers would be likely to mutiny, mobilising against the Kremlin and forcing Putin to either step down, or die. However, his replacement may not be a much better option.

The source stated: “Faced with Putin’s recklessness and the need to prevent use of nuclear weapons, the military are most likely to stage a coup to depose him. 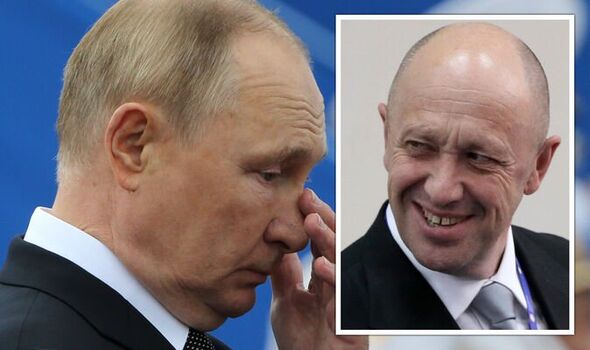 “The second most likely group are Putin’s Presidential Administration of acolytes, ex-KGB spies and ex-military led by Evgeny Viktorovich Prigozhin. So far they think his nuke statements are serving their purpose.”

Russian oligarch Mr Prigozhin, 61, would be Putin’s most likely replacement, they claimed.

The FBI claim Mr Prigozhin created the Internet Research Agency, which it alleges created thousands of fake online personas and used other methods to influence the 2016 presidential election. The American intelligence agency is offering a reward of up to $250,000 for information leading to his arrest.

In 1981, he was sentenced to twelve years imprisonment under articles of robbery, fraud, and involving teenagers in crime. 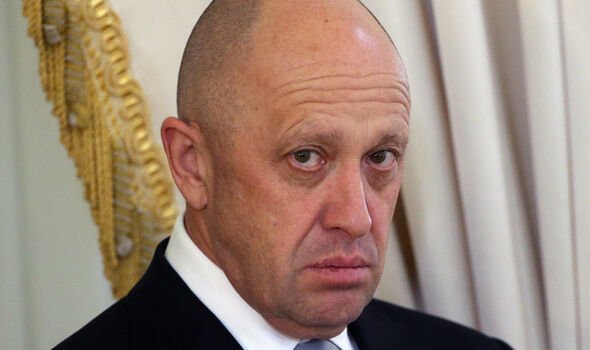 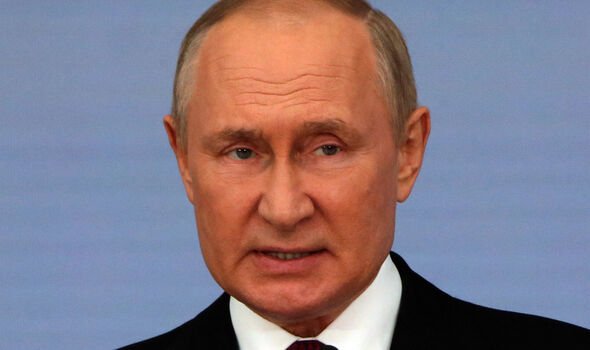 Mr Prigozhin spent nine years in prison before he was released. He also admitted last month to founding the mercenary Wagner Group, which has been dubbed “Putin’s private army” and has been accused of war crimes as well as links to neo-nazism.

According to the military source, other possible endings to Putin’s rule include “popular uprisings, disorder, insurrection and breakaway by Siberia, the far east and far north regions”. Commentators have observed that Russia’s claimed annexation of four regions in eastern Ukraine has escalated the possibility Putin will resort to nuclear weapons.

This is because Russia has insisted it will only use such weapons after “aggression against the Russian Federation with conventional weapons when the very existence of the state is threatened”.

While the annexing of Luhansk, Donetsk, Zaporizhzhia and Kherson has not been formally recognised by most of the world, efforts by Ukraine to reclaim these areas could give the Kremlin an excuse to use nuclear weapons, as in their eyes this will constitute attacks on Russian soil. 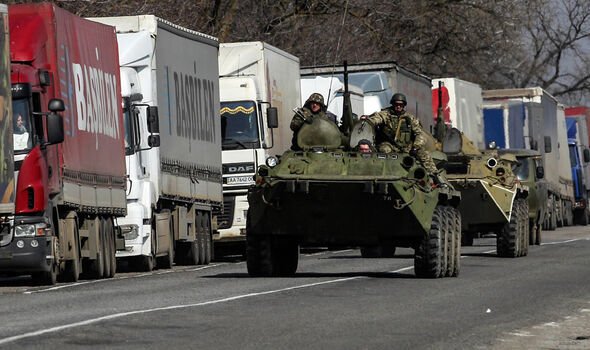 Putin’s grip on these regions is already under threat, as within days of him announcing the annexation following sham referendums, all four regions were not completely under Russian control as Ukrainian soldiers clawed back parts of their country.

Yuri Fyodorov, a military analyst based in Prague, told Reuters: “He is bluffing right now. But what will happen in a week or a month from now is difficult to say – when he understands the war is lost.”

US National Security Adviser Jake Sullivan said Washington had warned Moscow of specific “catastrophic consequences” if it used nuclear arms. Russia is the world’s biggest nuclear power based on the number of nuclear warheads: it has 5,977 warheads while the United States has 5,428, according to the Federation of American Scientists.

Russia has 1,458 strategic nuclear warheads deployed – or ready to fire – and the United States has 1,389 deployed, according to the latest publicly declared data. These warheads are on intercontinental ballistic missiles, ballistic missiles on submarines and strategic bombers. Both Moscow and Washington have enough firepower to destroy the world many times over.