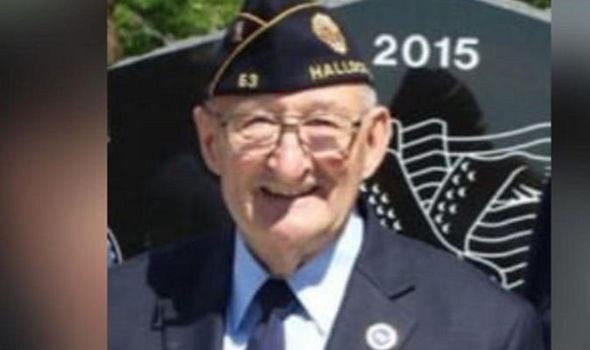 Army veteran Bob Cameron, 87, died on Wednesday evening after he suffered gastrointestinal (GI) bleeding and later caught Covid, despite receiving his booster jab. Mr Cameron, from Hallock, Minnesota, was rushed to Kittson Healthcare on Sunday with a GI bleed and was stuck there for 48 hours.

Usually, the 15-bed facility would transfer patients to a larger hospital immediately, but every hospital in Minnesota and neighbouring North Dakota was full. The hospitals are understaffed and overrun with Covid patients- who are almost all unvaccinated, the Grand Forks Herald reports.

During Mr Cameron’s two days at Kittson, Minnesota State Patrol had to rush emergency blood supplies from Sanford Hospital, which is more than two hours away, in order to keep the veteran alive.

Eventually, a bed became available and he was transferred to Sanford in a stable condition.

But then, Mr Cameron’s family say “all hell broke loose” as he could not have a colonoscopy due to too much bleeding and had to have emergency surgery to remove his colon. However, this didn’t stop the bleeding and he died after the operation.

Tragically, he had also contracted Covid which meant his family could not be with him during his final moments.

Now, Mr Cameron’s family told the Herald that getting him to a hospital sooner could have helped save his life.

Ms Lindegard is now urging people to get the Covid vaccine to reduce the pressure on health services and to save lives.

She warned: “We are here to tell you this is real, and this is what we are living through.

Kittson Healthcare CEO Gabe Mooney said the facility is not “bursting at the seams” but the problem is that they are “caring for patients [they] wouldn’t normally care for”.

Mr Mooney also said that doctors and nurses are being forced to take time away from caring for patients as they are spending more time on the phone trying to find a hospital bed for them.

It comes as President Joe Biden said in a White House address yesterday that the US was “making progress” as Covid cases have declined by 47 percent and hospitalisations are down 38 percent over the past six weeks.

However, around 66 million eligible Americans remain unvaccinated, which Mr Biden said is “still an unacceptably high number” and urged them to get the jab.