CARACAS (Reuters) – Members of Venezuela’s opposition in October negotiated a $213 million deal with a small Florida security company to invade the country and overthrow President Nicolas Maduro, according to a document published by the Washington Post on Thursday. 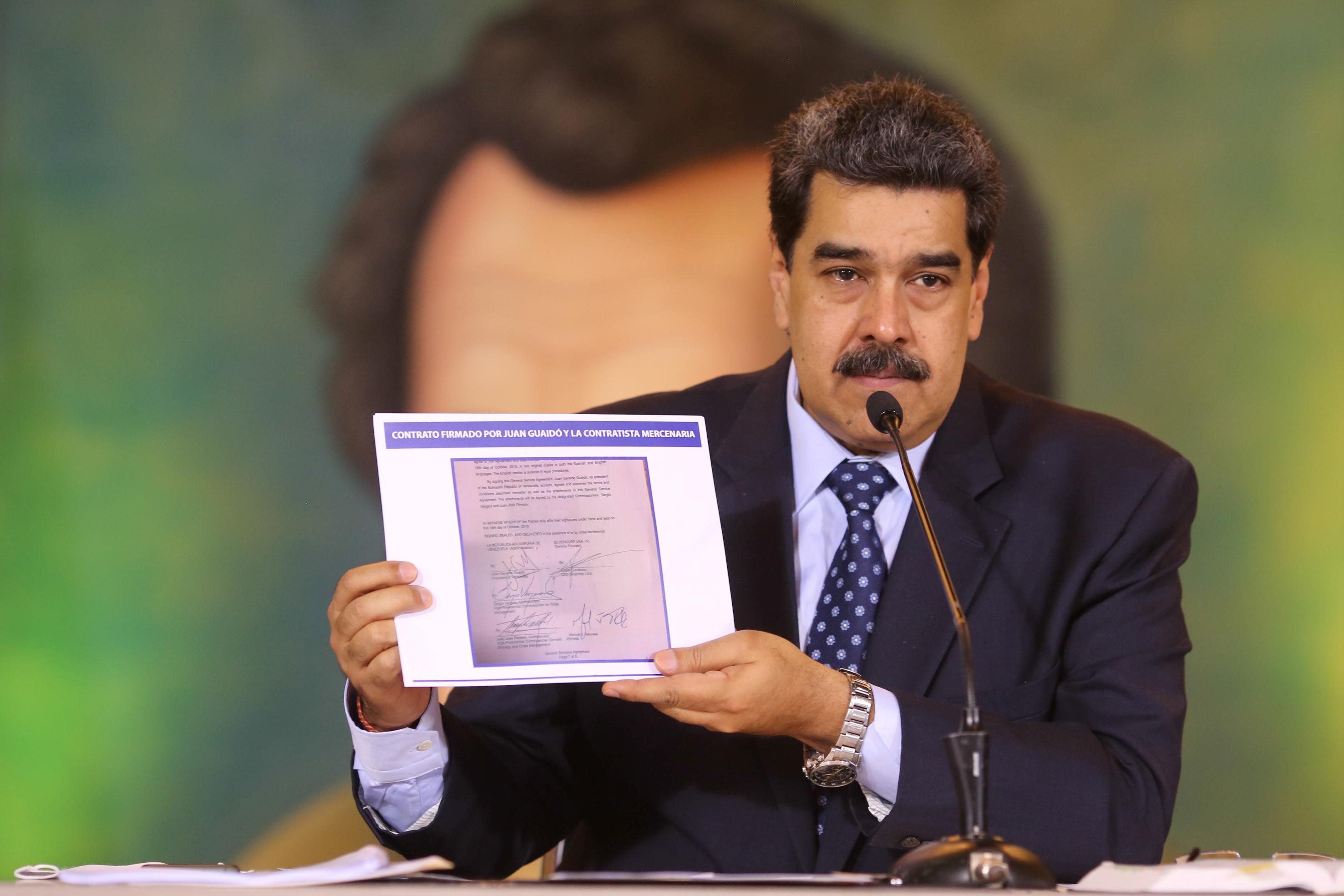 Venezuelan authorities this week arrested more than a dozen people, including Americans who work for the company Silvercorp USA, as part of a bungled incursion that has served as a public relations victory for Maduro’s struggling government.

The document deals a blow to the credibility of opposition leader Juan Guaido, who has vehemently denied any links to Silvercorp or involvement in the attempt to remove Maduro by force.

Guaido, the president of the opposition-held National Assembly, argues that Maduro is usurping power after rigging a 2018 election and is recognized by dozens of countries as Venezuela’s rightful leader.

The plan described in the 42-page document offers minute tactical details ranging from which land mines to deploy and what riot gear to use, but offers no explanation of how a small group of commandos could overpower hundreds of thousands of security forces who remain loyal to the ruling Socialist Party.

Reuters was unable to immediately confirm the authenticity of the document. (here)

Guaido’s press team did not respond to a request for comment.

Guaido advisor Juan Rendon, whose signature also appears on the document, told CNN that he signed an “exploratory agreement” with Silvercorp but that it was never completed. He said Silvercorp had led a “botched suicide” mission without Guaido’s support.

The document was also signed by opposition legislator Sergio Vergara and Goudreau.

Reuters was unable to obtain comment from Goudreau, whose voice mail box was not accepting messages on Thursday.

Vergara did not immediately respond to a request for comment.

Two main opposition parties, First Justice and Popular Will – which Guaido is affiliated with – on Thursday said in a statement that “the democratic forces do not promote or finance guerrillas, outbreaks of violence or paramilitary groups,” reiterating calls for a transition government.

The logos of six other parties, including Democratic Action and A New Era, which have significant representation in the National Assembly, appear on the document.

Luke Denman, one of the two captured Americans, appeared on Wednesday in a video on Venezuelan state television saying he had been tasked by Silvercorp with controlling Caracas’ airport to bring in a plane that would fly Maduro to the United States.

He and Airan Berry will both be tried in Venezuela’s civilian courts, Maduro said.