When Germany had been defeated, there were widespread celebrations across the world, particularly in Great Britain and North America. Flight lieutenant Doug Temple’s job in 1945 was to survey and protect the coastline of Burma and Japanese Pacific waters. When a million people were celebrating the end of the war across Great Britain, Mr Temple has explained how he was very much still at war.

Speaking to the Daily Telegraph, the war veteran said: “I don’t remember anything special about VE Day.

“I was transiting aircraft across different bases from India.

“There were some dark moments knowing that the war had finished for so many people but it hadn’t finished for us. 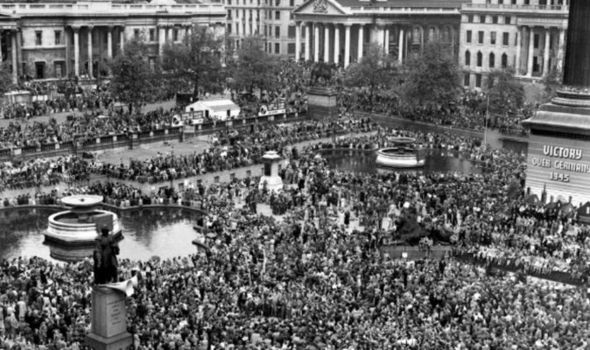 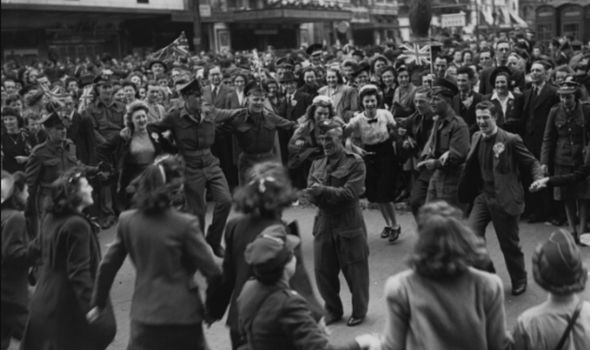 “In any case I didn’t take much glory in winning the war.

“I was only pleased to see the end of it.”

The UK will mark the 75th anniversary of this important day on Friday.

There were plans of a procession down The Mall and a service of thanksgiving at Westminster Abbey to honour those people who served in the war. 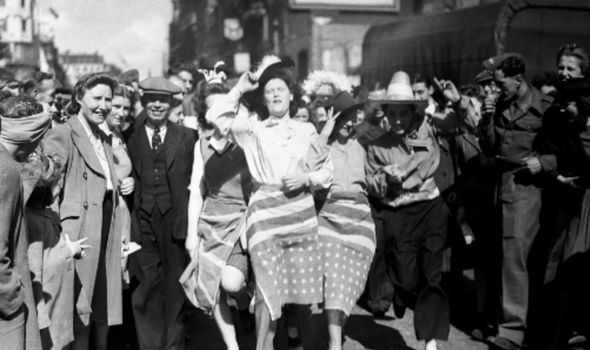 But due to the lockdown, many of the plans have been cancelled or changed.

One WW2 has urged people to ‘Clap for Veteran’ on Friday in a similar style to the Clap for Carers which have been embraced by Britons every Thursday celebrating the NHS and Key workers.

In 1945 then-Prime Minister Winston Churchill a message broadcast to the nation said: “Hostilities will end officially at one minute after midnight tonight, Tuesday the eight of May.

“We may allow ourselves a brief period of rejoicing.” 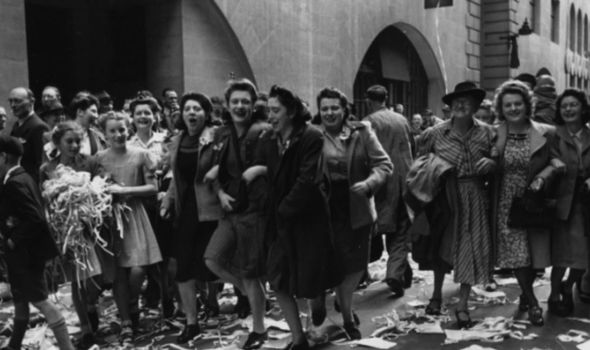 By the summer of 1945, it was clear Japan would be defeated.

Victory over Japan Day is celebrated on September 2, 1945.

The surrender was formally signed on board USS Missouri.

In August 1945, the United States dropped atomic bombs on Hiroshima and Nagasaki.

At the end of the war, India was the world’s fourth largest industrial power which helped the country to become independent from the UK in 1947.

The Queen will address the nation on the 75th anniversary of VE Day this week.

Bali closed to foreign tourists until end of 2020