Italy is heading to the polls on September 25 after Mario Draghi’s government collapsed in July. Voters could herald their most right-wing government since World War Two, led by their first woman prime minister.

Polls are not published in the two weeks before the vote.

Before then they had consistently shown that a rightist coalition led by the nationalist Brothers of Italy party and also involving the League party and Forza Italia was on course for a clear victory.

Brothers of Italy leader Giorgia Meloni would be the likely choice for prime minister as head of the main coalition party.

The 45-year-old politician was branded “Europe’s most dangerous woman” by German magazine Stern this week.

Asked about the prospect of the right-wing bloc winning the Italian elections, Ms von der Leyen told reporters on Thursday: “We will see the result of the vote in Italy, there were also elections in Sweden. 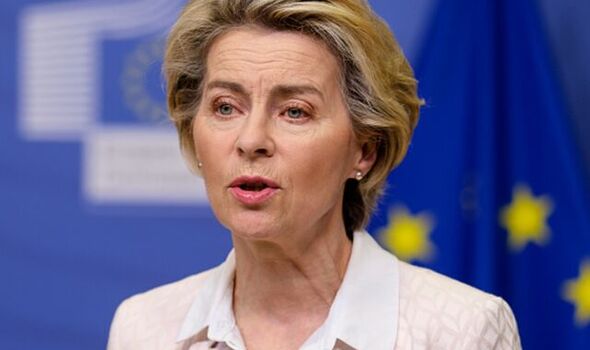 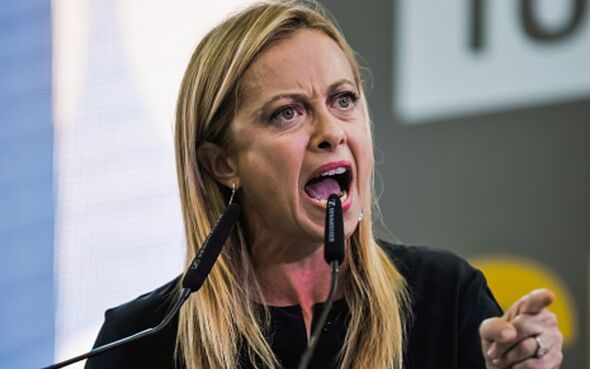 “If things go in a difficult direction, we have tools, as in the case of Poland and Hungary.”

The comments sparked fury in the European Parliament where League MEP Marco Zanni and Marco Campomenosi lashed out against the EU Commission chief.

In a joint note, they wrote: “Italy is a free, sovereign country with a strong democratic tradition. Italian citizens deserve respect and Brussels should just get it.

“The words spoken yesterday by Ursula Von der Leyen are shameful, we do not accept warnings, lessons or veiled threats, however, three days before the vote, yet another interference by someone in the EU who is unable to accept that in Italy, sovereignty belongs to the people.

“We will present a question to ask for clarity on the matter. Whether it is intentional or a slip, it is in any case serious and unacceptable. The president of the EU Commission must apologise and respect the vote of the Italians.”

Rome-born Meloni, whose party traces its roots to post-fascism but now presents itself as a mainstream conservative force, was playing to a home crowd overwhelmingly dominated by FdI fans at a rally in Rome on Thursday.

In office, Ms Meloni would face daunting challenges including the threat of recession, inflation and spiking energy costs, on top of Italy’s historically high public debt.

She has pledged prudent fiscal policies and to maintain unity with European Union and NATO partners in supporting Ukraine against Russia. But this has caused friction with allies.

Matteo Salvini, a past admirer of Russian President Vladimir Putin, has openly criticised sanctions on Moscow, though he sees eye-to-eye with Ms Meloni on tough migration and border policies.

The League leader has also questioned Ms Meloni’s fiscal caution, calling for an extra €30 billion in public borrowing to fund measures against the energy crisis. 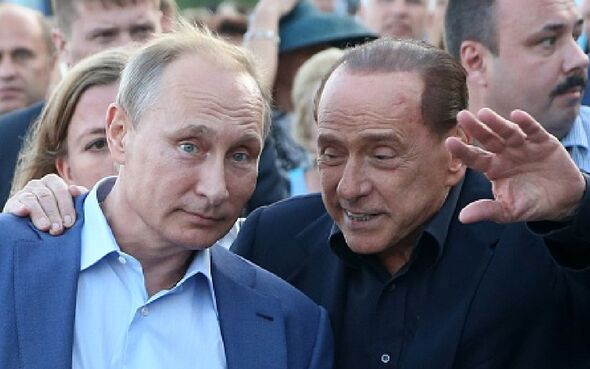 “The first act of the new government … will be an energy decree to immediately block increases in electricity and gas bills,” he said.

Silvio Berlusconi, whose Forza Italia party also belongs to the right-wing coalition, on Thursday downplayed Putin’s warmongering instincts after he threatened to use nuclear weapons in the wake of suffering setbacks in Ukraine.

“Putin was pushed by the Russian people, by his party, by his ministers to invent this special operation,” Mr Berlusconi said, using the official Russian wording for the war.

Mr Berlusconi, a personal friend of the Russian leader, is not new to defending Putin’s actions in Ukraine. His comments highlight cracks in the coalition over the war.

Russia’s plan was originally to conquer Kyiv “in a week”, replace Ukrainian President Volodymir Zelenskiy with “a government of decent people” and get out “in another week,” he added.

“I haven’t even understood why Russian troops spread around Ukraine while in my mind they should have only stuck around Kyiv”, Mr Berlusconi insisted.

Speaking on Italian public television RAI, Berlusconi suggested Moscow’s decision to invade came in response to an appeal by the separatists.

He said their leaders came to the Kremlin and directly told Putin, “please defend us, because if you do not defend us, we don’t know where we could end up.”

After Russia’ annexation of Crimea in 2014, Mr Berlusconi said that he visited the peninsula with Putin and saw locals come out and thank the Russian leader.