Because of the need to distance for COVID-19, the debaters’ lecterns will be spaced further apart than normal, presidential debate expert Alan Schroeder points out. This means the director may find it difficult to take a 2-shot that shows both candidates inside the same frame. As a result, look for more split-screens with the debaters appearing in separate boxes.

Because of coronavirus precautions, the in-person audience will be small at tonight’s debate – around 80 people total. Aside from campaign staff, family and a few journalists, the campaigns have each invited a few guests.

FactCheck.org, a non-partisan project of the Annenberg Public Policy Center, dug into claims made about Biden on Facebook and Twitter leading up to tonight’s debate. They concluded that claims that Joe Biden “got tonight’s debate questions in advance” and that he will be wearing an earpiece are baseless.

As a COVID-19 safety measure, Trump and Biden have agreed not to shake hands at the start of tonight’s debate in Cleveland.

Presidential debate expert Alan Schroeder points out that back in 1980, also in Cleveland, Ronald Reagan and Jimmy Carter agreed in advance to dispense with an opening handshake at their debate, but Reagan violated the agreement, marched up to Carter’s lectern and shook his hand anyway, hoping to throw Carter off his game. Could a similar move be attempted tonight? 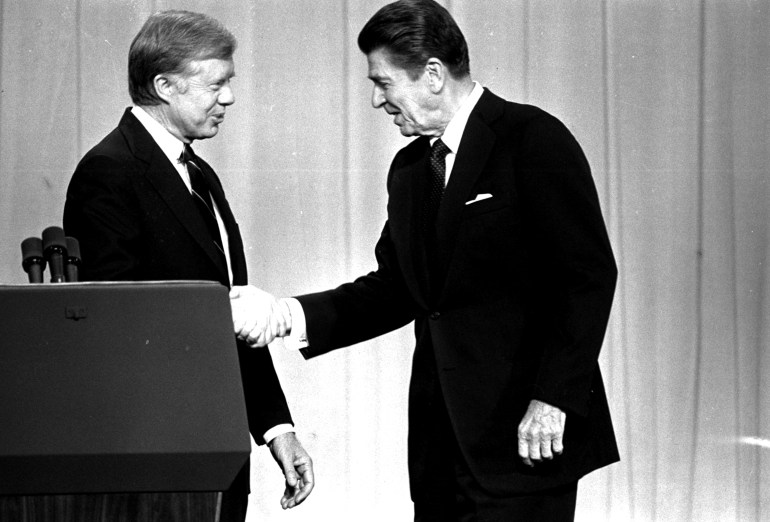 About three in four US voters (74 percent) plan to watch the first presidential debate live, according to a Monmouth University Poll released this week. The twist? Only 13 percent say that they are very or somewhat likely to hear something that will affect their decision for whom to vote, while 87 percent say that is not likely.

Before the first debate in September 2016, 75 percent of voters planned to watch and 12 percent said it would likely or somewhat likely affect their vote.

“These results underscore the fact that the audience for these debates are voters who already have a rooting interest in one side or the other,” said Patrick Murray, director of the Monmouth University Polling Institute. “The spin and media framing after the fact is more important for potentially moving the small group of persuadable voters who remain.” 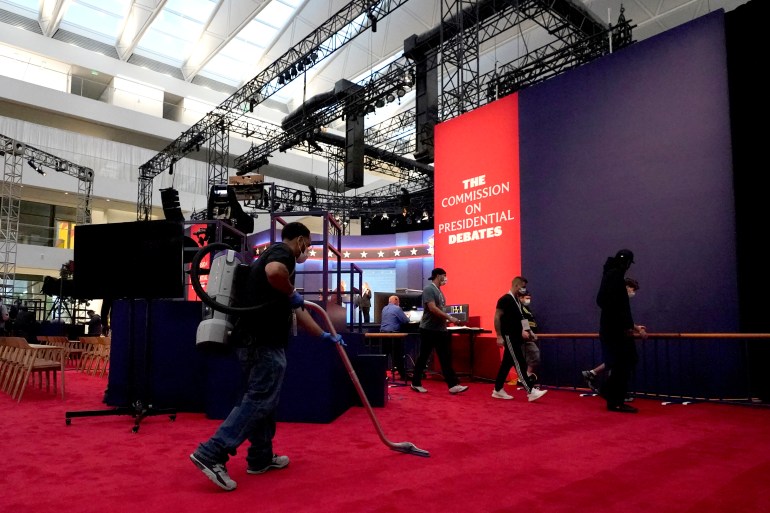 Our debate expert Alan Schroeder points out the extreme contrasts both Trump and Biden will display during their first debate meeting:

In Seattle, a 'project' toward a cop-free world

Girl, 7, traumatised after her Dairylea Lunchables box writhing with maggots