Home » World News » US election: US enters ‘nightmare scenario’ as neither Biden or Trump gets ‘clean win’

Democrats and Republicans are locked in a rigid race for both the Presidency and the US Senate. President Trump won a series of key swing states earlier on in the day, including the battlegrounds of Florida, Ohio and Iowa. Democrat nominee Joe Biden expressed confidence the race would ultimately go in his favour as he said his campaign “believe we are on track to win this election”.

Mr Biden said he was “optimistic” about the outcome once all the votes were counted.

Campaign officials said Mr Biden’s team were preparing for votes to be counted in three Northern battlegrounds won by Mr Trump in 2016 – Pennsylvania, Michigan and Wisconsin.

Sitting President Trump also expressed his confidence in a second term victory as he declared the election a “major fraud” due to mail-in ballots, although no evidence of this has been seen.

The President’s comments came in a late-night appearance in front of family and White House supporters, in which he declared he would be asking the Supreme Court to halt any more counts being voted. 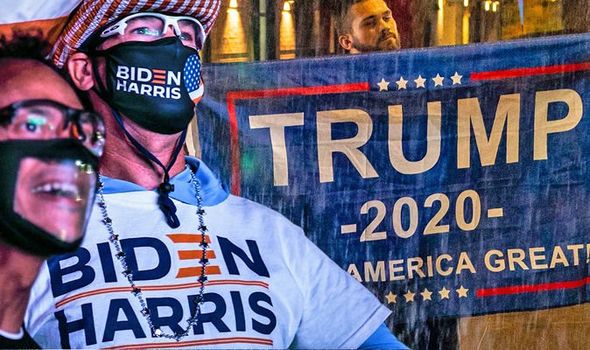 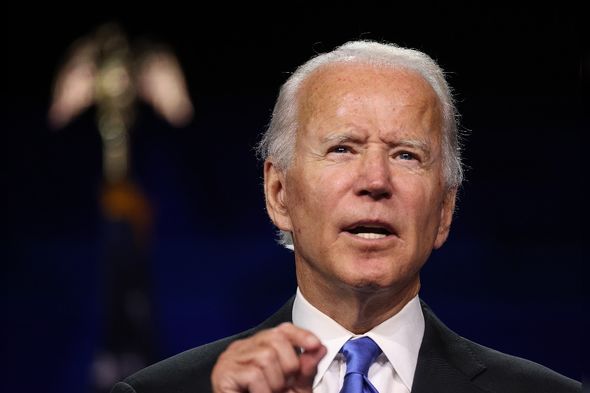 But, despite both candidates’ assertions they will win the White House, one expert says the US has entered a “nightmare scenario” as neither candidates will get a “clean win”.

Dr Andrew Moran, professor of US Politics and International Relations at London’s Metropolitan University, told Express.co.uk: “Neither candidate has got the clean win they would have hoped for.

“Yet again the pollsters will be scratching their heads.

“Biden has performed worse than predicted, and Trump has done better. 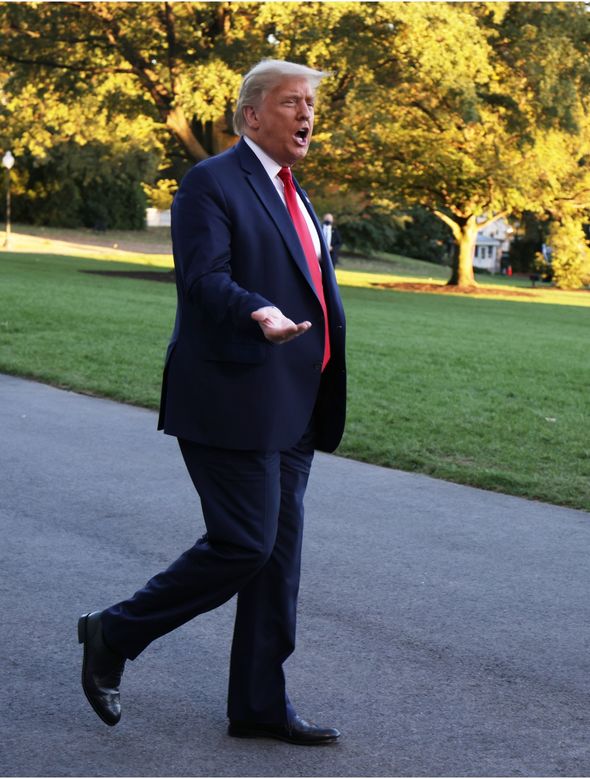 “But there is no clear winner and we may not know for a number of days as postal votes and absentee ballots are counted.

“For America, it is the nightmare scenario so many have feared.”

At this stage, Mr Biden holds the lead in the Electoral College as he earned 224 votes compared to Mr Trump’s 213.

The Democrat candidate is closer to the finish line of 270 votes, which are needed in the Electoral College to secure the presidency. 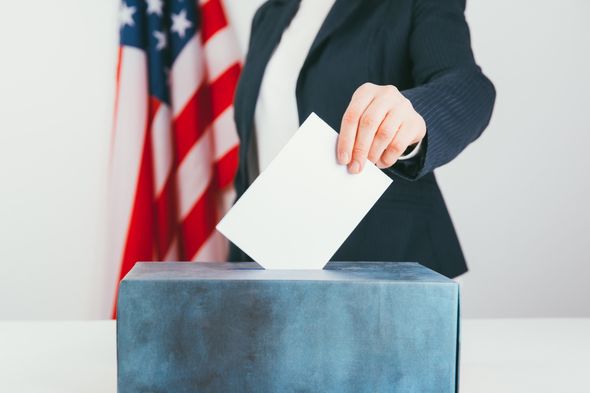 Experts have warned for months that a result may not be known on election night, or even days afterwards, as voters voted by post in record numbers this year.

Mr Trump won a close race in Florida, which was one of the states Mr Biden hoped to take back for the Democrats.

The former Vice President of the Barack Obama campaign has taken the lead in Wisconsin and is hoping that Arizona, where he holds a five-percent-point lead with 82 percent of votes already counted, could be his first victory that turns a red state blue.

The state of Nevada, which 2016 candidate Hilary Clinton won by a slim margin, also appeared to be a much closer race than Democrats had initially forecast.

With 85 percent of votes counted in the desert state Mr Biden leads the way with less than one percentage point.

The election result increasingly appears to hinge on whether the Democrats can restore the “blue wall” in Michigan, Wisconsin and Pennsylvania, a scenario that could stretch into the coming weeks as mail-in ballots await counting.

Dr Moran added: “If Biden wins, it will be by a whisker, making it harder for him to claim he is the unifying candidate with a clear mandate.

“Two dramatically different versions of America are at stake here. Don’t expect either side to go quietly into the night.

Spain to extend state of emergency to April 26, rise in infections slows