Announcement comes after mass graves were discovered in the city of Tarhuna following retreat by eastern-based forces. 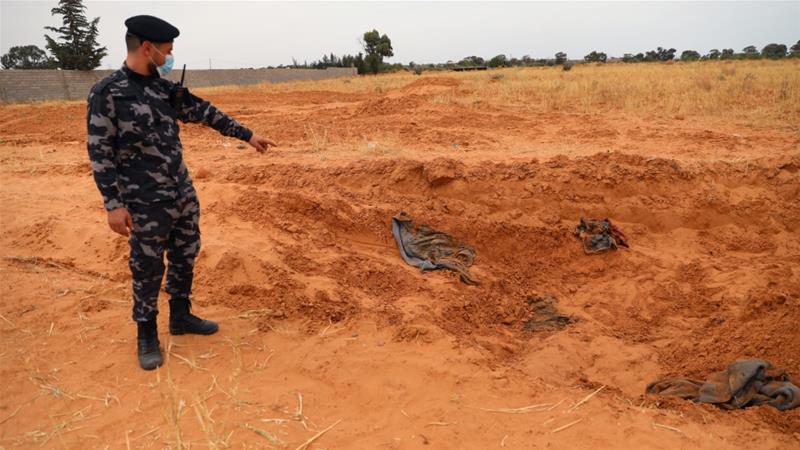 A fact-finding mission to Libya has been established by the United Nations’ top rights body after prosecutors from the International Criminal Court said that mass graves discovered recently may constitute war crimes.

The UN Human Rights Council on Monday adopted by consensus a resolution strongly condemning all acts of violence in Libya and urging UN rights chief Michelle Bachelet to dispatch a fact-finding mission to the North African country.

Libya, a major oil producer, has been mired in turmoil since 2011, when longtime ruler Muammar Gaddafi was toppled in a NATO-backed uprising.

Since 2015, a power struggle has pitted the UN-recognised government in Tripoli against eastern-based renegade military commander Khalifa Haftar, with both sides backed by rival foreign powers.

The UN resolution expressed concern at reports of “torture, sexual and gender-based violence and harsh conditions in prisons and detention centres.”

Tamim Baiou, Libya’s ambassador to the UN in Geneva, told the council shortly before the resolution was adopted by consensus that he hoped it would mark “a turning point for a better future for Libya”.

The resolution was put forward in March by a group of African countries, but the Geneva-based body was forced to suspend its main annual session for three months due to the coronavirus pandemic, postponing a vote by the 47-member council until Monday.

The council’s 43rd session resumed last week after Switzerland relaxed the measures imposed to halt the spread of COVID-19, and concluded Monday with the Libya resolution.

“We welcome the establishment of the fact-finding mission as an important and long overdue step towards ending the rampant impunity that has for years fuelled by the horrific crimes committed in Libya,” Heba Morayef, head of Amnesty International’s Middle East and North Africa operations, said in a statement.

Hundreds have been killed and some 200,000 people were displaced in Libya since the latest escalation, which began in April 2019, when Haftar’s self-styled Libyan National Army (LNA), backed by the United Arab Emirates and Egypt, launched an offensive against Tripoli, the seat of the internationally-recognised Government of National Accord (GNA).

In recent months, Turkey intensified its support to the GNA and its allied forces, which launched a counter-offensive against Haftar that has reclaimed all of northwestern Libya. 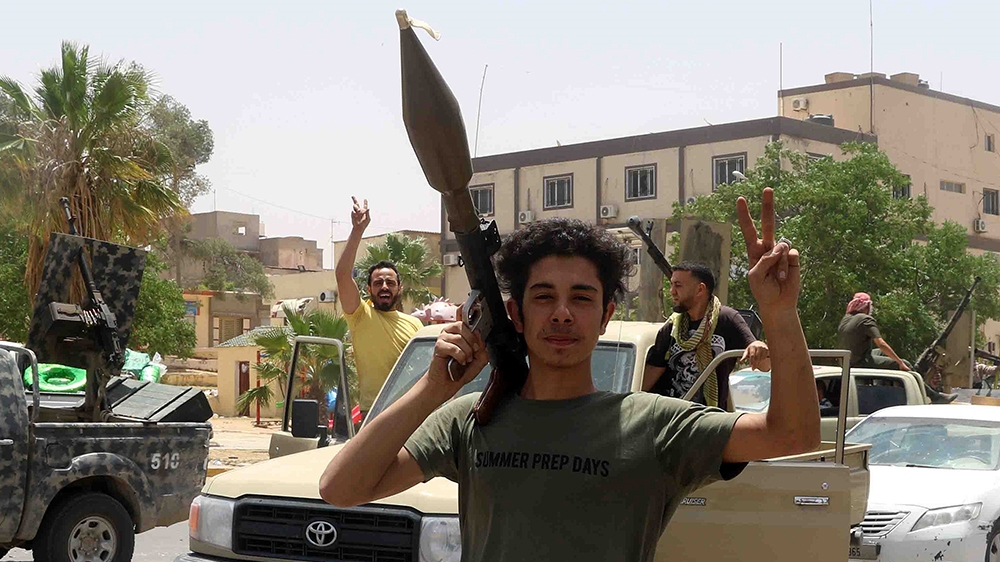 “The establishment of a fact-finding mission into abuses in Libya is a wake-up call to warlords and armed groups that they could be held accountable for serious crimes committed by their rank and file,” Human Rights Watch’s Eric Goldstein said.

The withdrawal of Haftar’s forces from locations in northwestern Libya allowed for the discovery of eight suspected mass graves, prompting rights groups to urge that they be investigated for war crimes.

French President Emmanuel Macron on Tuesday accused Turkey of playing a “dangerous game” in Libya and of going against everything it had agreed to during international talks.

“I have already had the opportunity to say very clearly to President [Recep Tayyip] Erdogan that I consider that Turkey is playing a dangerous game in Libya today and contravenes all of its commitments made at the Berlin conference,” Macron said, referring to a peace meeting earlier this year.

For her part, International Criminal Court prosecutor Fatou Bensouda said in a statement Monday that she would “not hesitate” to enlarge her investigation following the discovery of the mass graves, which she said “may constitute evidence of war crimes or crimes against humanity”.

Envoy Baiou insisted that the GNA had showen that “impunity will no longer be tolerated” in Libya.

Tripoli hoped, he said, that the resolution indicated “the international community holds the same threshold for those countries who contributed to this situation in Libya.”

Saudi-led alliance in Yemen urges end to escalation in south