Most parts of England and Wales will see dry sunny spells throughout today, with temperatures atypical for September. Some parts of the UK will see a cloudy Sunday however, with north-western Scotland continuing to see heavy rains and winds. A yellow warning for rains has been issued by the Met Office for parts of Scotland, with flood warnings issued by the Scottish Environment Protection Agency across the west coast.

He said: “Along with the dry and sunny weather, southern areas of the UK will see temperatures rise due to a combination of high pressure and warm air from the continent.

“On Sunday temperatures across central and southern England will reach into the low to mid 20’s Celsius and it’ll turn warmer still as we start the new week, with temperatures possibly reaching around 29 or 30 Celsius in the south east early next week.” 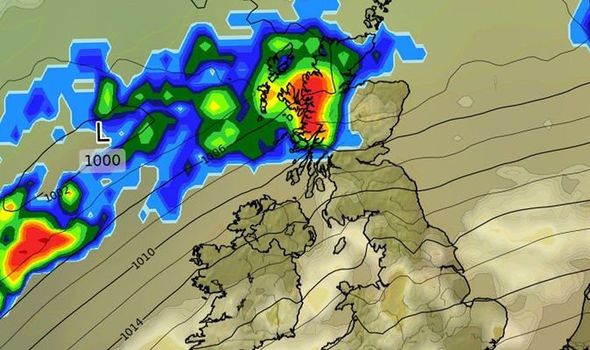 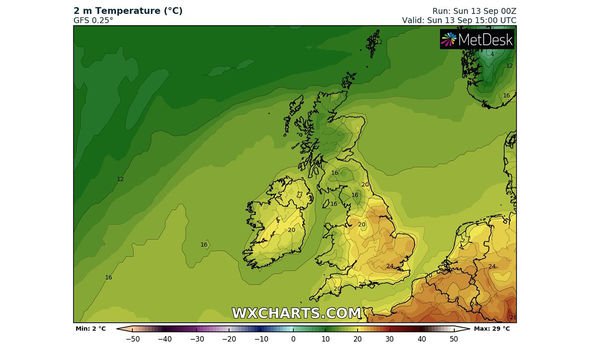 By midday today a majority of the south of England and Wales will see bright sunshine and balmy temperatures.

All told conditions are expected to remain bright and clear, with wind-speeds at around 10mph coming from the south east and no predicted rainfall. 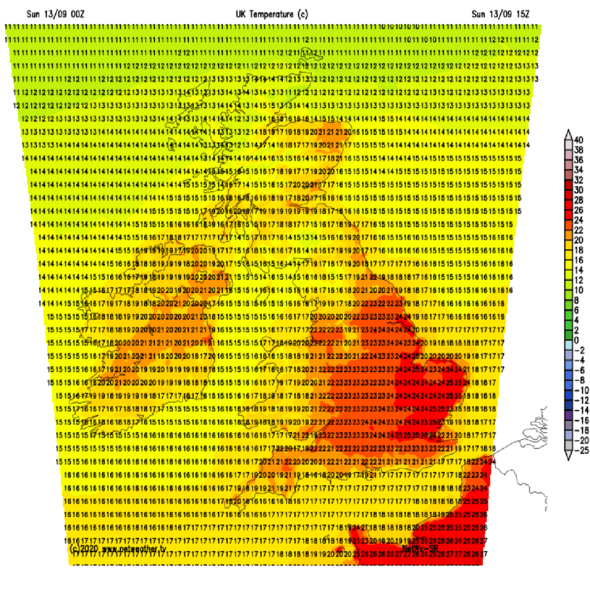 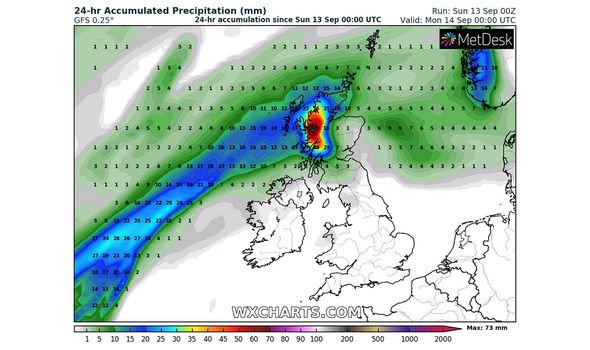 The north south divide continues into today however for Scotland and parts of northern England.

The colder temperatures come with rapid winds up to 50mph expected by 6pm along the coast.

Western and northern parts of Scotland can also expect a soaking with up to 60mm of rain over the course of the day.

Some rain is also expected throughout the country including parts of northern England.

Monday will see an end to the rainfall and winds for Scotland however, with only the northern-most tip of the country expected to see 20mm of rain throughout the day.

For the rest of the UK, midday Monday will see little to no cloud and rising temperatures not normally seen in September.

Wind-speeds will remain low as well at the start of the week, with London seeing only 6mph. 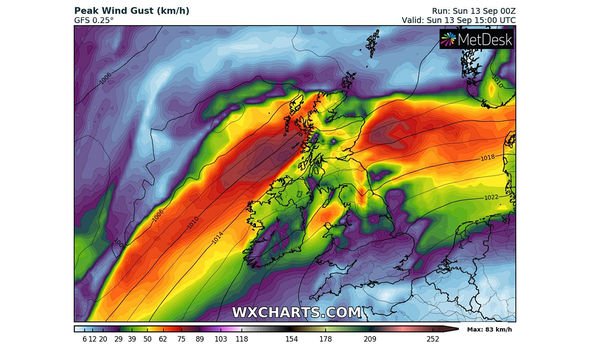 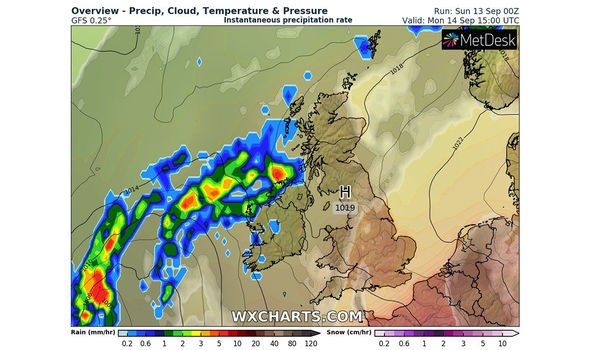 Tuesday will continue to bring the sweltering conditions for the UK, as the European heat plume moves its way further north.

Further north in the midlands and north east, highs of 20C (68F) to 22C (71.6F) are expected, with most of Scotland seeing the same balmy days.

Northern Ireland however will begin to see some rains by the end of the day, before the clouds move back over the UK.

‘There’s no way back. The people will not forgive this’