Many Britons awoke this morning (Sunday, December 6) to chilly weather. In parts of Northern Ireland and eastern, southern and central England, the Met Office is forecasting some “early fog patches” and frosty conditions. Here are the latest weather forecasts, maps and charts.

As well as potentially some fog, some areas of the country will also see some frost and rain on Sunday.

The Met Office tweeted last night: “#Sunday morning will be cold, with #frost and freezing #fog in places, along with some showery #rain across eastern Scotland and northern England”.

As well as northern England, in their latest forecast the Met Office suggest “patchy rain” will also affect parts of Wales and the Midlands.

Western Scotland is expected to see “mostly fine” conditions especially, but generally the UK will be “feeling cold” today. 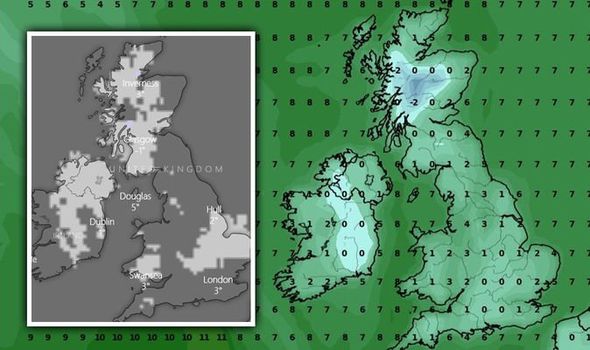 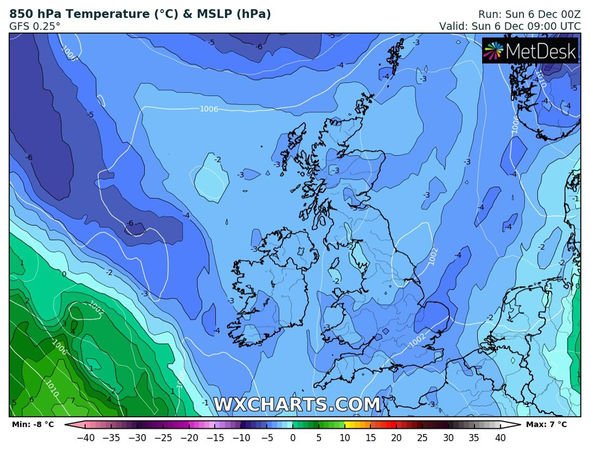 WXCHARTS maps, which use data from MetDesk, suggest today will be cold as much of the country’s minimum temperature forecast hovers around 0C.

However in some areas the temperature today could drop below 0, with some parts of Scotland potentially seeing temperatures as chilly as -2C.

Over the next three days, Windy weather maps also suggest some areas could see some new snowfall.

Any new snow over the coming days is forecast mainly for Scotland, but some areas of northern England could also potentially see some too.

Follow Express.co.uk for the latest weather updates. All times in GMT, refresh your browser for updates. 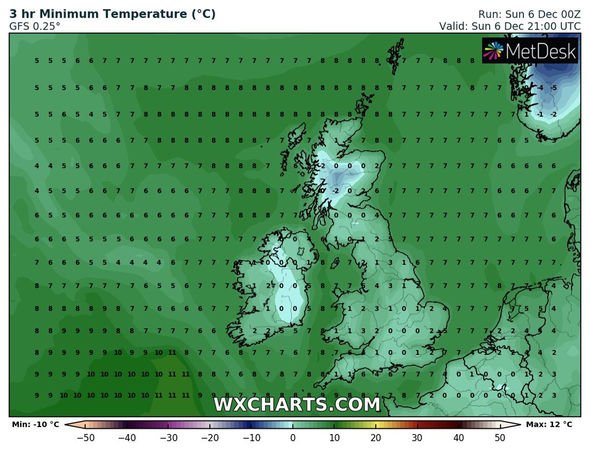 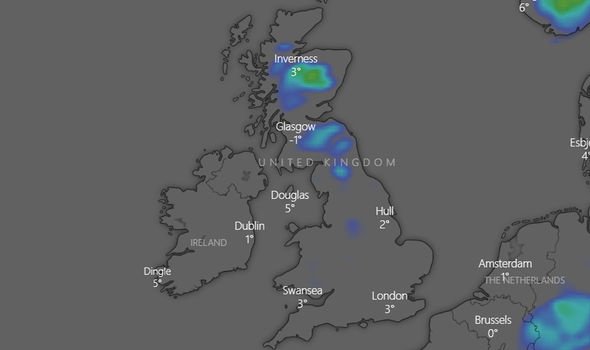 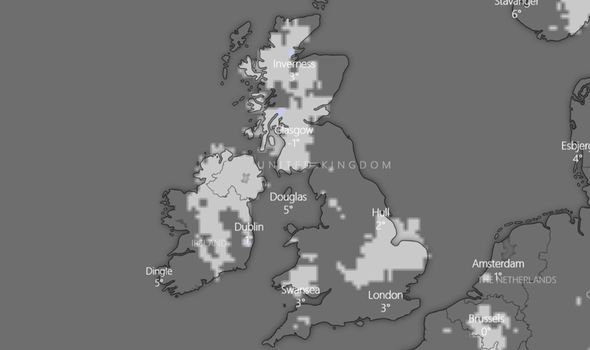 8.15am update: Further snow could fall next week

In some areas of high ground, further snow could be expected to fall next week, according to the latest BBC weather forecast.

BBC meteorologist Chris Fawkes said: “As we go through Monday night into Tuesday, we will see some snow for a time over the high ground of the Pennines, and perhaps the North Moors, and more generally in Scotland.”

8am update: Fog blankets parts of Britain this morning

Although the majority of the snowfall this week has already passed, there is still some snow over high grounds areas of the UK.

Many parts of the country will also see some fog this morning, as well as some cold weather across the board.

BBC Weather tweeted earlier on Sunday: “Here’s how it looks out there at the moment… dry and cold for many with some patchy fog, but with a bit of rain in places – and some snow over the highest ground.”