Home » World News » UK weather forecast: What will the weather be like this week? Will it get hotter?

UK weather forecasts for the weekend predicted another sweltering break for much of the country, with high temperatures marking another brief heatwave. Highs of 27C took to the southeast, with people crowded at the UK’s most picturesque beaches for a day of sunbathing. The weather will likely have left questions about the week ahead, and whether the country is in for another heatwave.

The weather will stay on the warmer side this week but it won’t quite match up to the weekend.

In the southeast today, temperatures reached maximums of 22C thanks to wall-to-wall sunshine.

According to the Met Office, in the evening, the country will remain mostly dry, with clear skies making it colder in rural areas. 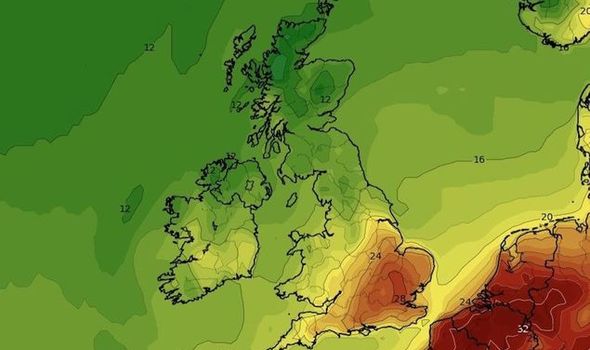 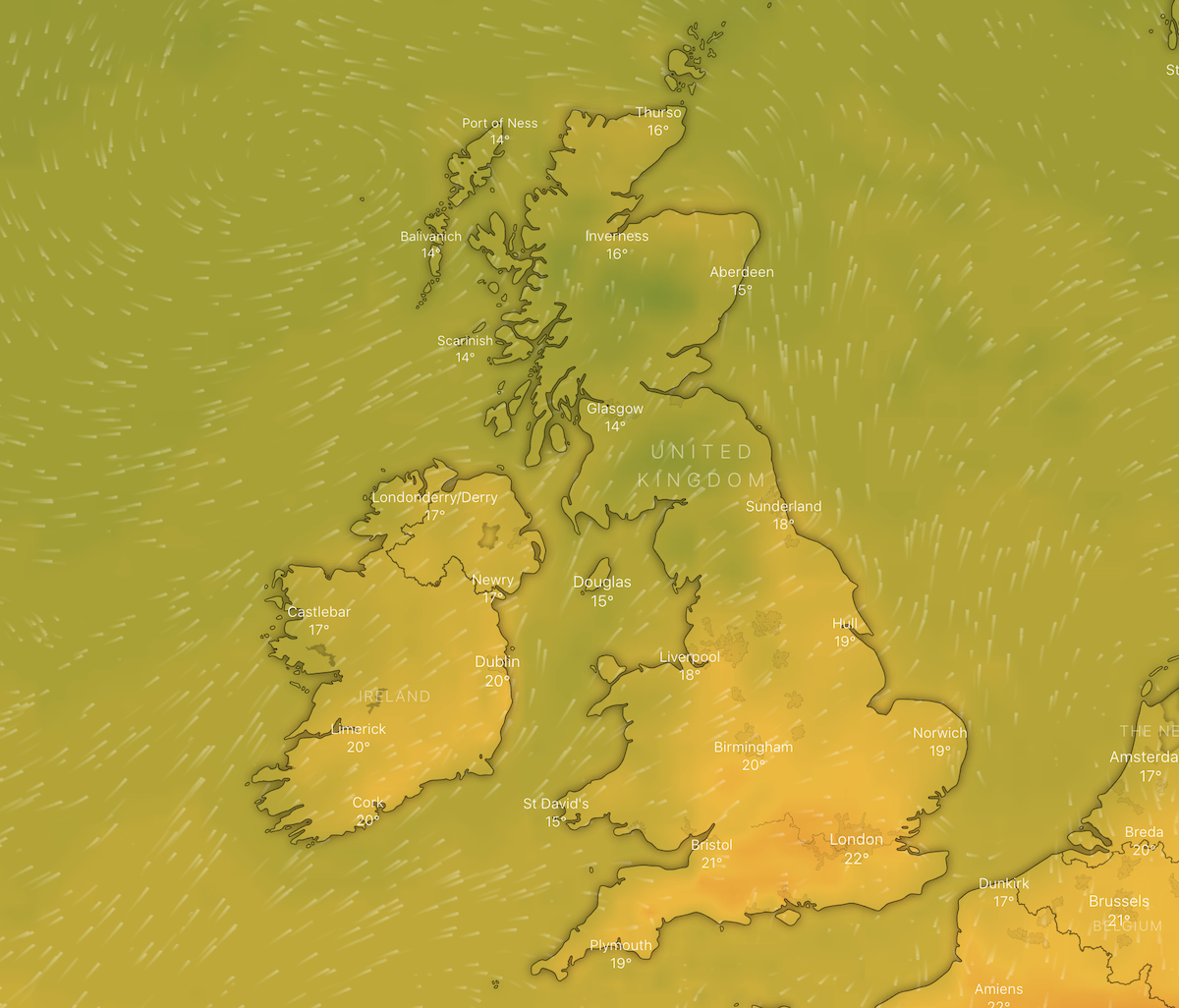 On Tuesday, forecasters predict another sunny, warm day, but with more clouds in the sky than today.

From Wednesday to Friday, forecasters believe the weather will remain much the same.

However, in some places, the forecast might turn cloudier towards the end of the week. 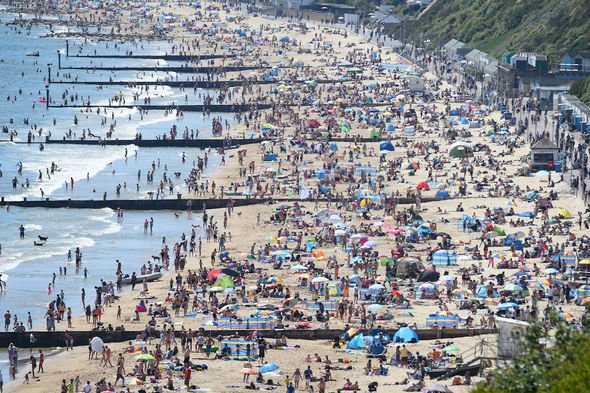 From July 23 to 24, the forecast reads: “Becoming increasingly cloudy after a bright start on Thursday.

“Brightening up on Friday, the odd shower. Temperatures near or slightly above normal.”

Despite the glowing predictions for the rest of the week, the weekend likely will not look as glorious as the one just gone.

Met Office forecasters believe the weather will see a turn for the worse, with potential downpours. 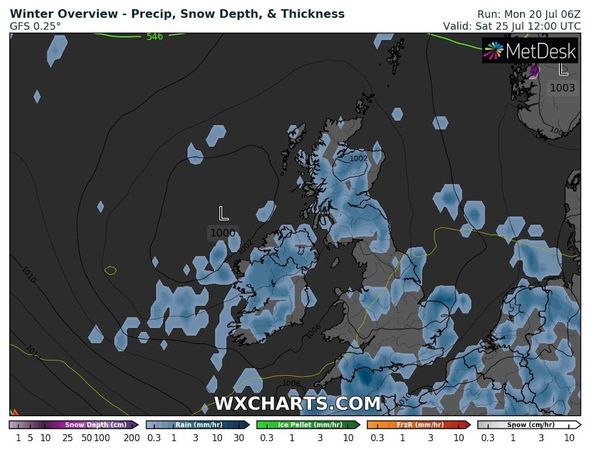 The long-range Met Office forecast, which covers July 23 to August 3, predicts any warm spells will stick to the south.

“Cloud, outbreaks of rain and breezy conditions will push in from the west throughout Saturday, spreading to most areas of the UK by the afternoon.

“Cloud may break up to bring some sunshine later in the day, though there is the risk of some heavy, possibly thundery downpours developing too.”

“A similar picture seems likely for Sunday and the beginning of next week.”

“Further spells of rain and stronger winds are expected, primarily in the north and northwest with the best of any drier weather further south.

“More settled weather is possible towards the end of July, especially across the south, though unseasonably wet and windy conditions are likely to return from the northwest.

“Temperatures around average, with any warm spells most likely in the south.”