After parts of Britain were plunged into the winter freeze with snowfall over the weekend, it seems the low temperatures are set to continue with bitter winds set to batter the north western regions of the UK, including Liverpool.

Temperatures will also plummet as low as -2C in Southern regions with the midlands seeing lows of -1C and 0C in London, according to WX charts.

The Met Office has warned of frost and showers set to rip the UK making it’s way through Scotland and the East of England on Monday evening.

This is set to continue throughout the week with Scotland being the worst affected.

There are currently more than 30 flood warnings in place across the UK. 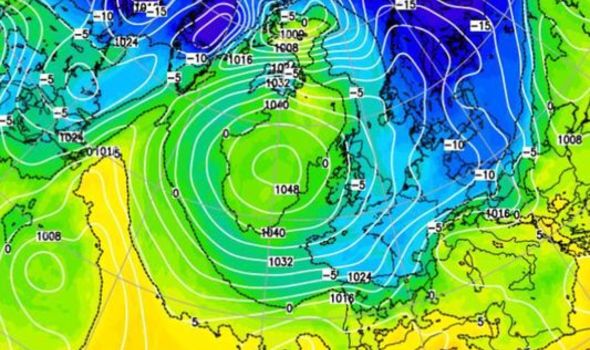 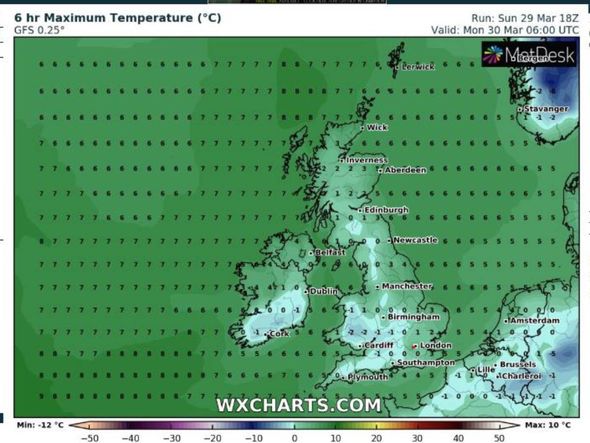 Temperatures will be further hampered today by a bitter northeasterly wind and grotty patches sleet in places.

Temperatures will remain around zero for a lot of the week, turning incoming heavy rain showers into sleet, snow and hail.

That turbulent weather is expected to batter the eastern coast and gradually move inland, before heading for the high ground in the north later on.

Met Office Chief Meteorologist Dan Suri said: “It will stay drier and brighter elsewhere, even so, it will be a marked change from the 18 or 19 Celsius we have been seeing in a few spots this week. 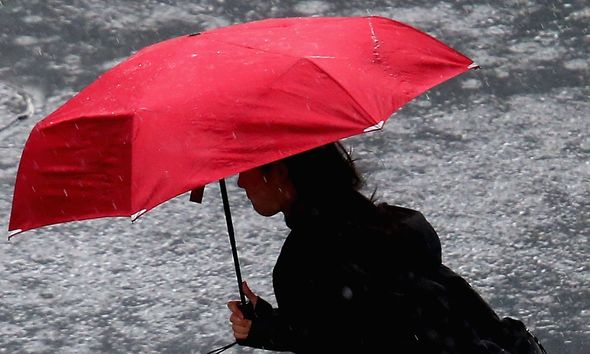 “This cold, bright weather is due mainly to a high-pressure system that is developing to the west of the UK, which will bring cold air down from the north.”

The rest of the week will see intermittent heavy showers breaking up any dry spells.

Wintry showers will affect central and eastern areas, where many of the flood warnings are currently in place.

Showers will persist in central and eastern areas today, with some heavier showers sticking around in the southeast. 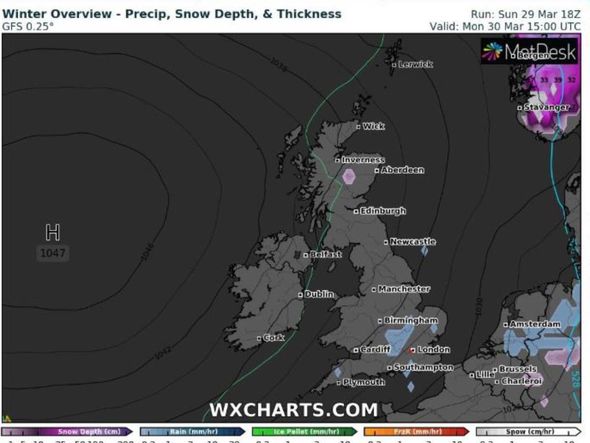 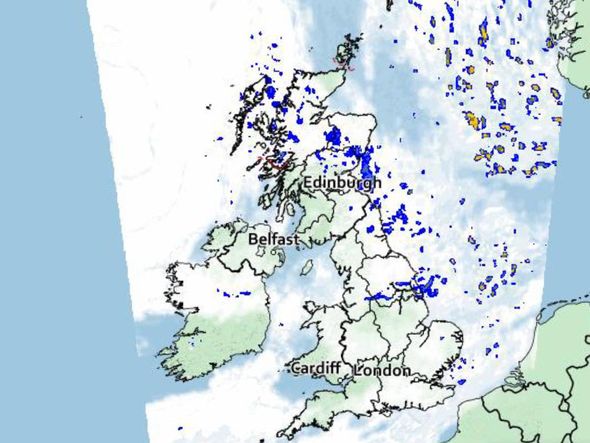 The gloomy weather will continue for most of this week with more cloud, light rain, and wind expected for Scotland and Northern Ireland on Thursday.

It comes after the UK saw snow fall across many regions on Sunday.

Snow was spotted throughout the entire eastern side of England as far north as Newcastle and as far south as Kent.

Met Office forecaster Greg Dewhurst said on Sunday: “Nothing is really settling apart from on top of the Moors and Pennines, about 1-2cm.

“They are in the form of showers so they are coming and going and the sun is melting things quite quickly.

“Compared to during the week, it’s going to feel a lot colder for many if they are doing their exercise and it’s fairly windy as well.”

It is expected to stay dry across the rest of the UK, which could continue to bask in sunny spells on Sunday. 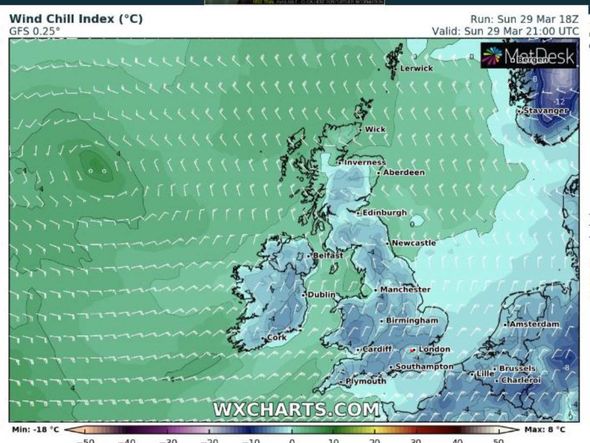 “There will be some showers in the east and north but they should generally fall as rain.

“There will be some showers in the east and north but they should generally fall as rain. “