A sweltering plume from the Continent bolstered by glorious golden rays will push temperatures towards the mid-20Cs at the start of next week.

Sun-lovers could be set to bake in one of, if not the, hottest March day on record on Tuesday as tropical air engulfs swathes of the country.

However, forecasters warn not to put the woollies away with snow and bitter winds expected to return by Easter.

Britons should make the most of the warm weather over the next few days before wrapping back up for winter’s parting shot.

The mercury is likely to nudge the monthly record of 25.6C (78.8F) on Tuesday–more than 15C above average for the time of year. 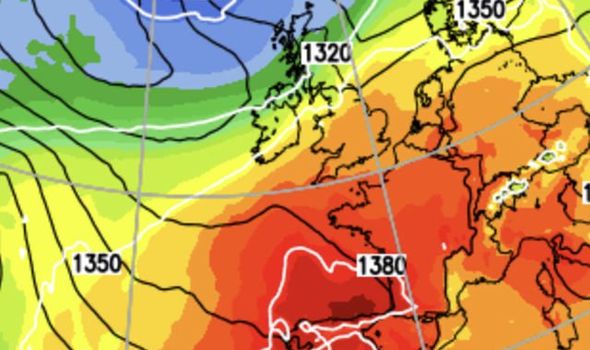 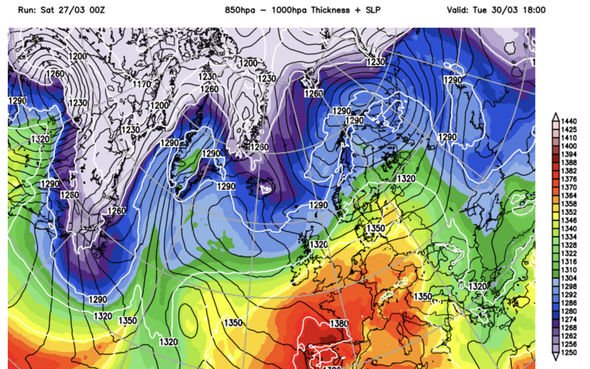 Jim Dale, meteorologist for British Weather Services, said: “We could get close to the record temperature for March next week, but it is more likely we will see something around the 24C-mark (75.2F).

“This is being driven by a plume from the Continent bringing a warm southerly flow for a couple of days just after the weekend.

“The warmest days will be Monday with the heat building into Tuesday. This will be a real burst of barbecue t-shirt weather.”

Spring heat unlike any seen at this time of year for around a century could see daily records for March fall at the start of the week.

The overall monthly record of 25.6C was recorded in Mepal, Cambridgeshire, on March 29, 1968, when the mercury soared above the 9C maximum average.

The summer-like surge will arrive as the latest lockdown easing measures kick in allowing up to six people to gather outdoors from Monday. 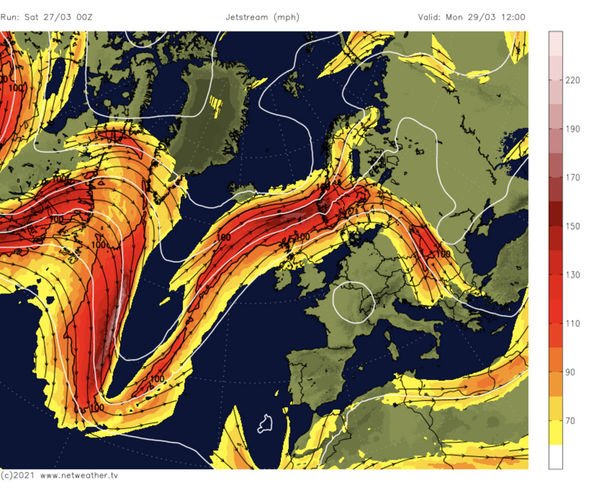 BBC meteorologist Ben Rich said: “Into the start of next week, this is where the warm weather comes in.

“A south-westerly flow of winds will bring some pretty warm air in our direction from Monday to Tuesday.”

Baking sunshine will make it feel like early summer during the start of the week although the glorious weather will quickly fizzle out.

Temperatures will crash below freezing in parts of the country through the end of the week and into the Easter weekend.

Lows of -2C largely across northern and Eastern Britain will bring a risk of snow while much of the UK struggles to rise above single figures.

Mr Dale said: “The hot weather at the start of the week really is going to be a very brief burst of joy.

“It will start to unwind big time from mid-week onwards and into Easter, and there will be the risk of wintry showers in parts.

“This isn’t so unusual though. a White Easter is more common to see than a White Christmas.

“We are going to go from one extreme to the other over the next week, from unusually warm to very cold again.”

The frenetic changes in weather will be driven in part by the jet stream swerving chaotically over the UK.

Sub-tropical air will flood in towards the jet’s southern side at the start of the week before Arctic air pushes down from the north ahead of the weekend.

John Hammond, meteorologist for weathertrending.com, said: “The jet stream is getting a wriggle on.

“A feed of sub-tropical air will allow temperatures to build through the early part of the week.

“From midweek, a huge kink in the jet stream will emerge in the Atlantic.

“Temperatures will fall dramatically from the north as Easter approaches and, by Good Friday, northerlies will be making their presence felt nationwide.”

Bookmakers are hoping punters will hedge their bets on the warm weather slashing the odds on records falling.

Ladbrokes is offering 4-1 from 8-1 on the 1968 record tumbling next week with a less likely 6-4 on the hottest ever Easter Sunday.

“There’s a chance this month plays host to the hottest March day ever.”

Coral is looking further ahead offering 3-1 on the hottest summer on record and 2-1 on the warmest spring.

Spokesman Harry Aitkenhead said: “We’re going to go through a spell of cold weather now but once that is out the way the temperatures are going to soar and we think there’s every chance now of this spring being our warmest ever.”