Many across the UK woke up this morning to power outages as the country records the windiest weather since Boxing Day. Wales saw the highest wind gusts since February last year, with strongest gusts of 86mph.

The Met Office has issued a yellow weather warning across England due to “strong winds accompanied by heavy and blustery showers”.

They tweeted: “Strong winds will affect much of England and Wales on Thursday morning, these strongest in eastern areas at first.

“Gales will lead to a risk of some disruption in places.

“Most areas will have a mixture of sunshine and showers and it will feel much colder than on Wednesday.” 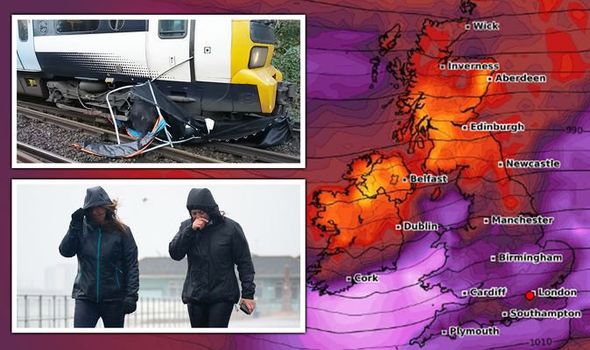 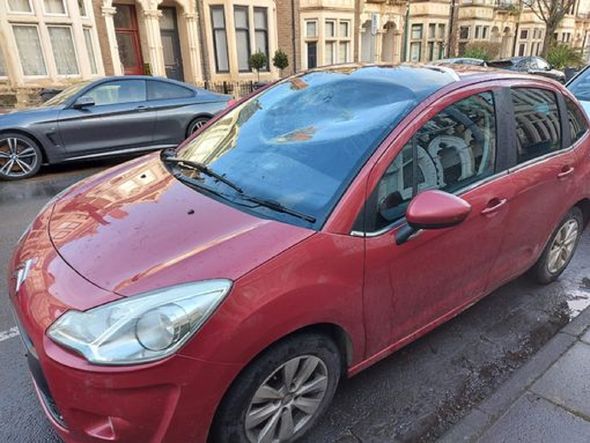 Gareth Morrison, head of the charity’s water safety, said earlier this week: “Whether you are running, walking or cycling at the coast, please be extra responsible and avoid taking unnecessary risks or entering the water.

“In particular, we ask people to stay well back from stormy, wintry seas and cliff edges, check tide times before you go, take a phone with you and call 999 or 112 and ask for the coastguard if you or someone else are in trouble.”

Liam Sullivan from Scottish Power, which looks after properties in north Wales, said there were still a number of homes without power this morning. 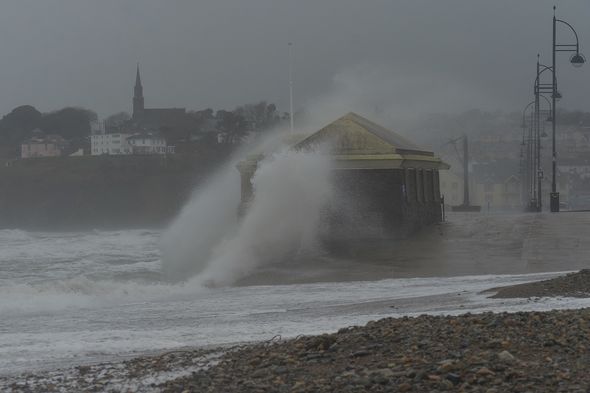 He told BBC Radio Wales: “People are waking up and still seeing very strong wind speeds and we have been working through the night to restore power to customers.

“We have got about a couple of hundred customers left off supply which we will aim to restore over the course of today.”

Southeastern Railway revealed power lines in the Tonbridge area had been switched off due to an obstruction on the line.

They tweeted: “Due to an obstruction on the line near #Tonbridge, trains are being delayed in the area and may be revised or cancelled.

“Power to lines in the #Tonbridge area has been switched off, to allow response staff to attempt to safely remove the object from the lines. Updates to follow.

“The reason for the delay at #Tonbridge is this trampoline, which is lodge under a train which thankfully had no passengers on.”

The strong winds have caused delays up and down the country with bridges and roads closed due to fallen trees, lampposts and accidents.

There was queuing traffic along the M4 eastbound due to an overturned car and the M48 Severn Bridge was closed in both directions. 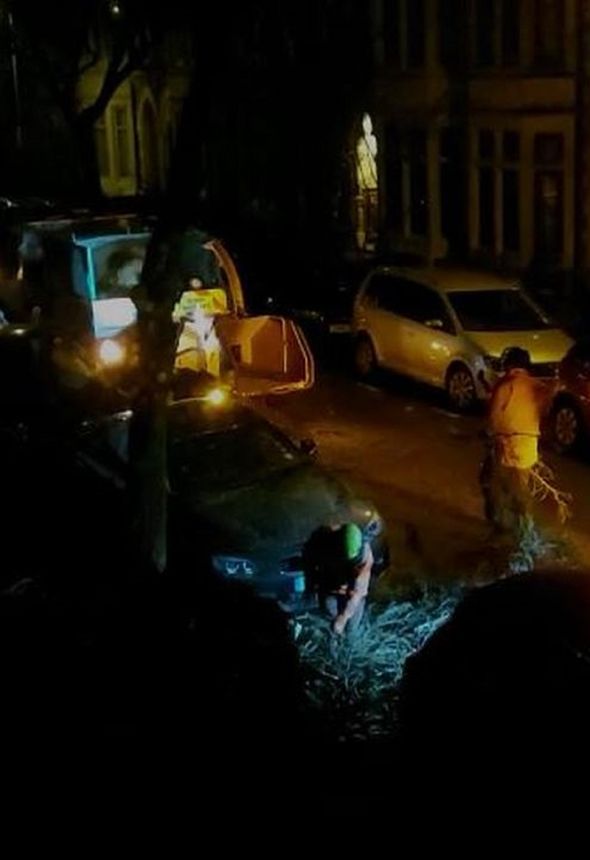 Gloucestershire Police confirmed a number of trees had fallen across the county and a road was closed due to an overturned lorry.

They tweeted: “We’re dealing with lots of weather-related incidents this morning, in the Cotswolds & Stroud areas.

There are currently no weather warnings in place for the weekend but meteorologist Greg Dewhurst said it will have an “unsettled start”. 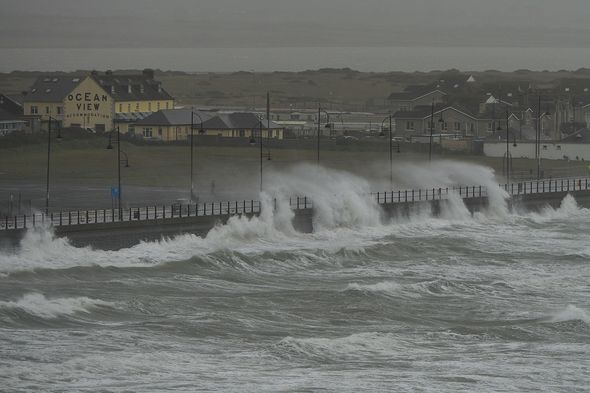 Mr Dewhurst said: “The weekend is set to have an unsettled start but nothing usual for the time of year.”

He added: “We could see some strong winds during the early hours of Saturday morning and lots of heavy showers around particularly in the west.

“But as we go head into Sunday they should become less frequent and not quite as heavy, so it is an unsettled start but as the weekend goes on the winds will start to ease a little bit.”