The spectacular flash followed by a loud roar was captured on film as it occurred shortly after midnight last night. A CCTV camera captured the moment the burst of light lit up an entire street before the dense boom startled sleeping homeowners. The freak weather event took place over Conwy county in Wales following widespread snow across the UK over the weekend. The phenomenon is believed to be called ‘thundersnow’ – a rare form of thunderstorms with lightning occurring during a snow shower rather than with rain.

NorthWalesOnline has reported how locals took to Facebook to ask what it was, with one person saying it was “a big lightning flash first, then thunder”.

One said it “scared to me death”, another added: “My whole lounge lit up orange,” while another said: “My heart is beating so fast it made me jump.”

Met Office website explains that when thunderstorms coincide with snowy conditions they can sometimes trigger heavy snowfall and “thundersnow” is when this snow then combines dramatically with thunder and lightning.

At night the lightning appears brighter because the light reflects off the snowflakes, however, the snow contained in the thunderstorm dampens the sound of the thunder. 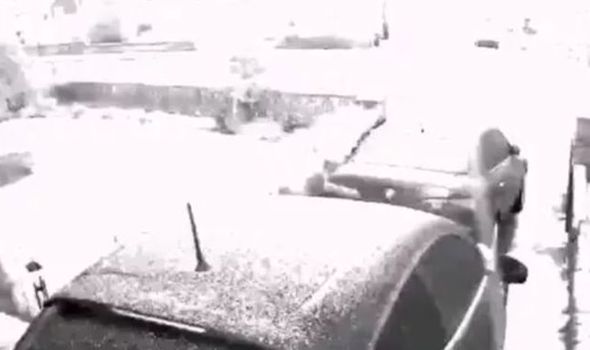 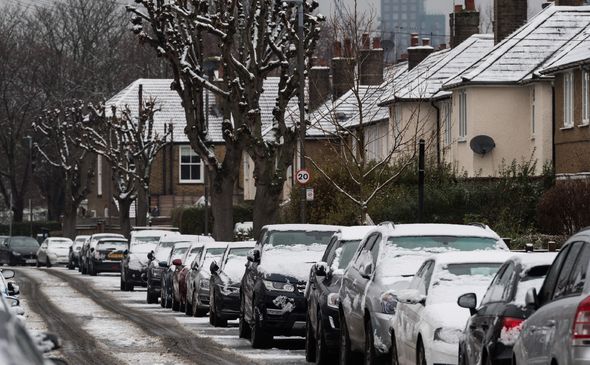 It comes as the Met Office said the weekend’s snowfall should remain on the ground through Monday, and the week is expected to start cold and bright for much of the UK.

However, some areas of the UK can also expect to see some further snow today.

The Met Office forecast for Monday states most areas will be “fine, dry and bright”, but “wintry showers” may continue over north and west Scotland, as well as potentially over the Irish Sea coasts of north-west England and north Wales.

The Met Office tweeted this morning, urging people to be careful as icy conditions are likely.

The meteorological agency said: “Take care if you do need to go out this morning, as untreated roads and pavements may be slippery.”

But the icy stretches are already wreaking havoc across the UK as Sunday’s snow starts to melt.

The forecaster warned people to be wary of ice on the rods and pavements, saying there will probably be “some icy patches on some untreated roads, pavements and cycle paths” along with the potential for injuries.

In Scotland and parts of northern England, a snow warning is in place from 11am on Tuesday until 11.59pm. 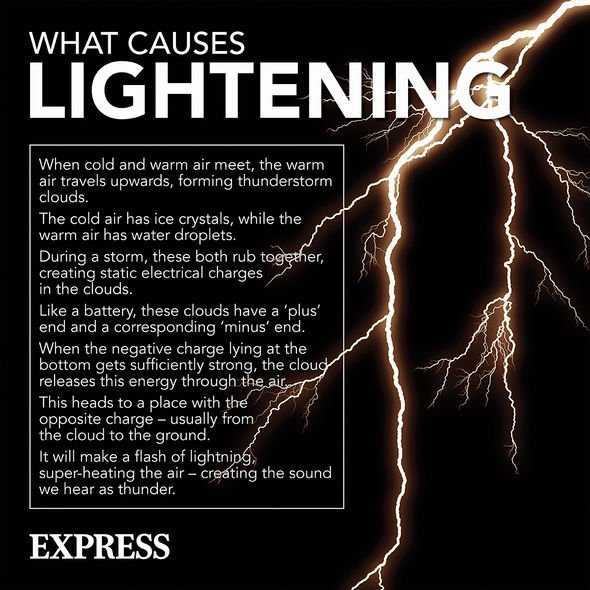 The region has already seen plenty of snow in recent days, which followed on from a week of torrential rain and wind thanks to Storm Christoph, which sparked flood warnings across the northern part of the UK.

But weather maps show that by Wednesday, temperatures will start to climb again, marking an end to the recent cold spell.

Met Office meteorologist Simon Partridge said: “It’s a bit of a rollercoaster from cold and wintry conditions to wet and windy ones.

“We are keeping an eye on rainfall totals because there are some areas that are very sensitive to rainfall and there is further possible flooding as we go through the second half of the week.”