April have been one of the warmest on record as Britons were told to stay indoors amid the coronavirus pandemic. From today, however, that will all change as a weather cell blowing in from the Atlantic will cause “power showers” and the rain will continue until May.

The worst affected parts of Britain will be the Midlands and Wales, where it is expected that there could be 30mm of rain in just 24 hours.

Following balmier temperatures of late, normalised spring weather will return with even 50 mph gales to hit on Thursday.

Forecaster Marco Petagna has warned that we will need to prepare for the chillier days ahead. 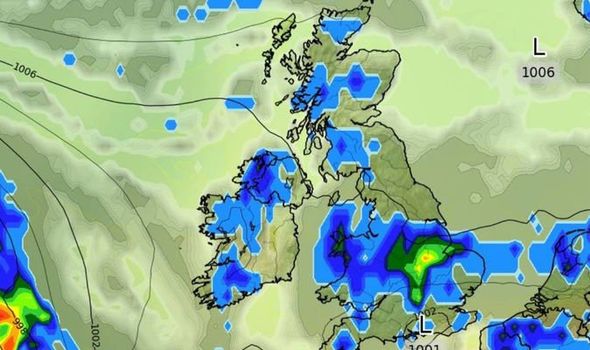 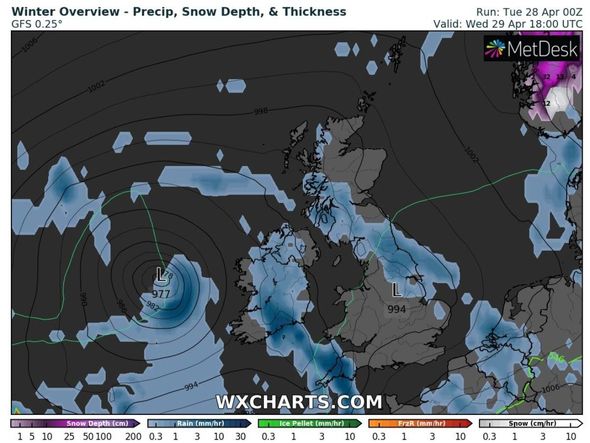 He said: “ In central and southern England, tomorrow will be a cloudy, wet day, with showers getting quite heavy at times,

“Some areas will struggle to get above 8C.

“These areas will have been more than 10C higher in the past few days, so it’s a big change.”

The north-east and Scotland will become dry and bright before it becomes wet and cold. 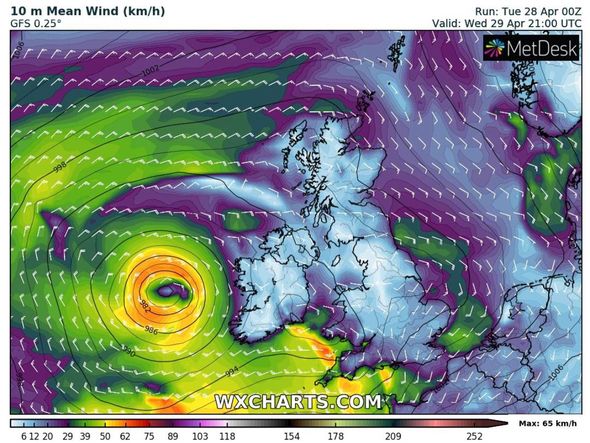 In the next week, it will rain five inches, tipping over the average for the month.

Brian Gaze of Weather Outlook has said: “ April is going from awesome to awful, with a wet end to the month and start to May.”

“It’ll possibly be drier on Friday,” he said.

“Into the weekend, temperatures could pick up to the high teens again.” 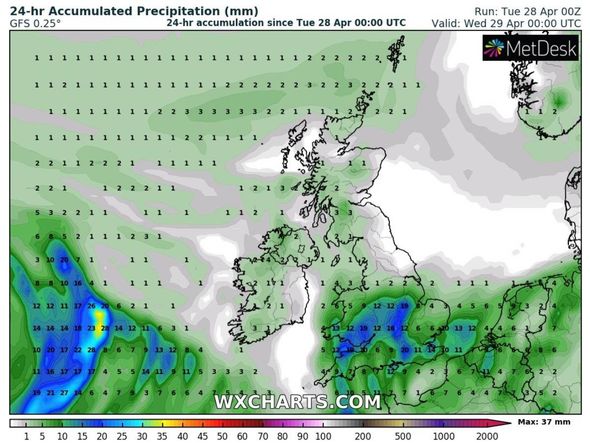 Netweather forecaster Jo Farrow has said that temperatures throughout the country will be around 11 or 12C.

She said: “There is a high pressure over Iceland today and tomorrow which will bring cooler air down from the north to the UK until the low pressure moves in on Wednesday.

“ Some parts of the UK haven’t had air temperatures above 12C anyway in weeks, but the glorious sunshine has been cheery. This week temperatures will be in the teens, settling to the mid-teens and away from the low 20sC and 24C of last Thursday.

“ There is more moisture in the air, unstable conditions and so more scope for convection. 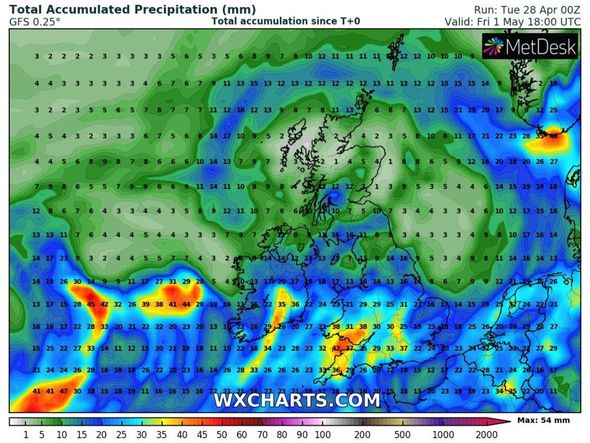 “When the high was nearby there was slowly descending air, now we have some lift in the atmosphere and so there will be showers as well as frontal bands of heavier rain.”

The cooler weather will hopefully make it easier for people to stay inside their homes, as sunshine prompted many to flout lockdown laws over the weekend to head out to local parks.