Venues including outdoor sections of pubs and restaurants, clothes shops, hairdressers and theme parks will be reopening in England on Monday, along with non-essential shops in Wales and outdoor retailers in Northern Ireland. Pub-goers could bask in temperatures of 14C on Thursday, April 15, in north western parts of England, including Liverpool and also Londonderry in Northern Ireland, according to WXCHARTS. Southern parts of the UK could see 12C in Bristol and 11C in London, while north eastern regions including Durham could see double figures of 10C strike.

Brian Gaze, a forecaster at Weather Outlook, warned the first part of the week could be cold after an Arctic blast grips the nation this weekend.

But he added conditions should become more settled towards the end of the week as high pressure arrives.

He said: “Early next week temperatures gradually edge upwards in the southern half of the UK but in the north it stays cold.

“In Scotland there is a risk of showery sleet or snow. 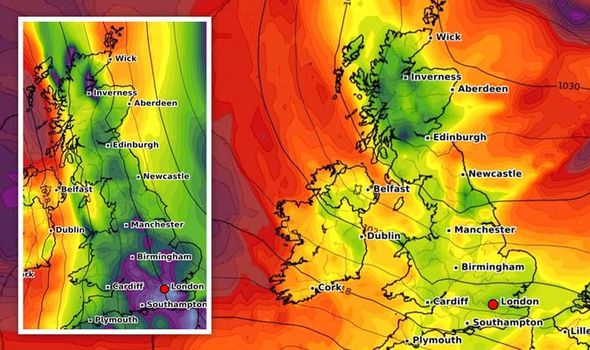 “Elsewhere showers or longer spells of rain are possible.

“Through the middle of the week it probably becomes more settled as high pressure builds.

“Daytime temperatures recover but the chance of nighttime frosts remains.”

He added the end of the month could also feel “quite warm” as summer starts to arrive. 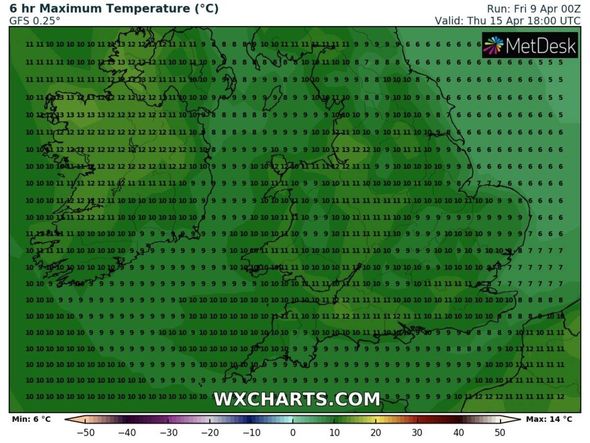 Mr Gaze said: “Close to average temperatures are forecast when taken over the period as a whole and in the drier spells it feels quite warm.

“There are signals for a rather unsettled start to be replaced by a drier spell which may last until the final week of the month.”

The Met Office’s long-range forecast between Tuesday, April 13, and Thursday, April 22, added next week would likely see a mix of sunshine and rain.

The forecast said: “Changeable conditions are expected for most areas early in this period with a mixture of sunny spells and showers for most parts of the country. 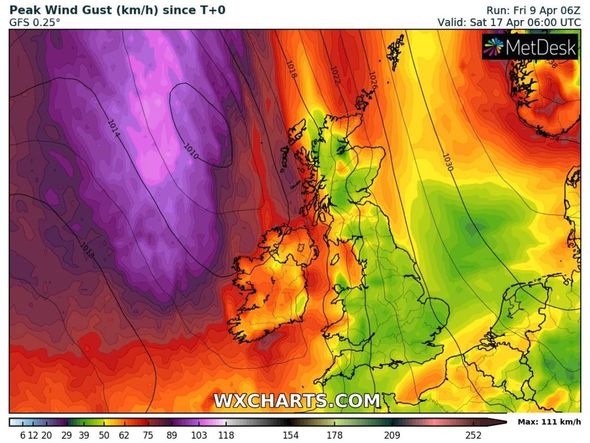 “The west and northwest have the greatest chance of seeing any spells of more prolonged rain and stronger winds.

“Temperatures likely still below average at first, slowly recovering back to closer to average.

“Confidence then becomes low in the prevailing weather patterns during mid-April.

“There are most likely to be further spells of unsettled weather with some showers or longer spells of rain crossing all parts of the UK. 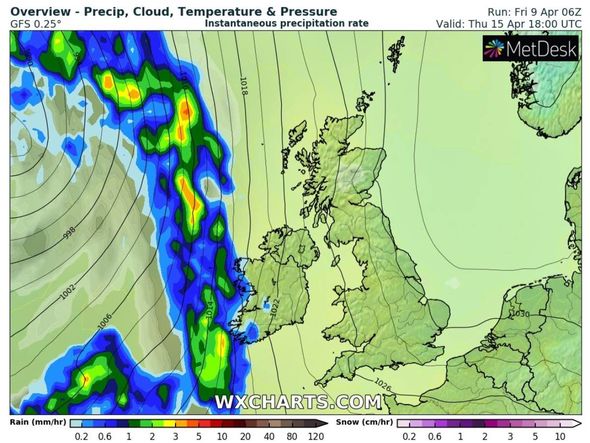 “This will be interspersed with drier and brighter interludes.

“Temperatures are expected to be at or slightly below average for this time of year by the end of the period.”

The BBC also predicted next week to start on a cold note but gradually become warmer during the second half of the week.

The forecast between Monday, April 12, and Sunday, April 18, said: “The brisk and cold winds will ease, as we head into the second half of next week. 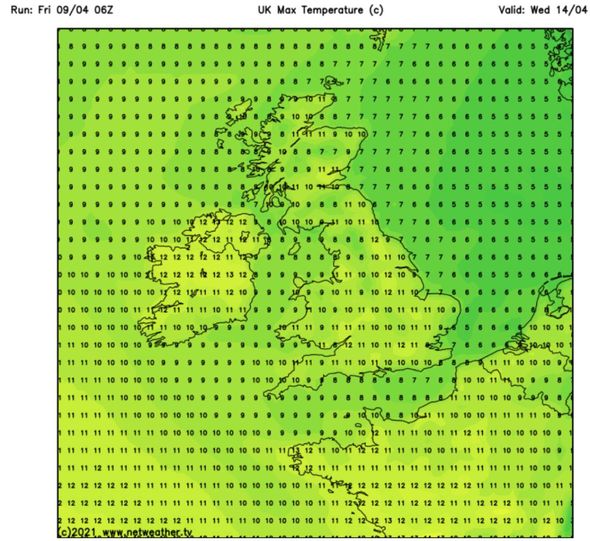 “Temperatures will be nothing to write home about, though, staying just below average, or near normal at best.

“Low pressure will move farther way to the northeast and a high pressure ridge looks like it could develop, extending northwards from France.

“This should bring some drier conditions for a while, with chances that it will grow into a somewhat stronger area of high pressure over the UK by the end of the week.

“This would steer low pressure systems away, bringing calmer and drier conditions by the end of next week.”