The cold front that arrived on Friday will “squeeze the warmth away to the south”, according to Netweather’s latest forecast. Heavy showers and average temperatures of 17C will hit the north of England. But London and Sussex are expected to be blasted with highs of 25C today.

Terry Scholey at Netweather said: “The front should be straddling Wales and central parts on Saturday giving cloud and mostly light rain, with perhaps the odd heavier burst.

“To the North of the front over Scotland, Northern Ireland and the far North of England, it’ll be a day of sunny spells and scattered showers, these mainly in the North and West where some will be heavy.

“Top temperatures in the North 13 to 17C in a moderate of fresh South-West wind.

“In the South, it continues humid, but with a lot of cloud. 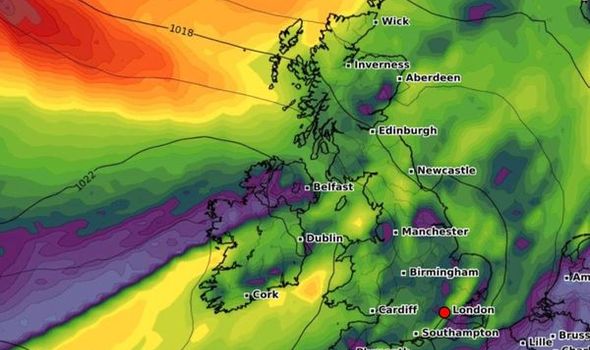 “This should break at times though to give some sunshine mostly towards the South East, making it very warm here again.

“Most places stay dry, although the Midlands and Lincolnshire may see a few showers.

“Winds mostly light South Westerly, with top temperatures 19 to 23C but 24 perhaps 25C across London and towards Sussex and Kent.”

He added the south-east will see a “summery evening”. 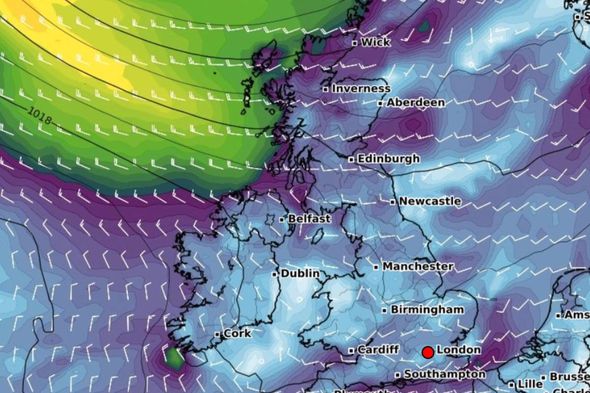 Mr Scholey said: “The far South-East may see a summery evening, but much of the South see cloud and patchy rain after dark.

“Elsewhere there’ll be clearing skies, with just a few showers in the North and West.

“Lowest temperatures 8 to 12C in mostly light Westerly breeze, with the South turning somewhat cooler and fresher towards morning.”

The latest forcast on Weather Outlook also revealed there “will be a north to south split in the weather today”. 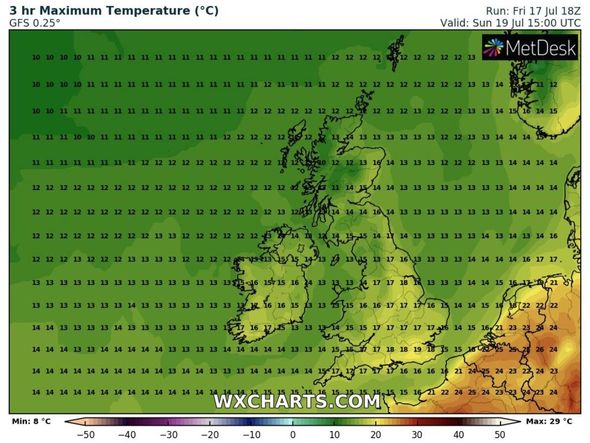 Its forecast said: “The outbreaks of rain slowly push southeastwards and fragment.

“Much of southern England stays dry until late in the day and there will be some sunshine.

“Areas to the north have sunny spells but showers bubble up in Scotland and there could be some heavy ones in the west. 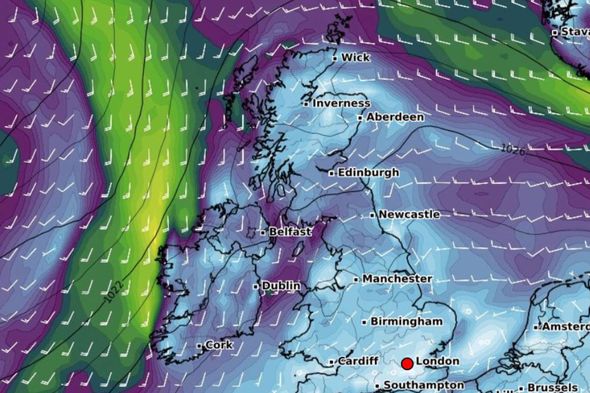 “There is uncertainty about the timing and it may stay wet near the south coast and in the south eastern corner until the afternoon.

“The rest of the UK has sunny spells but there will be showers in Scotland.”