Warm air from the Atlantic is expected to send temperatures soaring across western and southern parts of the UK at the end of May. The latest temperature models from Netweather suggest north western regions could bask in 17C on Thursday, May 27, including Cumbria, Manchester and the Midlands. In the south west, Bristol and Cornwall could bake in highs of 19C on the same day.

The charts then show southeastern parts of England, including London, Essex and Kent, all hitting sweltering highs of 21C a day later on Friday, May 29.

The north east is expected to be cooler during the last week of May, with Grimsby and Skegness seeing an average of 15C.

Brian Gaze, a forecaster at Weather Outlook, predicted warmer temperatures by the end of the month.

He said: “Early on a drier and more settled spell may develop for several days. 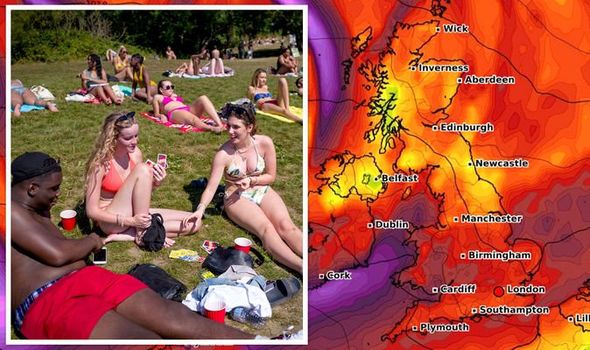 “In the south it could become quite warm.

“Later on a transition back to more changeable weather is favoured.

“Rain amounts and temperatures become close to the norm for the second half of May.

“Therefore, some warm or even very warm days are possible. 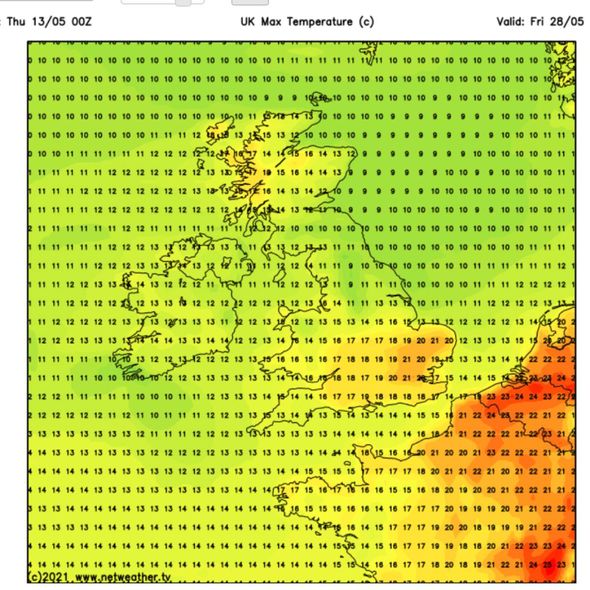 “However, there isn’t a signal for more generally settled conditions.”

The BBC’s long-range forecast between Sunday, May 23, and Sunday, June 6, added warm air from the sub-tropical Atlantic could cause temperatures to soar from next week.

The forecast said: “There’s potential for some warmer air from the sub-tropical Atlantic to reach southern areas for a few days too, bringing temperatures briefly above average.

“Confidence is medium for next week, mainly due to the low pressure system around midweek. 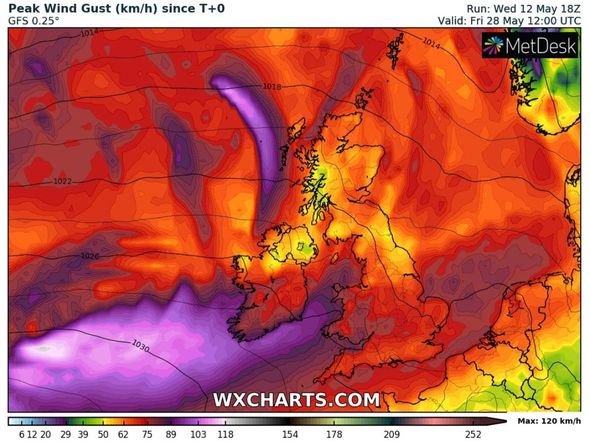 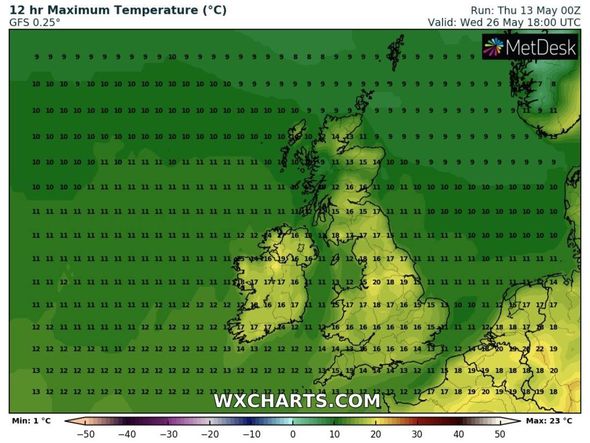 “We have high confidence it will be a cooler, wetter than normal week for most mixed with some sunny spells in the afternoons.

“The main risk for the forecast is that high pressure in Russia shifts too far west and reaches Poland or Germany.

“This would send warmer air into the UK from the south, and while it would still be wet it would also be much warmer with temperature a few degrees above average.

“There is perhaps a 30 percent chance of this developing.” 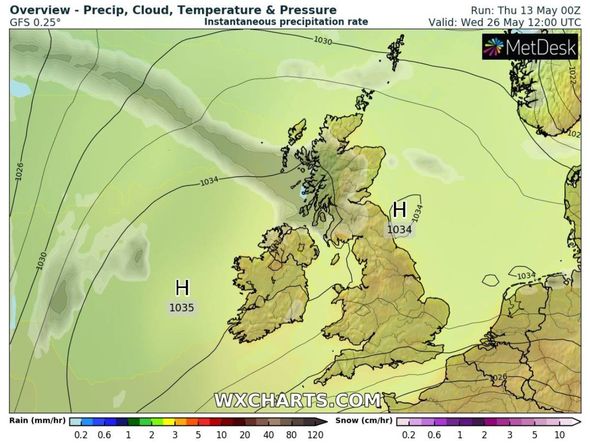 The Met Office also suggested the end of May could see dry and settled conditions as summer prepares to officially arrive.

The forecast between Wednesday, May 26, and Wednesday, June 9, said: “Confidence remains low for this period, although typical spring weather patterns are most probable, with a mixture of sunny spells and showers, some thundery, for most parts of the UK, especially at first.

“Conditions will probably become more settled late May and going into June, with an increasing likelihood of drier conditions for many.

“Overall, the driest and most settled conditions are most probable in the south, with the north generally more unsettled as longer spells of rain and strong winds arrive from the Atlantic at times.

“Temperatures likely to be around average.”