Professor Yvonne Doyle, Public Health England’s medical director, said the millions of kits Number 10 had requested were still “under investigation”. One of the manufacturers enquired said it could take six weeks for them to have any antibody tests ready for use.

BioSure, one of the manufacturers approached by the Government to produce 17.5million home-testing kits, has been told to get ready to increase production.

But no DIY tests have been authorised yet.

The manufacturer is postponing the mass production in case medical tests fail. 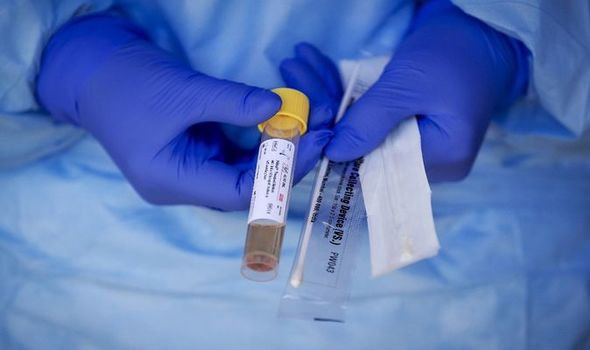 Last night it was said that authorities had come to an agreement and finally approved the purchase of millions of testing devices that would be ready by mid-April.

Ministers were today facing a backlash after it became known the UK is still not conducting 10,000 tests a day – despite claiming otherwise.

In today’s Downing Street press conference, Professor Doyle said the tests would be point-of-care, meaning they could be used at home.

She added: “This testing needs to be evaluated to make sure it is valid- in other words, that it does what it says and at scale. 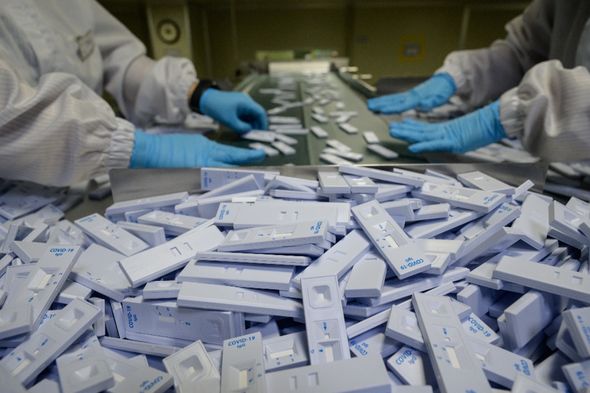 “This would be large numbers. We want to make sure we are doing something that is safe and is actually valid and correct when it is ready.”

Her comments are a reminder those of England’s Chief Medical Officer Professor Chris Whitty, who last week advised that the only thing worse than no test was a bad test.

Britain has been denounced for its controversial testing guidelines that only allow testing patients in hospital. 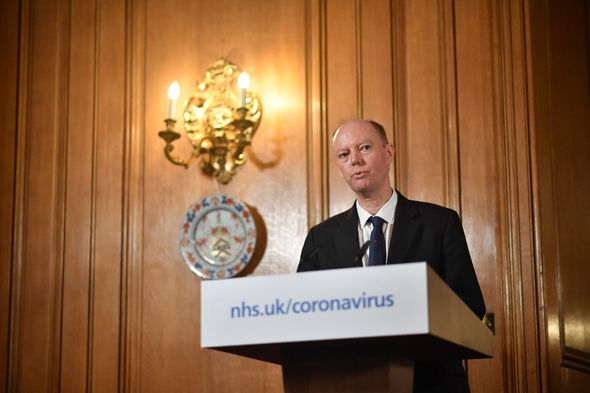 A top Government adviser today suggested up to 2 million people may already have contracted the disease.

And University of Oxford scientists last week claimed that up to half of the UK could have already been infected.

The death toll in the UK currently stands at around 1,200.

The antibody kits would have to be posted to millions of Britons. 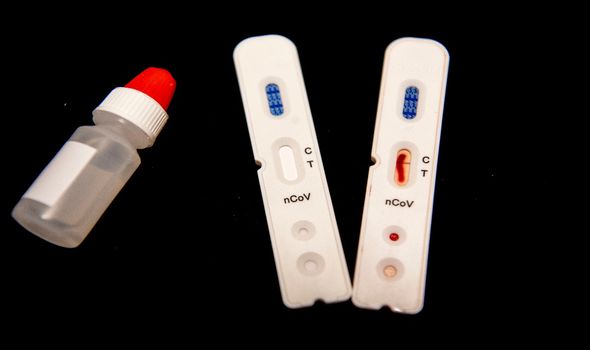 Professor Doyle said the collected samples would then be sent to a lab and analysed by experts – a procedure that could take as long as a day.

The Government is also still in talks with manufacturers that produce home-testing kits, which can provide results in 10 minutes.

BioSure’s Ms Bard said it was “hugely optimistic” for the Government to claim the tests would be available in three weeks, contrasting that “six weeks is more likely”.