Storm Francis brought fierce winds and heavy rain to much of the UK over the past few days, causing widespread disruption. Gusts of 81mph were recorded at The Needles close to the Isle of Wight as the second storm in just a week hit Britain.

Torrential rain triggered several flood alerts across the UK, and there is still disruptive weather on the way before the weekend.

Thunderstorms are forecast to hit much of England before the bank holiday, with temperatures dipping below average.

She said temperatures in the south of England will be significantly lower than the scorching highs earlier this month. 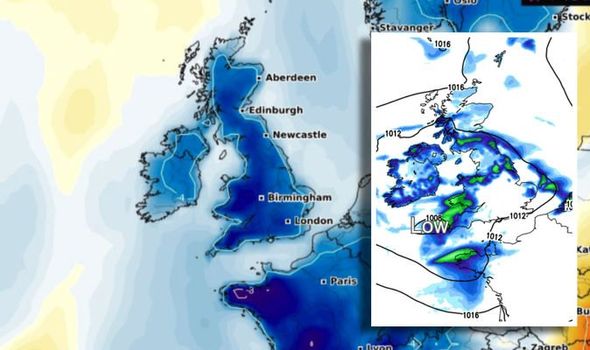 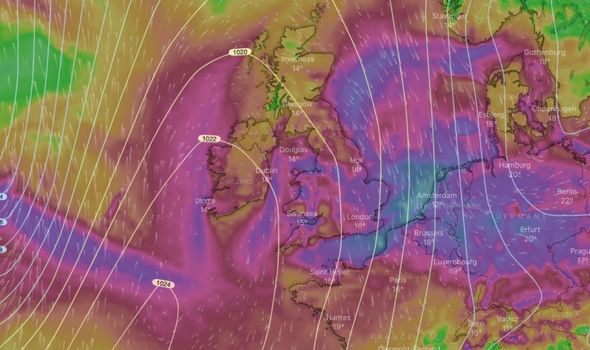 Ms Diamond said the mercury could reach highs of 18C or in Scotland just 14C “which is cool for August but it will be pretty chilly overnight”.

On Thursday, Netweather forecasts a surge of showers will become pretty widespread during the day and will merge with longer rain spells.

The forecasters say there will be some heavy, thundery downpours as well, especially across England, Wales, a good part of the island of Ireland, along with southern Scotland.

The rain is being brought across by an area of low pressure which will slowly move across the south of the UK during Thursday and Friday, before edging off into the continent later in the day on Friday. 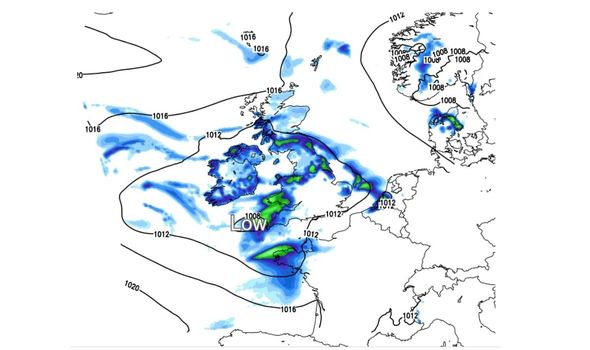 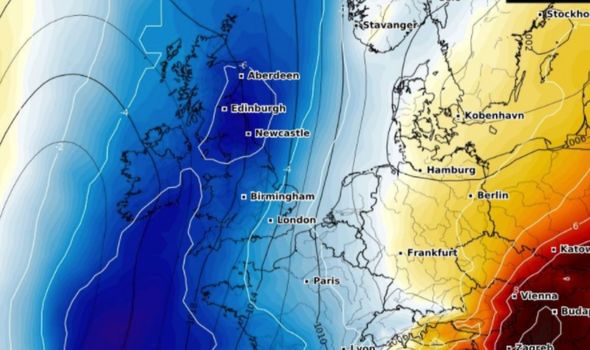 Netweather forecasters say this will mean showers continue for England and Wales in particular as we end the week, with some still leftover in the southeast during the first part of Saturday.

However an area of high pressure will then move in from the west, making the weekend drier, but also cooler as winds swing into the north.

Ms Diamond said: “The latter part of August has been dominated by Storm Ellen and Storm Francis, both of which had wind warnings which is unusual for August, but then if you rewind to the beginning of the month, we had no wind at all.

“We had high temperatures, light winds and exceptional heat which lasted for about a week.

“It has been an interesting month, starting out with a hot summer and seeing its way out with more autumnal weather.”

The Met Office long range forecast from Monday, August 31 through to Wednesday, August 9 finds there will be sunny and warm spells on the Bank Holiday Monday.

There could be some light to moderate winds, and perhaps cloudier at times with rain reaching the far west that evening.

Later next week, conditions are forecast to become more unsettled with further rain and strong winds across southern areas. 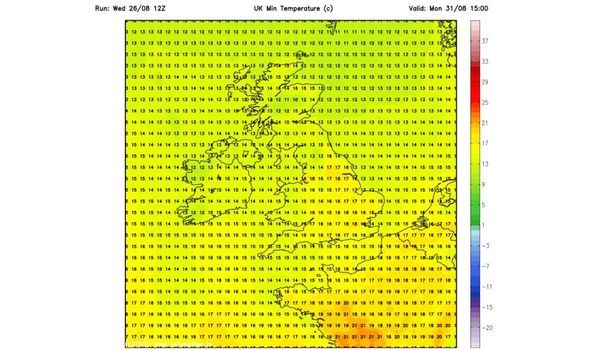 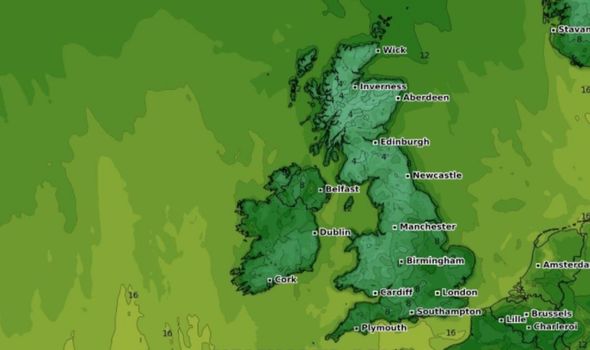 Drier and less windy weather should be seen later in the week, but there is a risk of rain towards the far west.

In terms of temperatures, it will feel feel slightly cooler early on, with the possibility of overnight frost.

However, the mercury will gradually climb back up to near normal temperatures for August as the week goes on.

At the time of writing there are 14 flood alert in place across England, warning flooding is possible – be prepared.

Thes flood warnings are for:

Scientists unearth meteorite from the birth of the solar system