BEIRUT (Reuters) – The United States called on Saturday for a transparent and credible investigation into the massive port blast in Beirut that killed 172 people and said Lebanon could never go back to the days “in which anything goes” at its ports and borders. 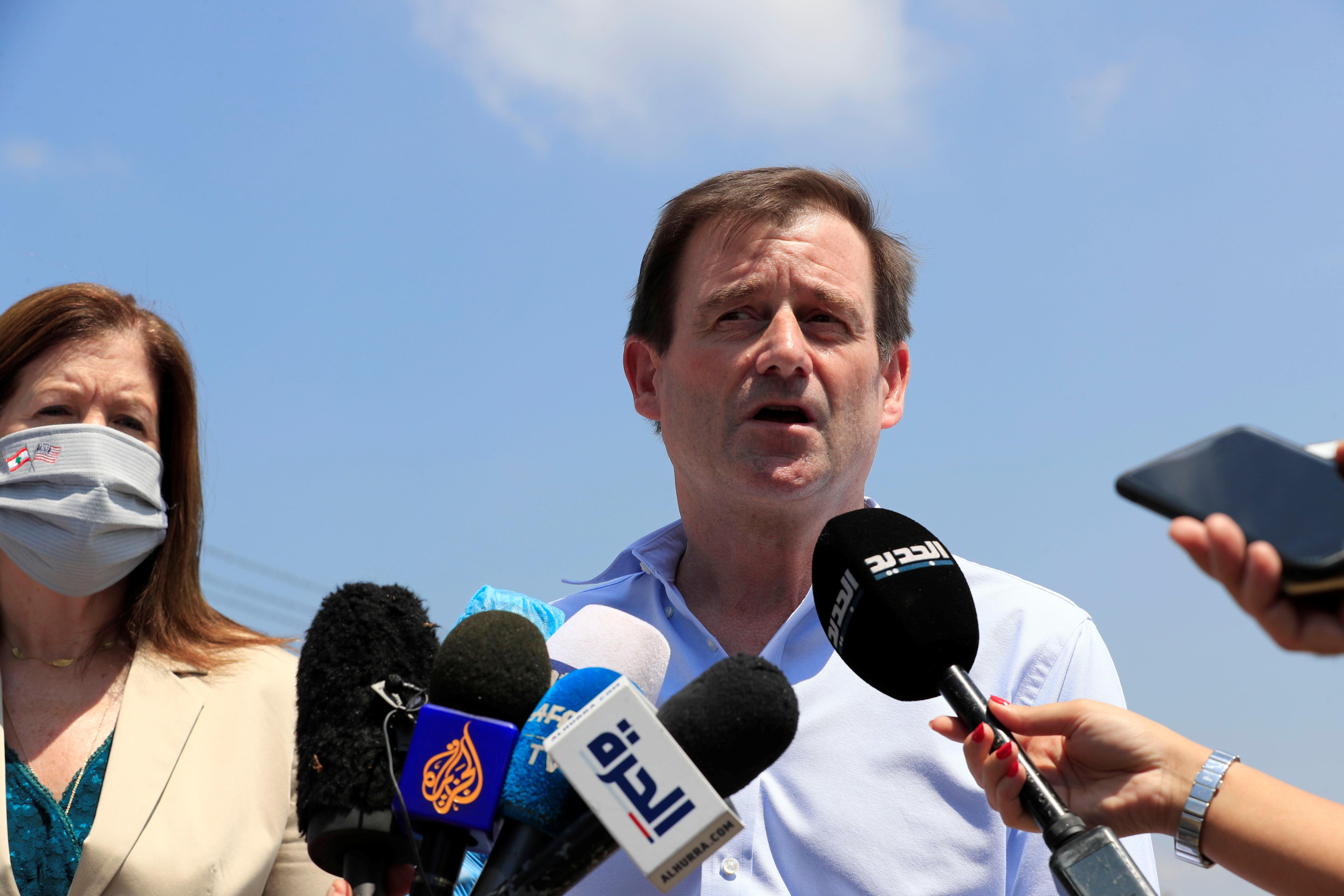 The Aug. 4 blast, which the authorities say was caused by more than 2,000 tonnes of ammonium nitrate that had been unsafely stored at the port for years, injured 6,000 people, ruined entire neighbourhoods and left 300,000 homeless.

“Seeing it on television is one thing, seeing it up close is another. It’s really overwhelming,” David Hale, U.S. Under-Secretary of State for Political Affairs, said after visiting the port.

“We can never go back to an era in which anything goes at the port or the borders of Lebanon that had to contribute to this situation,” he said.

He added that FBI agents would be arriving this weekend, at the invitation of Lebanon, to help find out what exactly happened and what led to the explosion.

The blast has fuelled anger at ruling politicians who were already facing heavy criticism over a financial meltdown that has sunk the currency, demolished the value of savings and left depositors unable to withdraw their money.

Some Lebanese doubt the authorities can carry out a proper investigation and say foreign countries should intervene.

“We can’t trust this government. They will lie to us. They should form an international committee to investigate this,” said businessman Jimmy Iskandar.

President Michel Aoun has said a probe will look into whether the cause of the blast was negligence, an accident or “external interference”.

“They won’t do a thing in an investigation and the whole world knows that,” said painter Mohammed Khodr as he helped repair a restaurant damaged in the blast.

The heavily armed Iran-backed Lebanese group Hezbollah, which is listed as a terrorist organisation by the United States, said on Friday it would wait for results of the official Lebanese investigation into the blast.

But if it turns out to be an act of sabotage by Israel then it would “pay an equal price”, Hezbollah leader Sayyed Hassan Nasrallah said in a televised address. Israel has denied any role in the explosion.

Nasrallah also said his group was against an international investigation because its first purpose would be to “distance Israel from any responsibility for this explosion, if it had responsibility”. He said the participation of the FBI in an investigation would serve the same purpose.

The explosion has pitched Lebanon into a new political vacuum since the resignation of the government, which had formed in January with backing of Hezbollah and its allies including Aoun.

Lebanon’s most senior Christian cleric said the Lebanese people and the international community had run out of patience with ruling politicians.

In his strongest intervention yet since the blast, Maronite Patriarch Bechara Boutros Al-Rai also said the church reserved the right to veto any proposals that further jeopardise Lebanon. His comments in a sermon were reported by Lebanese broadcaster LBC.

The Maronite church exercises political sway in a country where the head of state must be a Maronite, the prime minister a Sunni Muslim and the parliament speaker a Shi’ite Muslim.

Iran backs Hezbollah and in a visit to Beirut on Friday, Iranian Foreign Minister Mohammad Javad Zarif said international efforts should help Lebanon rather than “impose anything on it”.