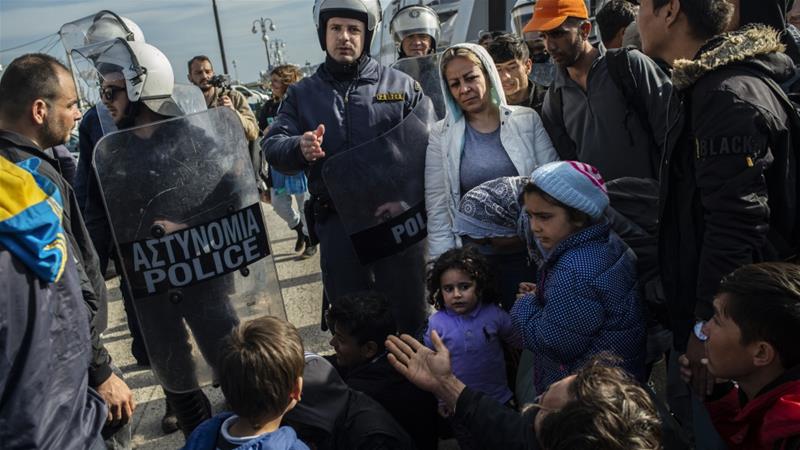 Turkey’s foreign ministry has accused Greece of breaching the fundamental rights of refugees and migrants, and also increasing tension along the countries’ shared borders instead of engaging in dialogue.

Athens recently criticised remarks by Turkish authorities suggesting that the border might be opened to refugees once the coronavirus pandemic eased.

Expecting an influx of refugees, Greece also said that it started mobilising forces to boost defences along its border with Turkey.

The border area was the scene of clashes in March after Turkey said it would no longer prevent refugees and migrants from reaching the European Union.

“Acting with motives towards domestic politics, Greece is misleading the public opinion by manipulating the facts,” Hami Aksoy, the Turkish foreign ministry spokesman, said in a statement on Thursday.

“The fact that Greece openly infringes fundamental rights and freedoms of refugees has been documented in reports by human rights organisations. It is a shame that ones who give innocent people all kinds of unjust treatments at the border call Turkey ‘barbaric’.”

The deployment will add to hundreds of officers already in the area and more are expected to be sent in the coming days.

In March, skirmishes between the Greek police and refugees and migrants went on for days, with the latter trying to cross the border as Greek riot police fired tear gas and water cannon at them.

Turkish authorities evacuated those people almost a month later, and Greek state TV said a makeshift camp where they were staying was set on fire, amid fears of a coronavirus contagion.

On Tuesday, Greek Defence Minister Nikolaos Panagiotopoulos told Skai TV that Athens was aware of “certain statements that suggest we will face pressure on our borders again, especially our land borders”.

Foreign Minister Nikos Dendias elaborated on Thema Radio, saying “there are statements by Turkish officials to the effect that once the coronavirus season is over, [crossings] will not be prevented by Turkey”.

After the surge in March, Athens said it would extend a border fence in the area, a move that has created a new dispute with Ankara.

Turkey says it should be consulted about the fence expansion, noting that the Evros riverbed “has significantly changed due to natural and artificial reasons” since the border was established in 1926.

Ankara says “technical coordination” is required, and that it would not allow any “fait accompli” on its border. Greece counters that the frontier is unchanged and that it is not obliged to consult Turkey about infrastructure on its own side of the border.

“The fence is on Greek soil, beyond any doubt, and with room to spare,” the Greek foreign minister said on Wednesday.