Donald Trump has called on Joe Biden to remain “cool, calm and dry” through the current crisis surrounding the Nord Stream pipelines. The former US President told his successor to be “smart” and orchestrate a negotiated deal, and offered to head up the talks.

His intervention comes after a leak was discovered in the natural gas pipelines earlier this week, which was believed to have started three days earlier.

Both Nord Stream 1 and 2 – which run along the Baltic Sea floor – are said to be affected.

Both EU and Russian figures have suggested that sabotage of the underwater pipes – which until recently carried natural gas from Russia into Germany – was behind the leak.

Josep Borrell, the EU’s foreign policy chief, said: “Any deliberate disruption of European energy infrastructure is utterly unacceptable and will be met with a robust and united response.” 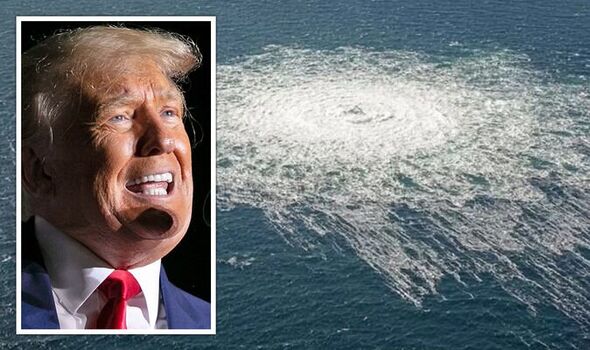 It is as yet unclear who would be responsible for such an attack, though subtle fingers have been pointed in various directions since the leak was discovered.

A British defence source told Sky News this evening that it was likely premeditated, involving underwater explosives that could be detonated remotely.

They added that any devices could have been lowered using a boat or aquatic drone potentially months or even years ago.

The source said it was possibly the work of Russian actors, but downplayed speculation that it was a military submarine that had caused an explosion along the pipeline, as it would likely have been detected. 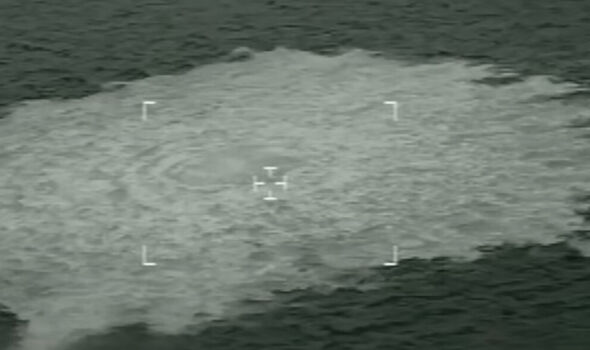 Meanwhile, Kremlin officials have reportedly suggested the US may have been behind the gas leak, after Mr Biden said in February he would end Nord Stream if Russia invaded Ukraine.

Maria Zakharova, a Russian foreign ministry spokesperson, said the US President was “obliged” to answer whether Washington was to blame.

On Tuesday, top officials in the Biden administration spoke to counterparts in Denmark about the “apparent sabotage” of the pipeline.

Morten Bodskov, Denmark’s defence minister, said after a meeting with NATO General Secretary Jens Stoltenberg today there was reason to be concerned about the security situation in the region. 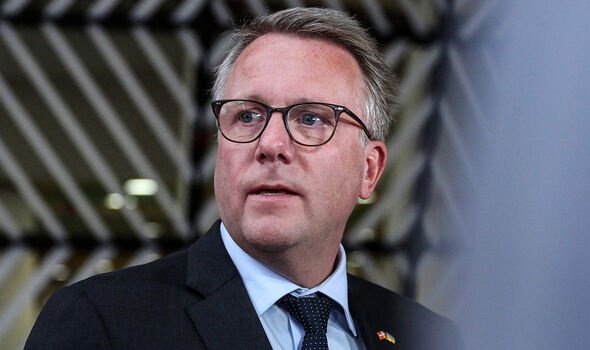 Norway has said it is upping its military presence at oil and gas installations, and Finnish Prime Minister Sanna Marin told reporters this evening that the nation would be watching its waters closely following the incident.

Writing on Truth Social – Mr Trump’s own version of Twitter he produced after being banned from the latter social media site – earlier today, the former President said Mr Biden “should remain ‘cool, calm, and dry’ on the SABOTAGE of the Nord Stream pipelines”.

He said: “This is a big event that should not entail a big solution, at least not yet.”

He urged Mr Biden to “not make matters worse”, and instead to “be strategic, be smart (brilliant!), [and] get a negotiated deal done NOW. Both sides need and want it.” 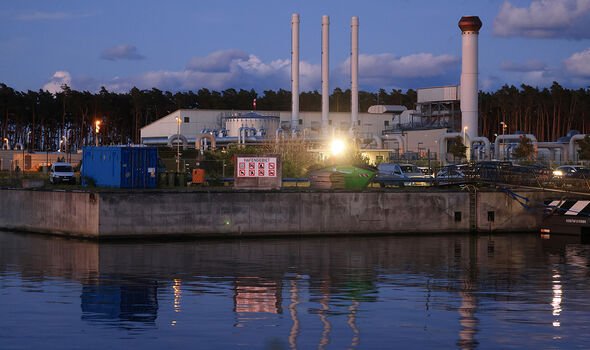 Mr Trump claimed that the crisis “could lead to a major escalation, or war”, and argued that the “catastrophe” between Russia and Ukraine “would definitely not have happened if I were President”.

Though both pipelines were impacted, one was only ever used to carry natural gas to Europe; Nord Stream 2 was built and ready to go online before the invasion started. As part of a raft of sanctions, both Germany and the EU mothballed the project.

The EU also later announced that it would be divesting itself from all Russian fossil fuel imports in the coming months and years, after being dependent on Vladimir Putin for around 40 percent of its gas.

But after announcing the first Nord Stream pipeline would have its supply shut off for a few days from the end of August into September, state-owned energy firm Gazprom said it was not ready to bring it back online and gave no indication of when it would.

EU officials have accused Russia of using it as a pretext to shut off gas supply to Europe as it heads into the winter, leaving European leaders scrambling to shore up energy supplies.

However, Putin may be harming Russia more than Europe: a recent Yale report found that Russia’s economy was collapsing from a lack of lucrative exports into Europe, and was struggling to sell fossil fuels in Asia for the same price. Neither does it have similar infrastructure into Asia as it did with Europe, the study said.

Rescuers hunt for survivors after cyclone wreaks havoc in Indonesia