WASHINGTON/UNITED NATIONS (Reuters) – The United States will end its relationship with the World Health Organization over the body’s handling of the coronavirus pandemic, U.S. President Donald Trump said on Friday, accusing the U.N. agency of becoming a puppet of China.

The move to quit the Geneva-based body, which the United States formally joined in 1948, comes amid growing tensions between Washington and Beijing over the coronavirus outbreak. The virus first emerged in China’s Wuhan city late last year.

Speaking in the White House Rose Garden, Trump said Chinese officials “ignored their reporting obligations” to the WHO about the virus – that has killed hundreds of thousands of people globally – and pressured the agency to “mislead the world.”

“China has total control over the World Health Organization despite only paying $40 million per year compared to what the United States has been paying which is approximately $450 million a year,” he said.

Trump’s decision follows a pledge last week by Chinese President Xi Jinping to give $2 billion to the WHO over the next two years to help combat the coronavirus. The amount almost matches the WHO’s entire annual program budget for last year.

Trump last month halted funding for the 194-member organization, then in a May 18 letter gave the WHO 30 days to commit to reforms.

“Because they have failed to make the requested and greatly needed reforms, we will be today terminating our relationship with the World Health Organization and redirecting those funds to other worldwide and deserving urgent global public health needs,” Trump said on Friday.

It was not immediately clear when his decision would come into effect. A 1948 joint resolution of Congress on U.S. membership of the WHO said the country “reserves its right to withdraw from the organization on a one-year notice.” 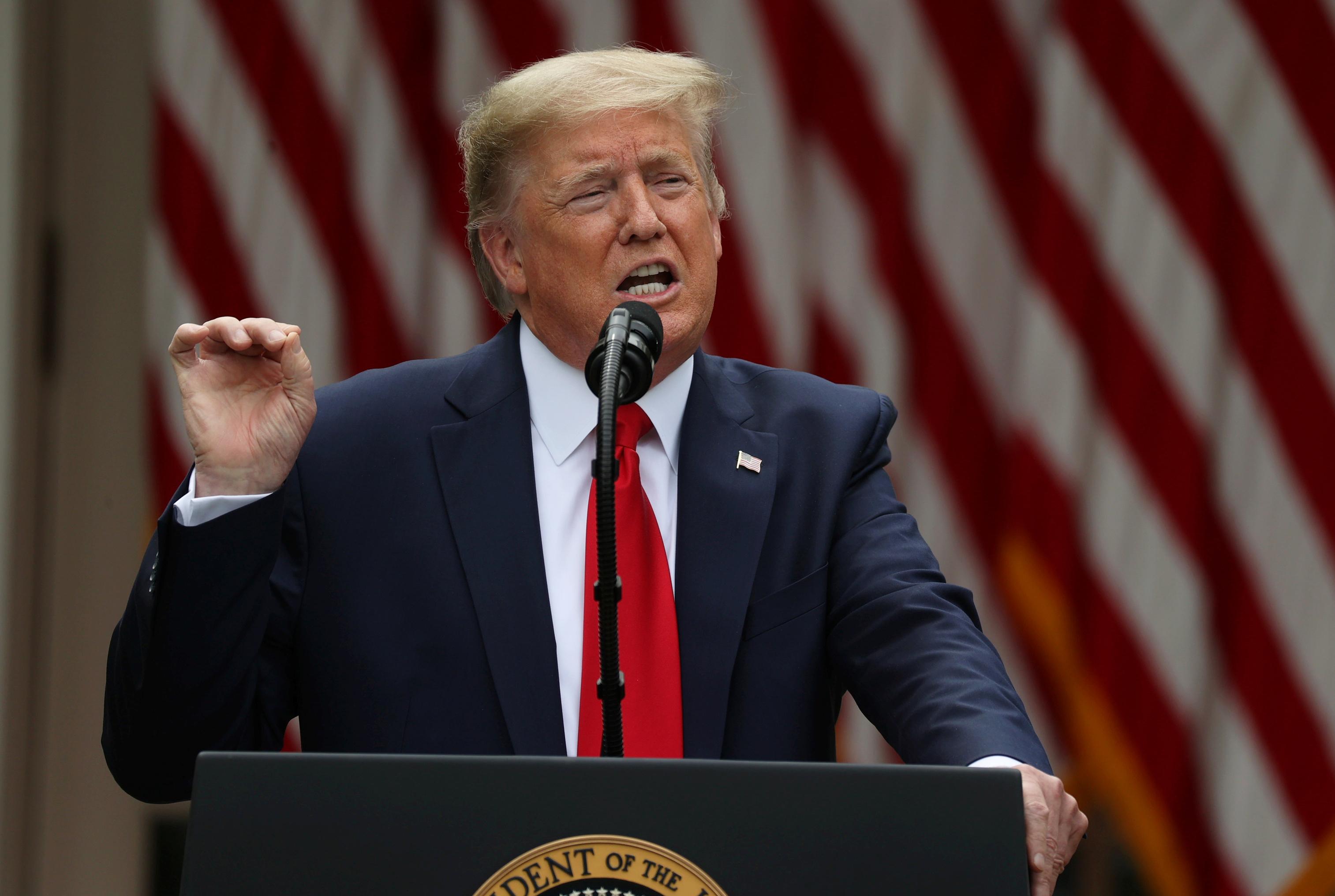 The World Health Organization did not immediately respond to a request for comment on Trump’s announcement. It has previously denied Trump’s assertions that it promoted Chinese “disinformation” about the virus.

“It’s important to remember that the WHO is a platform for cooperation among countries,” said Donna McKay, executive director of Physicians for Human Rights. “Walking away from this critical institution in the midst of an historic pandemic will hurt people both in the United States and around the world.”

The United States currently owes the WHO more than $200 million in assessed contributions, according to the WHO website. Washington also gives several hundred million dollars annually in voluntary funding tied to specific WHO programs such as polio eradication, HIV, hepatitis and tuberculosis.

Amesh A. Adalja, a senior scholar at Johns Hopkins Center for Health Security, said that in practice Trump’s decision was unlikely to change the operations of the WHO.

“From a symbolic or moral standpoint it’s the wrong type of action to be taking in the middle of a pandemic and seems to deflect responsibility for what we in the U.S. failed to do and blame the WHO,” said Adalja.

When Trump halted funding to the WHO last month, two Western diplomats said the U.S. suspension was more harmful politically to the WHO than to the agency’s current programs, which are funded for now.

The WHO is an independent international body that works with the United Nations. U.N. Secretary-General Antonio Guterres said last month that the WHO is “absolutely critical to the world’s efforts to win the war against COVID-19.”

When asked about Trump’s decision, a U.N. spokesman said: “We have consistently called for all states to support WHO.”

Trump has long scorned multilateralism as he focuses on an “America First” agenda. Since taking office, he has quit the U.N. Human Rights Council, the U.N. cultural agency, a global accord to tackle climate change and the Iran nuclear deal. He has also cut funding for the U.N. population fund and the U.N. agency that aids Palestinian refugees.

“The WHO is the world’s early warning system for infectious diseases,” said U.S. Representative Nita Lowey, a Democrat who chairs the House Committee on Appropriations. “Now, during a global pandemic that has cost over 100,000 American lives, is not the time to put the country further at risk.”