Americans are hours away from voting in one of the most divisive elections in recent history. While the incumbent President Donald Trump hopes to secure a second term in office, the Democrats’ Joe Biden looks set to push the businessman out of the White House. Most major polls currently claim Mr Biden has a soaring lead on Mr Trump – in some cases as much as 14 points.

A more recent poll carried out by the Democracy Institute and the Sunday Express suggested Mr Trump has a one-point lead on the Democrat.

The election is on course to have one of the highest turnouts in a century, with nearly 100 million people already having cast their ballots in early voting.

A number of key swing states are regarded as holding the keys to the White House: Michigan, North Carolina, Iowa, Georgia, Florida, and Pennsylvania.

These are the states that hold some of the highest Electoral College votes, which could override a candidate’s popular vote and therefore win them the election.

Many political observers have predicted that either candidate will win by a mere slither of votes. 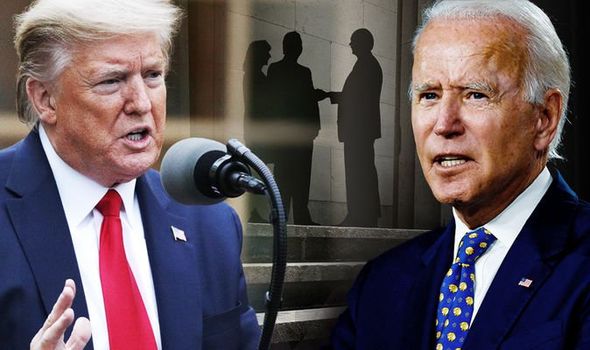 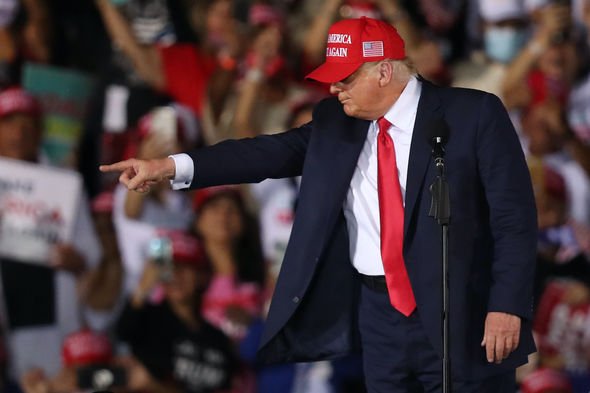 This, explained Paul Mellon, Professor of American History at the University of Cambridge, could result in some sort of deal being struck by the Republicans with the Democrats in order to retain increasing powers despite leaving the White House.

Talking about the “sordid” deal which was struck in the contested 1876 election between the two parties – which saw the Republicans secure victory but the Democrats continue to endorse white supremacy – Prof Mellon explained: “I have a scenario where I see the grandees of the parties getting together, and it would look something like this: Mitch McConnell, the majority leader in the Senate, has always hated Trump but has found him useful.

“McConnell has been single-handedly pursuing what we might call Republican judicial supremacy in America for 30-40 years.

“With the appointment of Amy Coney Barrett to the Supreme Court confirmed, he has achieved the goal Republicans have been pursuing for 40 years – he considers it to be an achievement.

“He now considers a Republican Supreme Court to be locked in for 30-40 years, and to resist whatever the electorate throws up in terms of representatives and legislators.

JUST IN: Meghan Markle’s ‘coded message’ about US election BEFORE stepping down 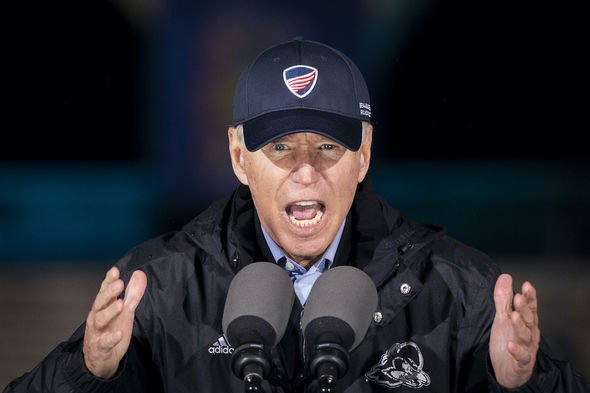 “It is conceivable he will cut a deal which will look something like this: ‘I (McConnell) will talk to Barrett behind closed doors and asked her either to recuse herself from any deliberations having to do with the election, or actually to vote in the Democrat’s favour for the sake of legitimacy, in return for the grandees of the Democrat Party accepting her appointment.'”

Such a deal would be a promise from the Democrats not to pack the court with Democratic appointees.

Prof Mellon, speaking on Dan Snow’s History Hit podcast, said that in Mr McConnell doing this, the Republicans would sacrifice Mr Trump; a point which he says large parts of the party are willing to do in order to secure deep-rooted judicial power.

However, as Prof Mellon explained, it would be little more than a guise for the Republicans to secure total political power.

Yet, Mr Trump, as the historian said, is the “wrecker of all plans”, refusing to play the political game that other career and veteran politicians might prefer. 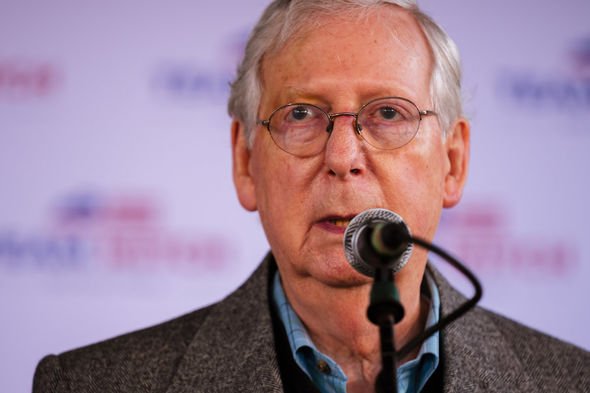 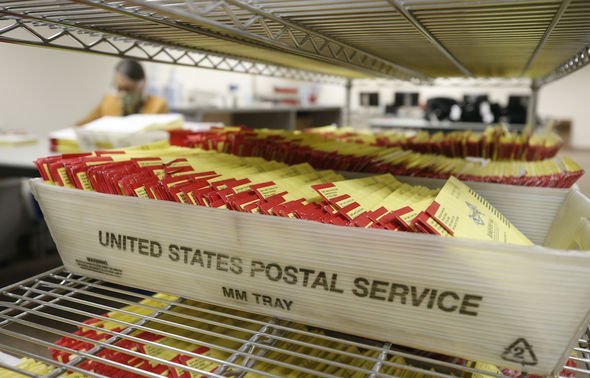 He still has widespread support in his party, even if he were to lose the election.

The plan also takes into consideration as a certain fact that the Democrats would accept the deal with the drop of a hat.

Other things rest in the balance, including the likelihood of a delayed election result.

As an unprecedented number of voters have registered to cast their ballot by mail, there is the possibility that we may not know who has won for several days. 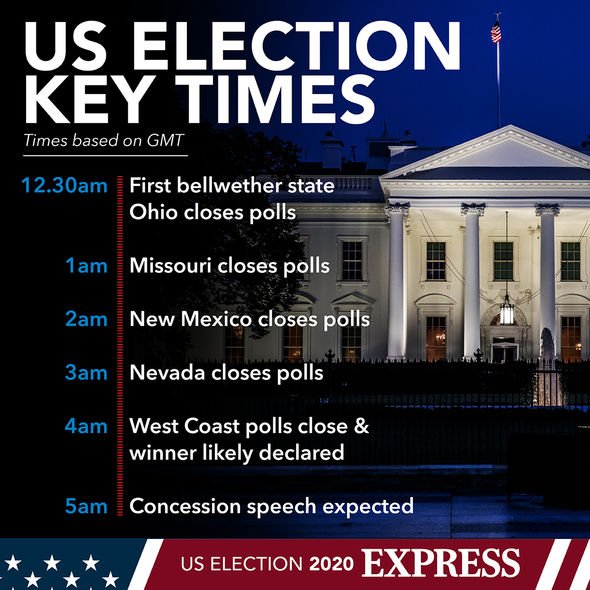 This was not a problem in 2016 as mail voting was still only practised by a minority of the population – armed forces, overseas citizens – and there wasn’t a global pandemic acting as a health risk.

Postal votes take longer to count, and if battleground and swing states can’t be called immediately, recounts and legal challenges might arise.

Something similar to the Al Gore vs George W Bush 2000 election debacle could ensue, in which the votes between the two candidates in the deciding state of Florida were so slim they had to be recounted several times.

In this instance the decision went all the way to the Supreme Court which, at the time, was packed with Republican nominees – much like today – who decided in favour of Republican Mr W Bush. 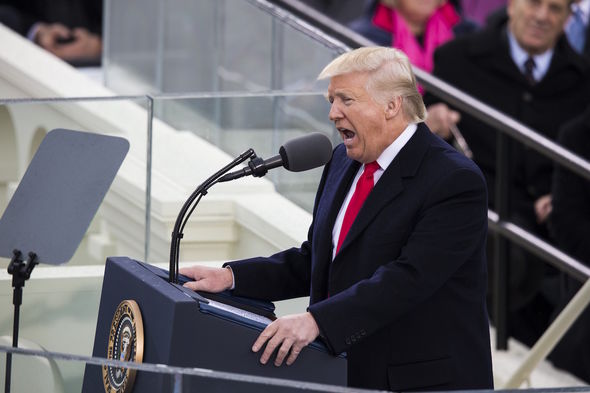 He was therefore widely branded as having secured the presidency illegitimately.

Meanwhile, Mr Trump and Mr Biden made last-ditch attempts to garner support and secure votes in the states still undecided over the weekend.

On Sunday, Mr Trump made the gruelling trail to all the swing states, beginning at Iowa, through to Michigan, North Carolina and Georgia, ending the night in Florida.

In Michigan, he boasted that under his leadership, the state’s manufacturing industry had been revived.

Mr Biden focused his energy on his home state, Pennsylvania.

At a rally in Philadelphia, he vowed to confront “systemic racism” in the US, attacking the President’s handling of the pandemic which has disproportionately affected African Americans.

Thailand protests: Hunger Games salute a sign of defiance as thousands rally in Bangkok in historic demand for change