Despite the find, Cyprus authorities have seized the cargo and accused the expedition of an “illicit underwater excavations” and “violent extraction of objects causing destruction to their context”.

Cyprus’ Department of Antiquities claimed the company intended to sell the objects due to alleged evidence in documents filed with the United States Securities and Exchange Commission (NASDAQ).

Despite the recovered material being held in Cyprus, Enigma Recoveries are hoping the discovery will be made available to the public.

The company claims Cyprus Customs will keep the finds and sell them at a public auction. 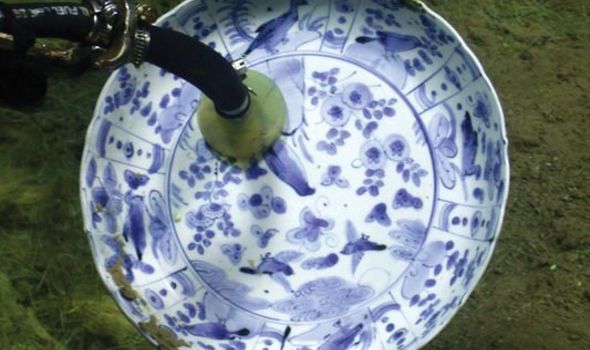 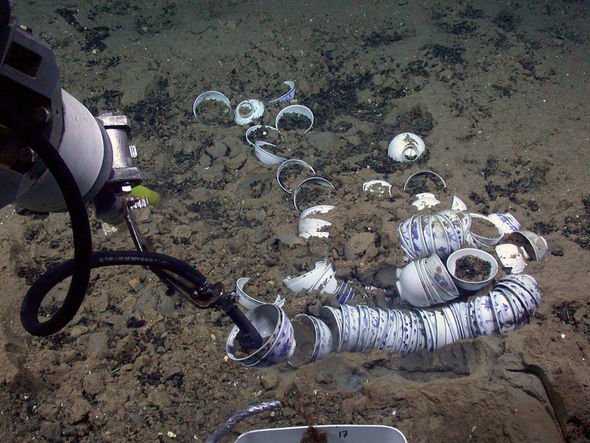 However, the Department of Antiquities denies the accusations and said they are monitoring the collection of 588 artefacts.

“In addition, the digital records of the illicit excavation were confiscated, which show the violent extraction of objects causing destruction to their context.” 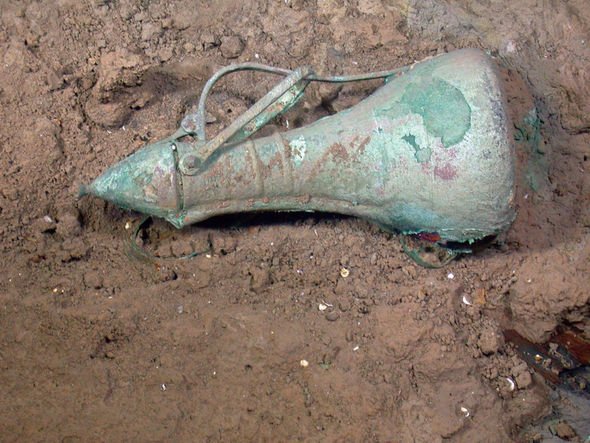 They told MailOnline: “Enigma Recoveries has reached out continuously since 2016 to Cyprus Customs, its legal representatives and now the Department of Antiquities.

“What Cyprus wishes to do with culturally Ottoman artefacts is not known.

“The fieldwork was archaeological in nature and not salvage.

“It applied high quality recognised scientific standards, even though no other deep sea wreck has been surveyed to this extent or excavated in the Eastern Mediterranean.” 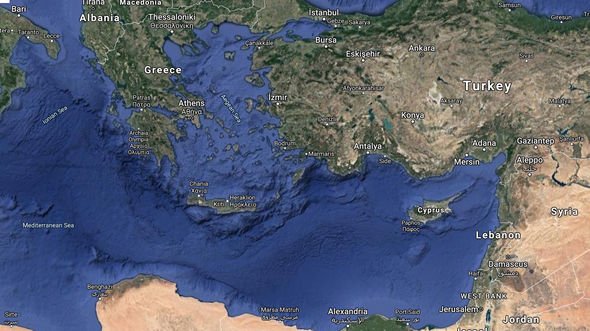 The company claimed during the excavation back in 2015, Cyprus’ law enforcement agency investigated their research base after receiving a false claim that work was being conducted in Cypriot waters.

Aladar Nesser, Enigma Recoveries’ international relations representative, said: “We will continue to make every effort to reach an amicable agreement with Cyprus Customs that will lead to the return of the artefacts.”

The excavation reportedly unearthed the biggest ever ancient ship found in the Mediterranean.

While revealing the finds to the world last month, Sean Kingsley, archeologist at the Enigma Shipwreck Project (ESP), told BBC Radio 4: “It doesn’t get better than this. 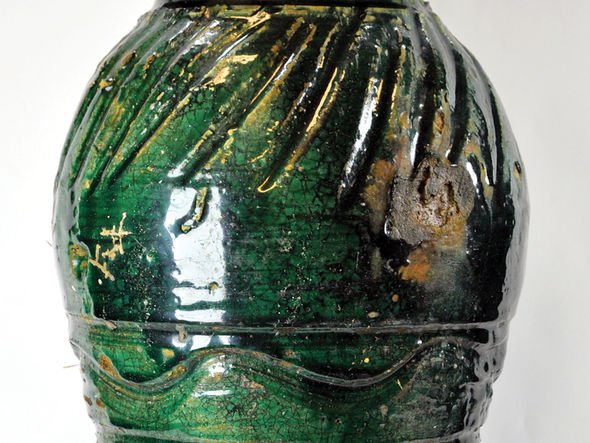 “For an archaeologist, it’s the equivalent of finding a new planet.

“There’s sort of an embarrassment of wonders here – we’ve got the earliest Chinese Ming dynasty porcelain found under the Mediterranean Sea.

“They’re quite hard to find but when you do find them they’re incredibly well preserved.

“Compared to the western Mediterranean where you’ve got these wonderful piles of amphoras, you don’t get that in the east Mediterranean because a lot of the wrecks are hidden under the mud.” 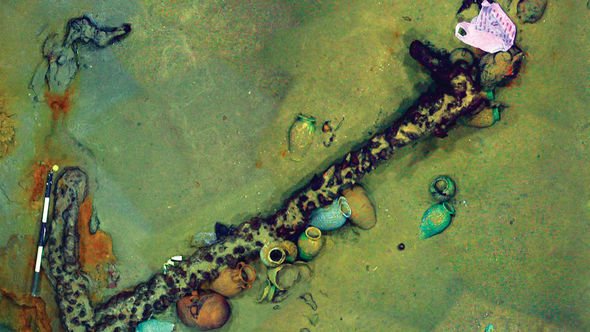 Not only did the excavation discover hidden artefacts, it also revealed a previously unknown maritime silk and spice ‘road’ linking China to Persia, the Red Sea and the eastern Mediterranean.

A huge 17th-Century 140-foot long Ottoman merchant ship was unearthed during the discovery.

The size was big enough to fit two norma-sized ships on its deck and its cargo consisted of hundreds of artefacts from 14 cultures and civilisations.

It included earlier Chinese porcelain retrieved from a wreckage as well as painted jugs from Italy and 12 coffee pots and peppercorns. 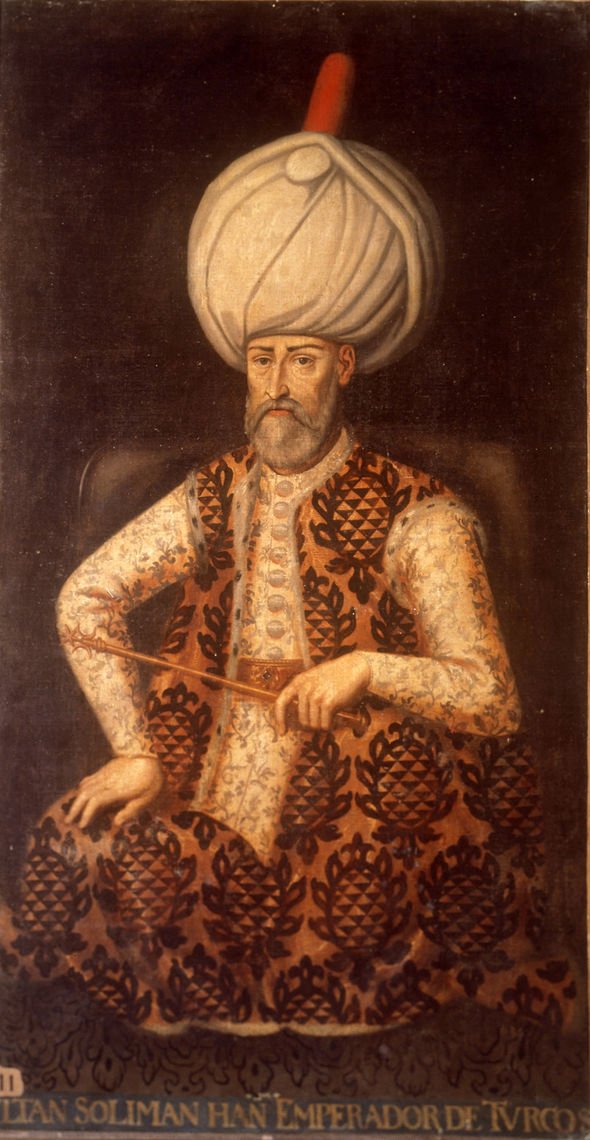 Mr Kingsley said: “The coffee pots are Ottoman in tradition – it’s most likely they were personal property of crew members because each is a different shape and style.

“They could have been bought in almost any souk market from Cairo to Istanbul.”

The ship is thought to have sunk around 1630 while sailing between Egypt and Istanbul.

Mr Kingsley said: “At 43 metres long and with a 1,000-ton burden, it is one of the most spectacular examples of maritime technology and trade in any ocean.

“I expect the Western glass and ceramics from Italy, Belgium, Spain and Portugal were also picked up in the mighty megapolis of Cairo, a cosmopolitan New York or London of its day.”

Alaska earthquake: Tsunami warning after huge 7.8 quake hits US – ‘Get to higher ground!’