Chandra Ellaurie, a Hindu, complained the call to prayer gave the neighbourhood ‘a distinct Muslim atmosphere’. 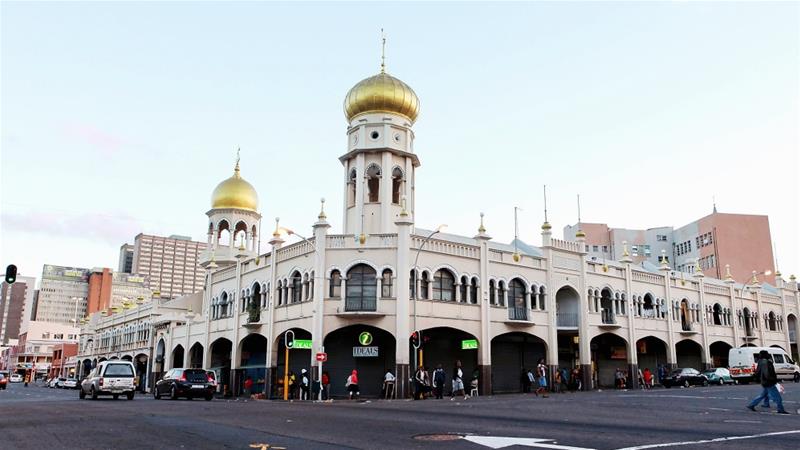 Johannesburg, South Africa – A court has ruled the call to prayer at a mosque was too loud and ordered it toned down after a complaint from a nearby resident.

Judge Sidwell Mngadi from the Kwazulu-Natal High Court in Durban issued a court order against the mosque to ensure its call to prayer is not audible inside a neighbour’s house across the street.

The case was brought by Chandra Ellaurie who lives opposite the Madrasah Talemuddeen Islamic Institute in Isipingo Beach. Ellaurie argued the prayer call “deprived him of the enjoyment of his property rights”.

On Wednesday, the Isipingo Institute said it will appeal the ruling.

Ellaurie, a Hindu, complained the call to prayer gives the neighbourhood “a distinct Muslim atmosphere”. He also requested the institute be shut down, but Mngadi refused to make such an order.

The judge ordered the call to prayer may not be heard within Ellaurie’s house.

Mohammed Patel, chairman of the Isipingo Muslim Association, said the mosque did not intend to further use external sound amplification.

Ellaurie had been complaining about the call to prayer since 2003 and reported it to the South African Human Rights Commission in July 2004.

At the time, the commission recommended the Isipingo Beach Muslim Association “desist from using the external sound amplifier system during the first call to prayer of each day” – which is at about 3:30am local time. It also said each call to prayer should not last longer than three minutes.

Mohamed Ameermia, commissioner at the South African Human Rights Commission, described the judgment as “shocking”. Speaking to Al Jazeera, he said the ruling violated a number of constitutional rights, including the right to equality and the right to freedom of religion.

“South Africa is a diverse nation in which people have to show tolerance and a sense of social cohesion,” said Ameermia.

The chairperson of the Muslim Judicial Council in South Africa, Moulana Abdul Kalik, told Al Jazeera the complainant had a weak case because the call to prayer was being regulated and was not “on loudspeakers”.

Kalik said the judgement “ignores the right of a religious group to manifest its religious beliefs as protected under the rights in the constitution”.

According to Pierre de Vos, professor of constitutional law at the University of Cape Town, the court made “a serious mistake” in granting Ellaurie’s complaint.

De Vos said under South African law, property owners do not have an absolute right to “undisturbed enjoyment of property” as assumed by the judge.

“Property owners are required to tolerate a degree of nuisance from their neighbours,” said de Vos.

TikTok joins forces with WHO to promote coronavirus facts amid pandemic