Team GB’s hopes of a cycling medal on the first full day of competition at the Tokyo Olympics were hit after one of the favourites in the men’s road race, Geraint Thomas, pulled out following a crash.

Thomas and teammate Tao Geoghegan Hart fell around 70km (43 miles) into the 234km (145 mile) event which finished at the Fuji International Speedway on Saturday.

Hart lost his front wheel in a storm drain in the centre of the road to bring down Thomas behind him.

Thomas, the 2018 Tour de France champion who crashed in a similar way in last month’s competition, managed to get back on the bike with a bloodied arm and shoulder.

But he rode into the pits and retired with 60km (37 miles) to go before Ecuador’s Richard Carapaz took his country’s second ever gold.

Another Briton, Adam Yates, narrowly missed out on a medal in a dramatic dash to the finish line, as he came ninth.

Thomas later tweeted: “All good with me. Thanks for the messages!! Think I must have done something bad in a previous life. Freak crash. Tao lost his front wheel and decked it in front of me. I had nowhere to go, other than the floor as well.”

Thomas is now focusing on Wednesday’s time trial. Hart also later withdrew from the road race after injuring his hand in the crash.

Fans defied orders to stay away from the race, with hundreds lining the streets to show their support.

Spectators are banned from nearly all the events due to the COVID state of emergency in and around Tokyo.

Team GB also missed out on a medal in the shooting when Seonaid McIntosh failed to secure a place in the women’s 10-metre air rifle final.

The 25-year-old from Edinburgh finished 12th in her qualification round, admitting she found the conditions in Japan challenging.

“I struggled a bit with fatigue and the heat,” she said. Instead Yang Qian took the first medal of the Games for China, but was forced to put it on herself in a new COVID-secure measure for this year’s Olympics.

McIntosh will shoot again next weekend in the 50-metre competition. Home nation Japan won their first gold of the Games in the men’s 60kg judo when Naohisa Takato went two podium positions up on his Rio bronze medal.

But Team GB’s only female hope Heather Watson was knocked out by Germany’s Anna Lena Freidsam. The 2016 Wimbledon champion in the mixed doubles is trying to compete in the same event at the Olympics – but will only do so if she can find a partner.

Johanna Konta was unable to take part in the Games after testing positive for coronavirus. 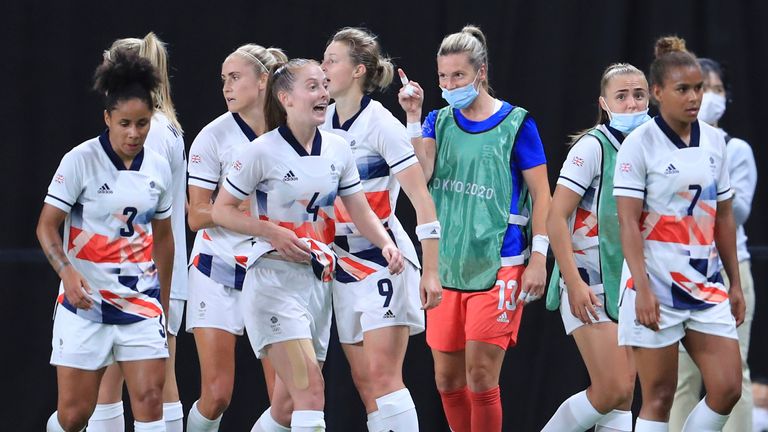 The women’s football team won 1-0 against home nation Japan, thanks to a goal from Ellen White. They finished top of their group to qualify for the knockout stages after beating Chile 2-0.

The men’s hockey side also won 3-1 against South Africa. In the rowing at the Sea Forest Waterway, Helen Glover and Polly Swann came third, but still managed to qualify for the semi-finals. Glover is hoping for gold at her third Olympics in a row after taking time out to have three children since the Rio Games in 2016.

Gymnast Matt Whitlock dominated in the men’s pommel horse heats, breezing through to the final. Peaty has broken five records in five years and is chasing a second Olympic gold, with the next round on Sunday. 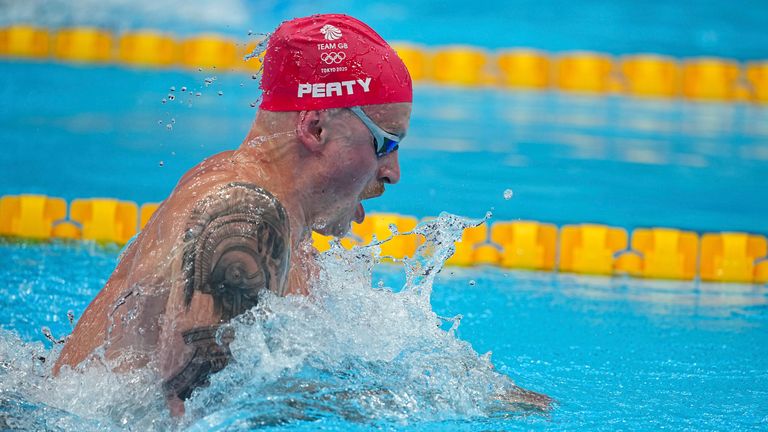 Takato told reporters after his win: “This is heavy. It makes me feel like dreaming.”

A total of 130 coronavirus cases have been confirmed within the Olympic camp so far.

Dutch rower Finn Florijn became the first athlete to test positive for COVID-19 after taking part in an event.

He finished fourth in the men’s single sculls on Friday and was due to race again on Saturday.

But after his COVID test came back positive he will remain in quarantine, unable to compete.

Storm to hit Britain this weekend – is there a storm coming, when will it hit and where?

In Queen's calm voice, a memory of war: Harold Evans