STOCKHOLM/SHANGHAI (Reuters) – Swedish activist Greta Thunberg joined calls for a combined effort to tackle coronavirus and the climate crisis, saying the 50th anniversary of Earth Day on Wednesday was the time to choose a “new way forward”.

Dramatic improvements in air and water quality as coronavirus lockdowns have cut pollution have prompted calls for a low-carbon future, but the need to get millions back to work is clouding the picture for the future.

Thunberg, taking part in a streamed event to mark Earth Day, said the extraordinary measures to stop the spread of the novel coronavirus did not mean the climate crisis had gone away.

“We need to tackle two crises at once,” she said.

“Whether we like it or not the world has changed, it looks completely different from how it did a few months ago and it will probably not look the same again and we are going to have to choose a new way forward,” the teenager said.

With economies round the world shut down, wildlife has returned to some city streets, with wolves, deer and kangaroos spotted on thoroughfares usually teeming with traffic.

Fish have been seen in Venice canals no longer polluted by motor boats, while residents of some Indian cities have reported seeing the Himalayas for the first time in decades.

Satellite imagery has shown significant air quality improvements across Europe and Asia, including China, where the coronavirus pandemic emerged at the end of last year.

Residents in some of China’s most smog-prone cities said they feared blue skies would not last as the world’s second biggest economy got back to work, however.

“In the second half of the year, when the epidemic eases, the weather will slowly be worse after factories reopen,” said Tang Zhiwei, 27, a resident of Shanghai. “Try your best to enjoy the blue sky now.”

Shanghai saw emissions fall by nearly 20% in the first quarter of 2020, which also saw China’s economy contract for the first time on record.

U.N. chief Antonio Guterres echoed Thunberg, urging governments to use their economic responses to the pandemic to tackle the “even deeper emergency” of climate change.

“On this Earth Day, all eyes are on the COVID-19 pandemic,” Guterres said. “But there is another, even deeper emergency, the planet’s unfolding environmental crisis.”

U.S. Democratic presidential candidate Joe Biden, who on Wednesday was endorsed by two of his party’s most prominent climate change campaigners, including former vice president Al Gore, said green jobs “can be the very thing that helps us get through this existential threat to our economy.” 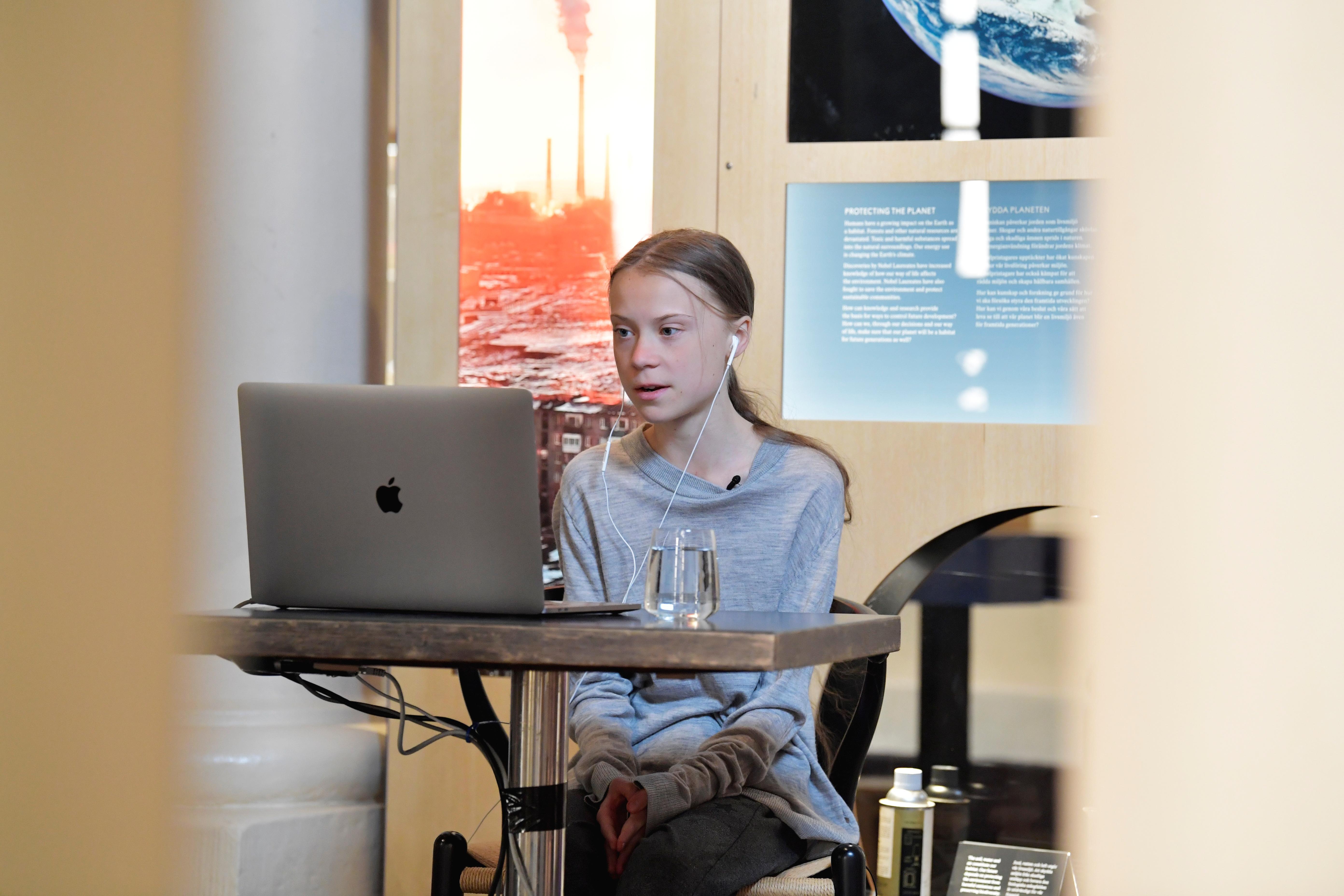 In November, Biden will run against President Donald Trump, who wants to re-open the U.S. economy to get the 22 million Americans who filed for unemployment benefits in the past month back to work. Trump has touted a strong economy as one of the biggest reasons why he should be re-elected.

Peter Betts, a former lead climate negotiator for Britain and the European Union, said although there was now pressure for coronavirus economic stimulus packages to be “low-carbon, climate-smart,” the effort faced strong headwinds.

“A risk, clearly, is that for some governments around the world there will be a huge premium on getting the economy moving, getting people back into jobs,” Betts, now with the Chatham House think-tank in London, told Reuters Television.

The environmental stakes have been rising.

Last year was the hottest on record in Europe, extending a run of exceptionally warm years driven by unprecedented levels of heat-trapping greenhouse gases in the atmosphere, according to a study released on Earth Day.

“This warming trend is now unequivocal anywhere on the planet. And as a consequence of that, the frequency of these record breaking events is going up,” C3S director Carlo Buontempo told Reuters.

The coronavirus pandemic is expected to drive carbon dioxide emissions down 6% this year, the head of the World Meteorological Organization (WMO) said, in what would be the biggest yearly drop since World War Two. 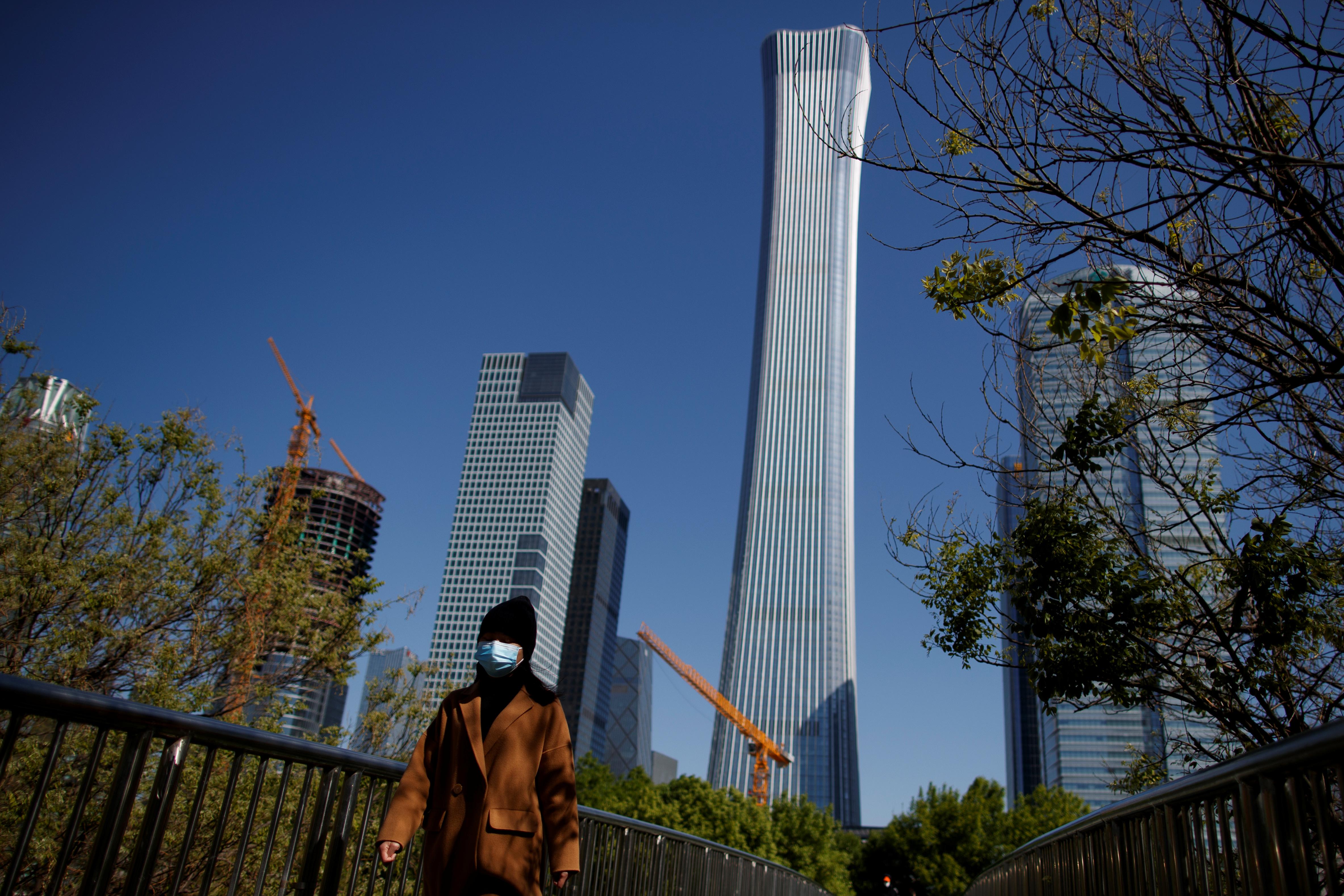 But that’s not enough to stop climate change, the WMO said.

“COVID-19 may result in a temporary reduction in greenhouse gas emissions, but it is not a substitute for sustained climate action,” the WMO said in an Earth Day statement.

In a general audience at the Vatican streamed over the internet, Pope Francis prayed for the protection of the planet.

“This is an occasion for renewing our commitment to love and care for our common home and for the weaker members of our human family,” Francis said, and urged children to “take to the streets to teach us the obvious: we have no future if we destroy the very environment that sustains us.”