They came in their thousands. Young and old. Thai protestors demanding greater democracy.

In central Bangkok, they gathered for hours, through the blistering heat and into the evening – a united resistance. 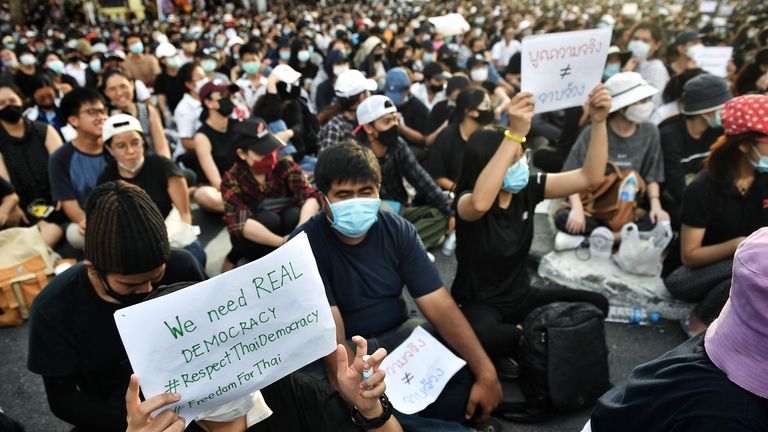 They also say the government must stop harassing opposition activists.

Echoing that message, a student named Sunny held a sign reading: “We need real democracy and not just a dictatorship.”

Another protester, Cacha, added: “I just want a better leader for this country.”

Throughout the day, the crowd raised their hands in a three-finger salute – a symbol of resistance taken from The Hunger Games and banned by the military junta who took power in the 2014 coup.

These demonstrations have been steadily growing in numbers over the last month. Protesters claimed there were between 20,000 and 30,000 people at Sunday’s rally, while police said there were around 12,000.

Most of the protesters are anti-government, but some have been calling for the reform of the monarchy. 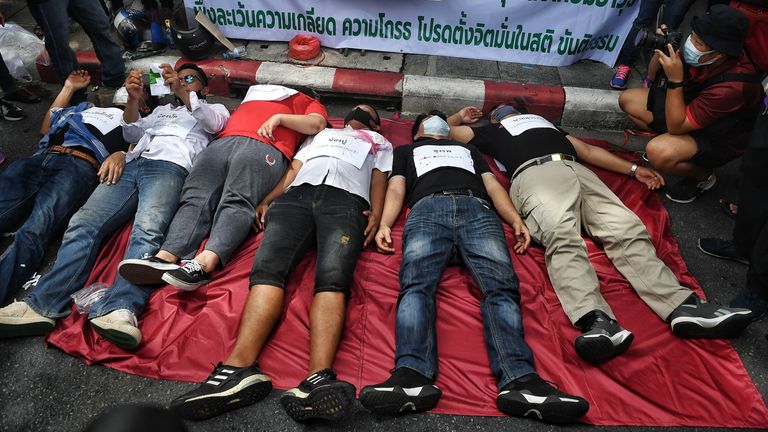 One of them, student activist Parit Chiwarak, 22, was among the Bangkok crowd on Sunday.

He’s one of three protest leaders currently on police bail after being arrested and charged with offences including sedition.

“Let them do their worst,” he said, when asked if he was worried about further legal action.

“I am willing to sacrifice anything for democracy.”

Thailand’s strict lese majeste law means anyone who defames, insults or threatens the king, the queen, the heir-apparent or the regent shall be punished with imprisonment of three to 15 years.

Earlier in the day, a group of pro-monarchy activists gathered to monitor the pro-democracy movement.

Sumat Trakulwunnoo from the Coordination Center of Vocational Students for The Protection of National Institutions agreed that “the government did wrong”.

“(Protest) is normal for democracy, but they shouldn’t offend the monarchy,” he said. 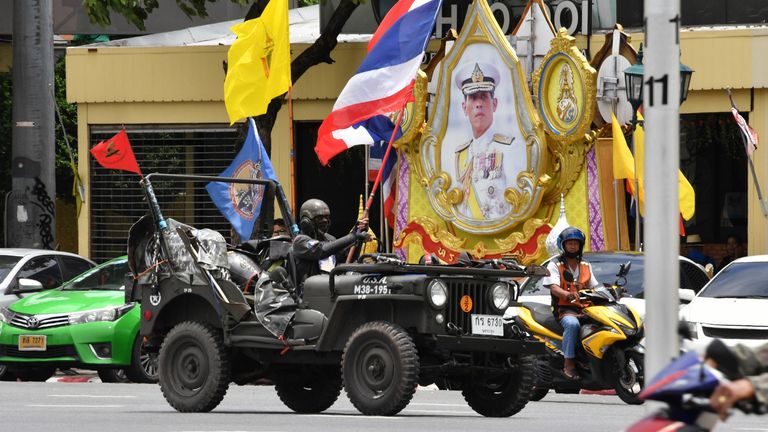 Thailand’s prime minister, Prayut Chan-ocha, is the retired general who led the 2014 coup before winning a disputed election last year.

He has said the protesters’ views will be listened to but also warned against bringing the palace into the debate.

The deputy government spokeswoman said the prime minister had told the police to be patient and not to use any violence in response to the demonstrators.

While Sunday’s protest was peaceful, what is happening here is unprecedented.

Thailand is witnessing a call for change which challenges its most powerful institutions.