BANGKOK (Reuters) – Thai police said on Thursday they have arrested four anti-government activists over a July 18 protest that triggered a wave of student-led demonstrations demanding a new constitution and elections. 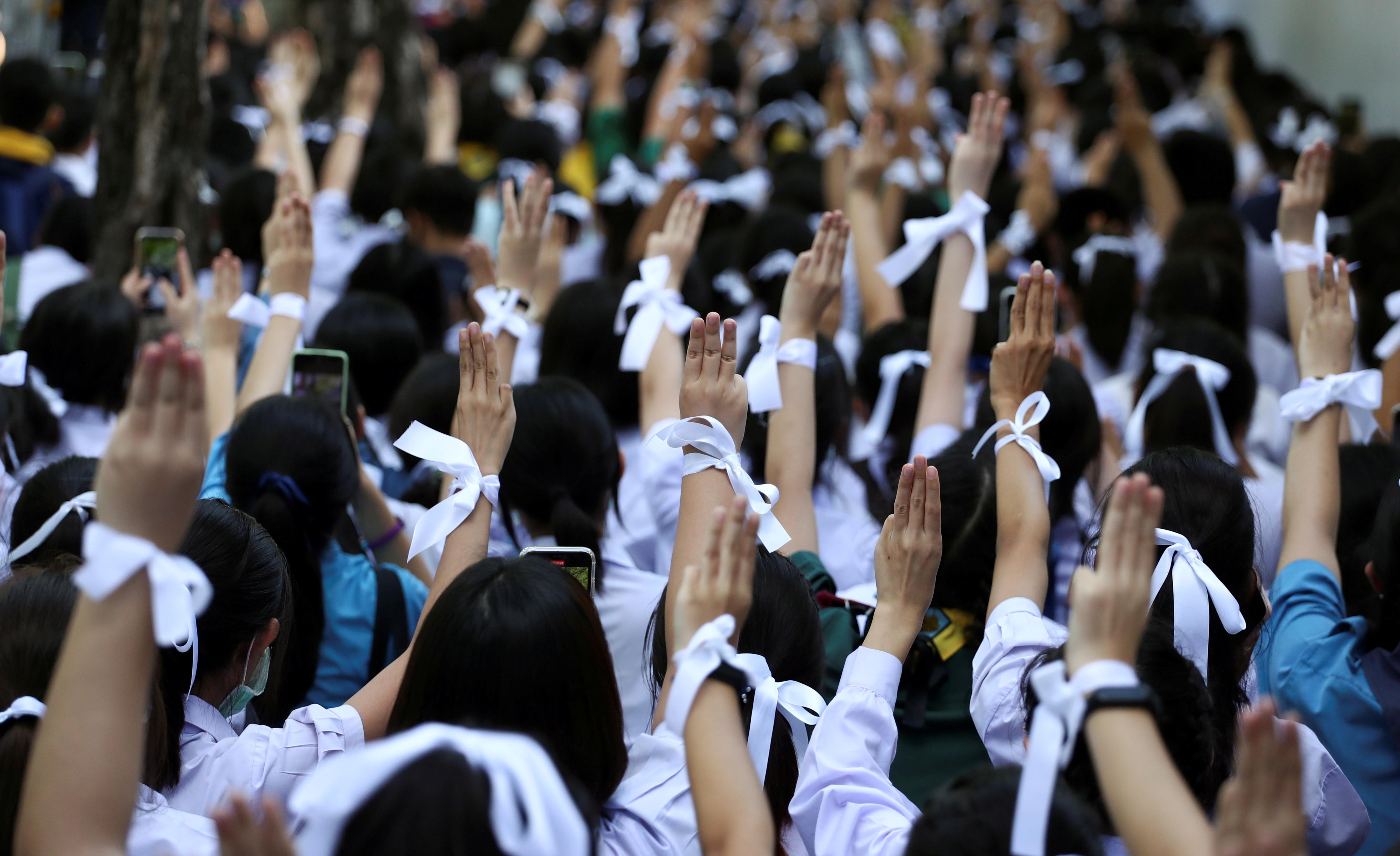 Three of the activists were arrested late on Wednesday and a rapper who performed at the protest was detained early on Thursday, as police step a crackdown on a countrywide movement behind the biggest rallies seen in Thailand since a 2014 military coup.

Demonstrators are seeking the resignation of the military-backed government, an end to the harassment of its critics and a new constitution and parliamentary elections, in a rejection of polls held last year that saw coup leader Prayuth Chan-ocha remain prime minister.

Among other offences, the four activists are charged with breaching internal security laws and for defying an emergency decree that banned public gatherings to prevent the spread of the coronavirus.

The authorities have already issued arrest warrants for 15 people in connection with the July 18 rally, police said.

“The arrests that are taking place is based on the warrants,” deputy police spokesman Krisana Pattanacharoen told reporters.

He said the arrests had been made at certain times “so there would be no chaos”.

A small group of supporters of the detainees gathered overnight at a Bangkok police station where the activists were held.

The Assembly for the Poor, a non-governmental organisation whose secretary-general is among those detained, issued a statement on Thursday demanding the immediate and unconditional release of all activists.

It threatened a lengthy protest in Bangkok if their demands were not met.

Their arrests come after police detained human rights lawyer Anon Nampa on Wednesday for a speech he made at another protest calling for the reform of the powerful monarchy. It was the second time he has been arrested this month.

Brazil's Bolsonaro says COVID-19 vaccinations will not be mandatory