BANGKOK (Reuters) – A monkey trainer in the southern Thailand said very few monkeys are involved in harvesting coconuts for export and there was no abuse at his centre, disputing an activist report following which Thai products were banned by some British supermarkets. 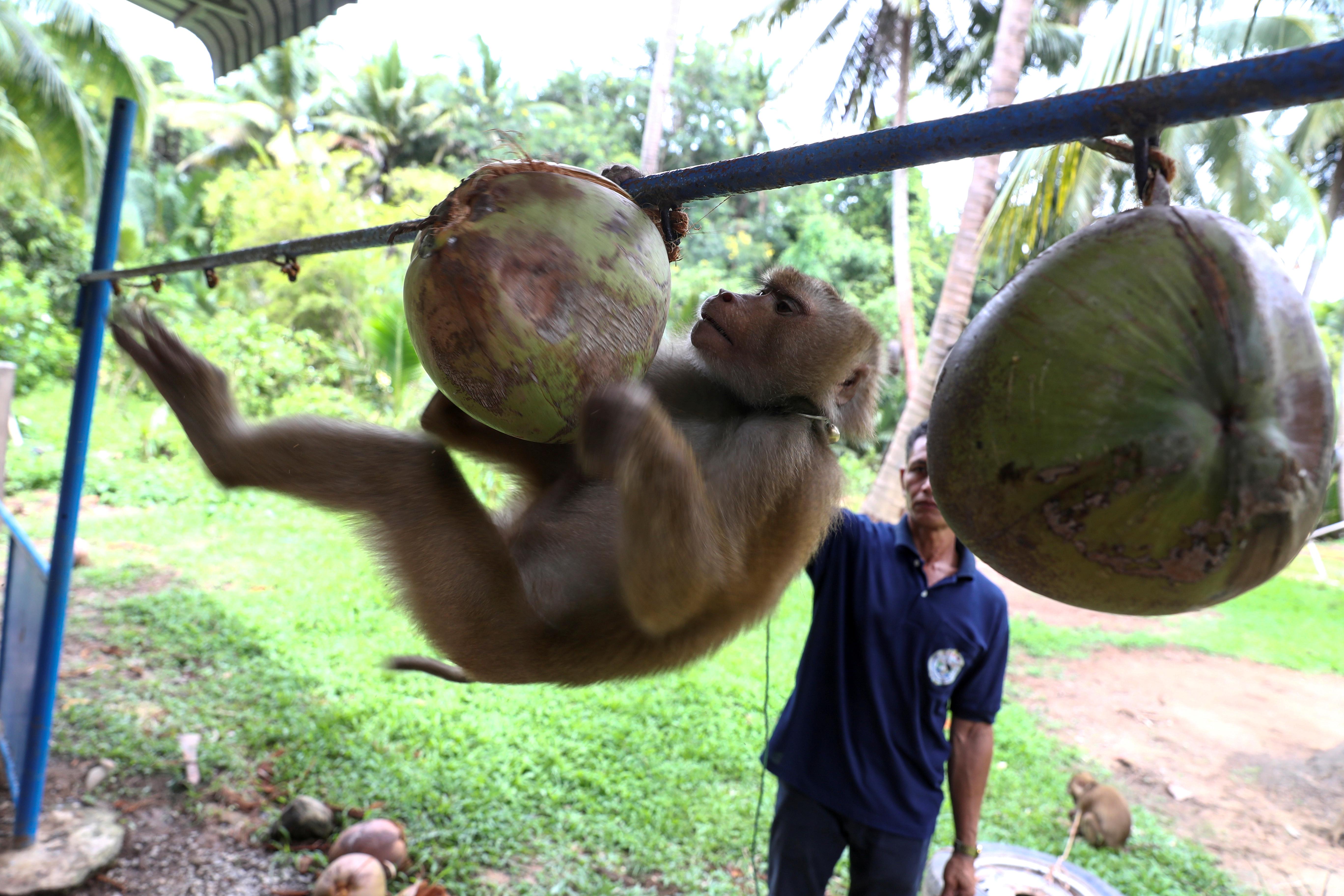 Earlier this month, some British retailers pulled Thai coconut products after a report by People for Ethical Treatment of Animals (PETA) alleged that coconuts in Thailand were picked by abused monkeys with Prime Minister Boris Johnson’s fiancée Carrie Symonds calling on other supermarkets to do the same.

PETA in a previous statement said that it believes “virtually all” coconuts from Thailand are picked by monkeys.

But Nirun Wongwanich, 52, who trains monkeys to fetch coconuts at a “monkey school” in the southern province of Surat Thani, says most coconuts used for exports are harvested by humans with poles because the trees were shorter.

Only a few farms in the south use monkeys for older, taller types of coconut trees, he said, adding that he sometimes trains monkeys for these farmers.

“There is no truth to that. I have been with monkeys for over 30 years … I have a bond, a relationship with them,” he told Reuters.

Nirun says he only trains six to seven monkeys in a year and insisted hitting monkeys was not done because they would become stressed and not cooperate.

Thailand’s government has fiercely denied the PETA report, saying the use of monkey labor was “almost non-existent.”

“Even all the monkeys in the entire forest won’t be enough for the industry because we export hundreds of thousands of coconuts (each year),” Mananya said.