DAR ES SALAAM (Reuters) – Tanzania’s President John Magufuli said on Sunday he plans to re-open universities and allow the resumption of sports and international flights if the decline in new coronavirus infections continues. 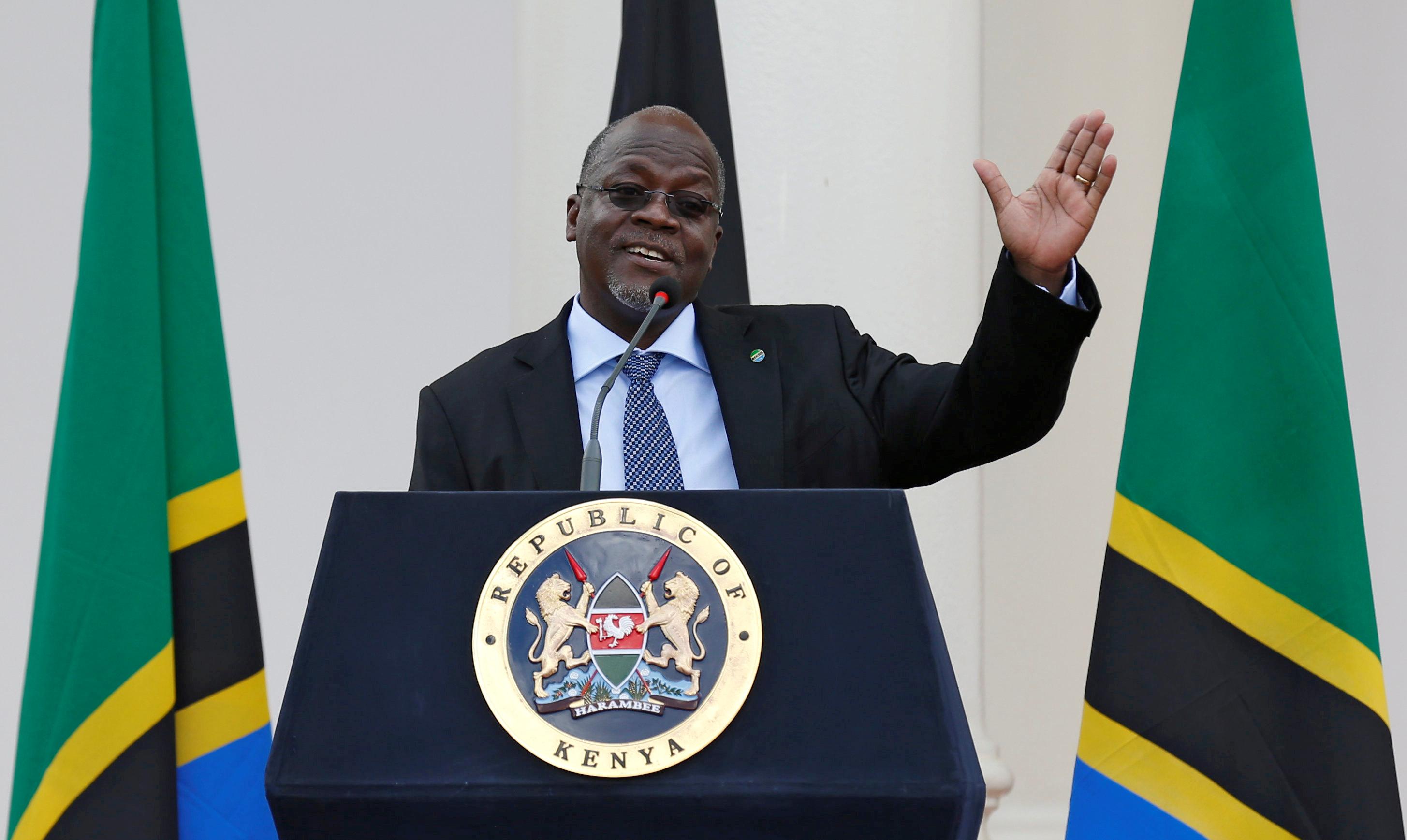 The Tanzanian government closed schools, stopped international flights and banned large gatherings but much of the regular economic activity has continued and religious services have been allowed to continue unlike neighbors like Rwanda and Uganda which imposed total lockdowns.

Magufuli, who has questioned the quality of COVID-19 test kits and at one time asked citizens to pray away the virus, said activities could resume in the coming days.

“If the trend I am seeing continues in the coming week, I plan to open up universities so students can continue with their education,” Magufuli said while speaking at a church service in northwest Tanzania.

“I am also planning as a nation to allow sports to continue because sports is part of entertainment for Tanzanians.”

Magufuli said hospitals in the country showed a growing trend of recoveries. Without giving specific dates, he said one hospital in Dar es Salaam had 198 patients but was now only treating 12 cases.

One of his children had tested positive for the virus but recovered after self-isolating, he said.

Magufuli said he refused to impose a lockdown as the move would have seriously damaged the economy and led to job losses.

“It (lockdown) was a bizarre guideline…we have embarked on a lot of projects which would have grounded to a halt,” he said.

Tanzania has faced criticism from international health authorities including the World Health Organization (WHO) for being slow in imposing social distancing measures and lacking transparency in its approach to the pandemic.

Unlike most other African countries the government has gone for days without publicly releasing their COVID-19 updates.

There are 509 confirmed cases and 21 deaths, according to WHO data.

On Wednesday, the United States warned that the commercial capital Dar es Salaam was experiencing an “exponential” growth of COVID-19 infections and claimed that some hospitals in the city were being overwhelmed by patients.

Late on Saturday Magufuli removed deputy health minister Faustine Ndugulile, without providing an explanation. The move follows the suspension of the head of the country’s national laboratory after Magufuli questioned the COVID-19 test kits.

Magufuli said that some unspecified airlines had secured full bookings of tourists planning to visit Tanzania and that when those tourists arrive they would not be required to enter mandatory quarantine but would have their temperature checked.

“If they have no signs of corona, let them go see the animals,” he said.