The Suez Canal, one of the most vital seafaring trade routes in the world, has been blocked since March 23. The culprit, the MV Ever Given, became stuck between its banks during inclement weather in the region and has confounded local authorities.

They are now trying every method available to remove the 400-metre-long supertanker and free up more than $9 billion in daily trade.

In a bid to allow a traffic jam of more than 200 ships to pass through the trade artery, shipping authorities have proposed using the tides to their advantage.

The president of Shoei Kisen, the ship’s owners, said yesterday there was no sign of internal damage, and all the Ever Given needed to do was float again.

The ship is currently trapped in dirt and sediment which is holding the bow and stern in place. 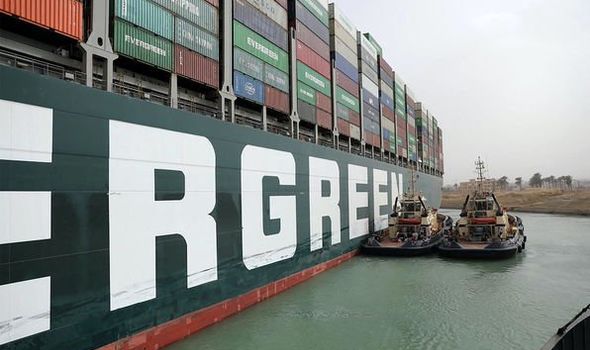 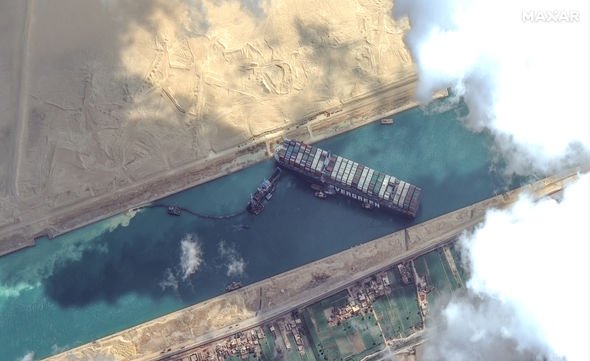 Yukito Higaki said this latest plan could shift the tanker by the weekend.

He said: “The ship is not taking water. There is no problem with its rudders and propellers.”

“Once it refloats, it should be able to operate.

“We are continuing work to remove sediment as of now, with additional dredging tools.” 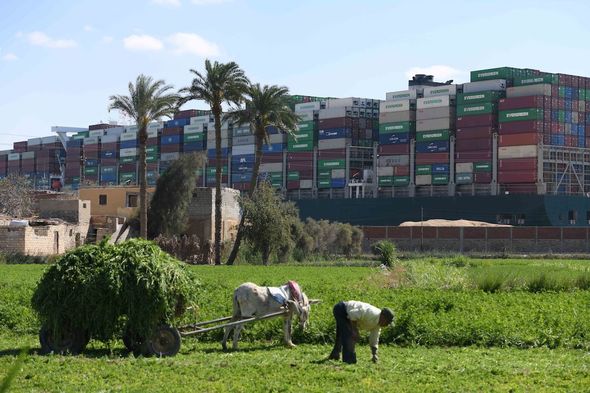 Authorities have resumed their attempts to refloat the Ever Given.

They started at roughly 2.30pm local time (12.30pm GMT) and will attempt to dislodge the ship at high tide.

Should they fail, rescue efforts will continue again tomorrow afternoon.

1pm update: Officials discuss ‘plan B’ for Ever Given

If tugs fail to prize the Ever Given from the canal’s banks, the next step is to use a crane.

Peter Berdowski, chief executive of Boskalis, which is assisting rescue efforts, said workers would need to shift the boat’s weight to help it float again.

He said: “If we don’t succeed in getting it loose next week, we will have to remove some 600 containers from the bow to reduce the weight.

“That will set us back days at least, because where to leave all those containers will be quite a puzzle.”

A vast queue of freight vessels are currently stuck at the canal’s north and south entryways.

At least 20 of these vessels are currently carrying livestock, according to freight trackers and NGOs.

Peter Stevenson, chief policy officer at Compassion in World Farming, revealed while this isn’t an immediate problem, over time the animals could create a “biohazard time bomb”.

He told Bloomberg: “I wouldn’t expect just after a two-day delay for a problem to have built up.

“It’s as time goes by that the problems get worse.

“Occasionally, there are real scandals when things go wrong, but it’s a day-to-day horror.

“My greatest fear is that animals run out of food and water and they get stuck on the ships because they cannot be unloaded somewhere else for paperwork reasons.

“Getting stuck on board means there is a risk of starvation, dehydration, injuries, waste buildup so they can’t lie down, and nor can the crew get rid of dead animal bodies in the canal.

“It’s basically a ticking biohazard timebomb for animals and the crew and any person involved.” 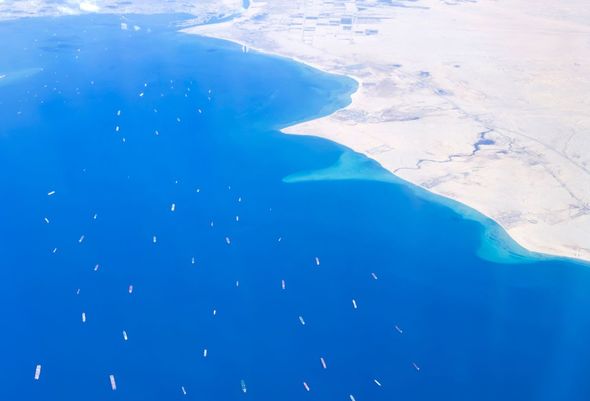 Among them was US President Joe Biden, who offered his country’s vast resources.

Speaking from Delaware this weekend, he said: “We have equipment and capacity that most countries don’t have. And we are seeing what help we can be.”

Malaysia apologises for telling women not to nag during lockdown