Home » World News » Strongest cyclone in over a decade slams into India, Bangladesh

KOLKATA/DHAKA (Reuters) – A powerful cyclone barrelled into eastern India on Wednesday with heavy rain, wind and waves as millions of people were evacuated from there and neighbouring Bangladesh in an operation complicated by the campaign against the novel coronavirus. 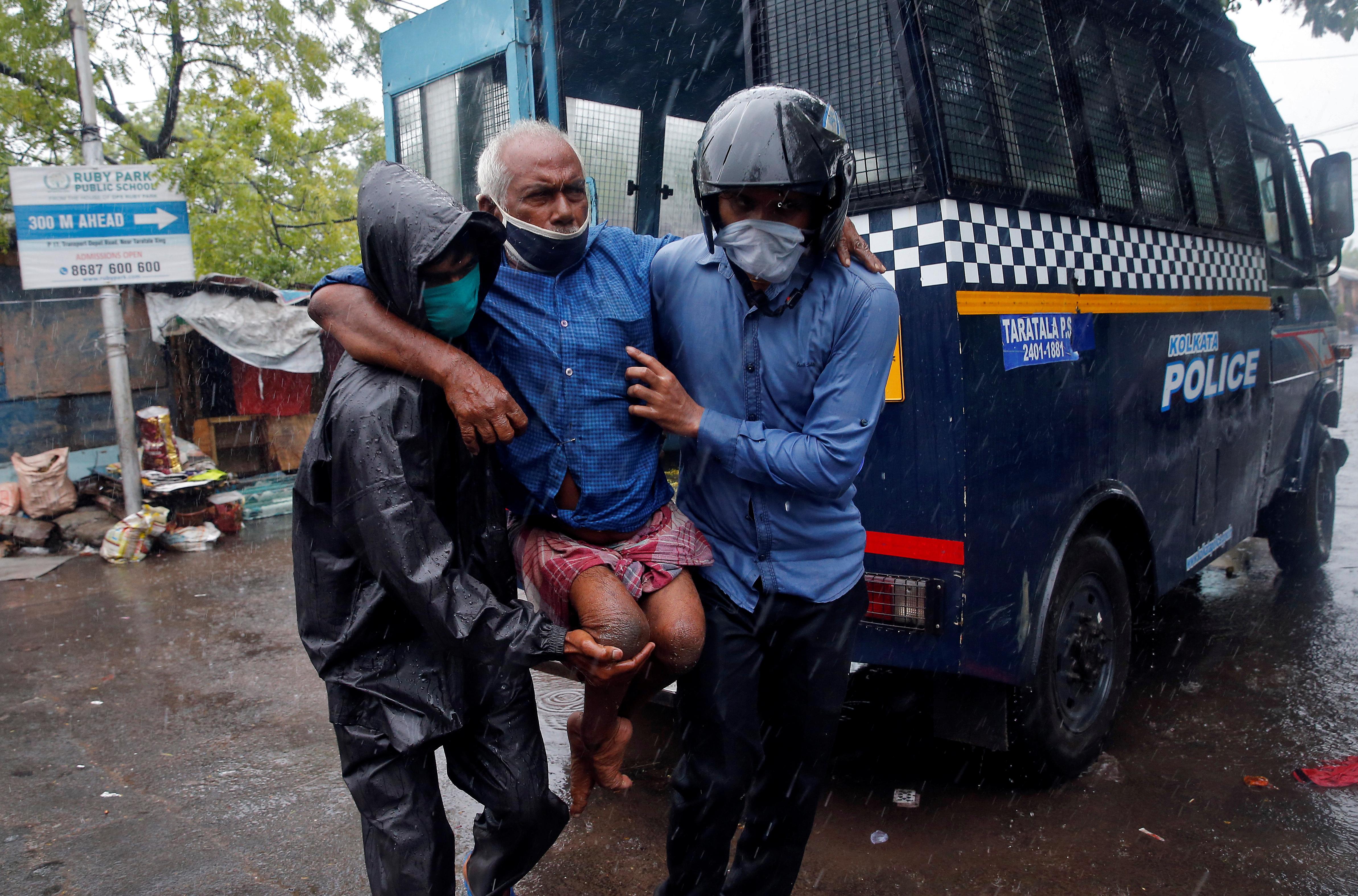 Cyclone Amphan had begun moving inland, the India Meteorological Department said in a bulletin at 3 p.m. (0930 GMT), after brewing for days in the Bay of Bengal to become one of the strongest storms to hit the region in about a decade.

In Bangladesh, junior minister for disaster management Enamur Rahman said about 2.4 million people in the most vulnerable districts had been shifted to more than 15,000 storm shelters.

“It has been challenging to evacuate people while maintaining distancing. We have doubled the number of the cyclone centres to ensure safe distancing and hygiene,” Rahman said.

Bangladeshi officials also said they had moved hundreds of Rohingya refugees from Myanmar, living on a flood-prone island in the Bay of Bengal, to storm shelters.

Standing crops could be damaged and large tracts of fertile land washed away, officials said. Farmers were being helped to move produce and hundreds of thousands of farm animals to higher ground.

“Fortunately, the harvesting of the rice crop has almost been completed. Still it could leave a trail of destruction,” Mizanur Rahman Khan, a senior official in the Bangladesh agriculture ministry, said of the storm.

An Indian home ministry official said authorities in West Bengal and Odisha had struggled to house thousands of evacuees as shelters were being used as coronavirus quarantine centres.

Extra shelters were being prepared in markets and government buildings with allowances made for social distancing, while masks were being distributed to villagers.

Police in West Bengal said some people were unwilling to go to the shelters because they were afraid of being infected by the coronavirus and many were refusing to leave their livestock.

“We have literally had to force people out of their homes, make them wear masks and put them in government buildings,” said a senior police official in West Bengal’s capital, Kolkata.

Monoranjan, a resident of Choto Mollakhali island in the Sunderbans area of the Ganges river delta, which is expected to bear the brunt of the storm, said the storm could destroy rice stocks.

“We’re just praying for this night to be over,” he said.