The Met Office is tacking storm Harold through the South Pacific, which, according to the agency promises to be one of the most “powerful” in years. A tweet from the forecasters revealed it could rival storm Winston, which battered the island in 2016.

The tweet read: “#Harold is moving away from #Vanuatu and is now the strongest cyclone in the South Pacific since Winston in 2016. Now heading towards #Fiji, but is expected to pass just south of the islands by midweek.”

According to the Met Office, Storm Harold is currently moving away from Vanuatu, a country in Indonesia.

There, the powerful cyclone smashed the island nation with 155mph wind speeds.

Harold hit the island of Espiritu Santo on Monday and moved towards the south through the rest of the day. 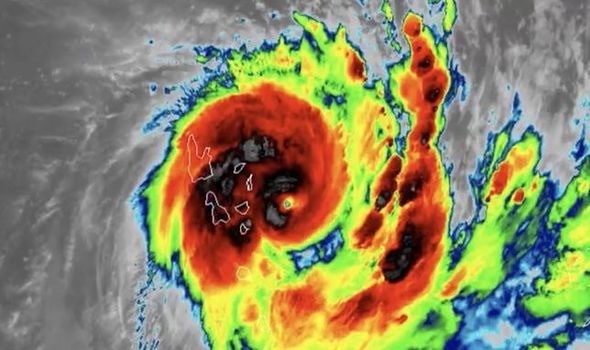 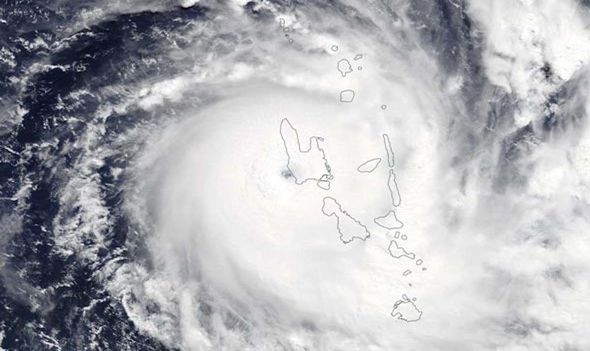 Winds strengthened to 167mph, with maximum gusts of 186mph by the time it rounded on the southeastern island of Pentecost.

The speeds mean the storm is approaching a category five system, which the NOAA classes as a “major” hurricane”.

The last major storm to batter the island was cyclone Winston, which made landfall as a tropical disturbance in 2016.

Then, the cyclone commanded gale-force winds and pounded the island with 108mph winds. 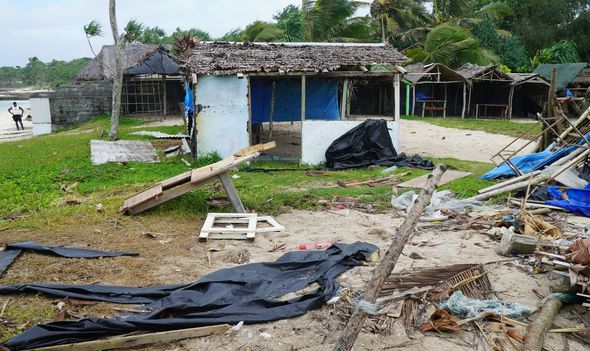 Eventually, the storm developed into a category five and smashed Fiji’s Lau archipelago with maximum wind gusts of 190mph.

According to the National Oceanic and Atmospheric Administration (NOAA) in the US, Harold could leave lasting power outages and falling debris.

Pictures shared by the Asia Pacific Office of the Red Cross showed devastation on the island, including falling trees and flooding.

Officials expect the storm will weaken over Tuesday, as confirmed by the Met Office. 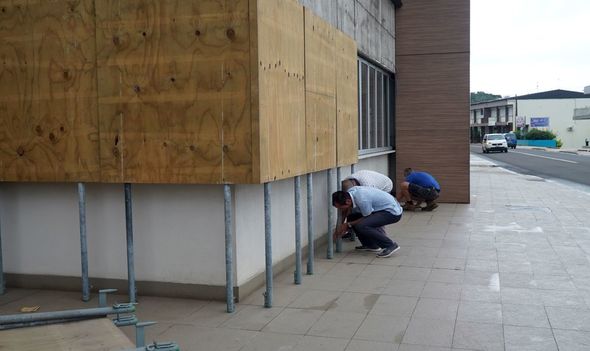 They said the storm is now heading towards Fiji but would miss the islands, passing south of the area.

However, the southern island of Viti Levu may experience hurricane-force winds on Wednesday.

The storm previously tore through the Solomon Islands, killing 27 people in the sea nearby the country.

Vanuatu is currently in a state of emergency, due primarily to the coronavirus pandemic.

The nation suspended outbound and incoming flights on March 26, and the last international flight departed on March 21.

While no cases have emerged, experts fear the small nation is not prepared to handle a full-blown epidemic.

The state of emergency prohibits gatherings of more than five people in public, and all shops, bars and restaurants need to close by 7.30pm.

Authorities briefly lifted the restrictions while the storm made landfall, allowing people to seek refuge at safe houses and evacuation centres.