The Met Office has issued weather warnings in time for the arrival of Storm Barbara on UK shores – with heavy rain and winds set to blast a number of areas throughout the week. Named by Spanish meteorologists, the storm is on course to hit Spain and Portugal hard before making its way north to the UK.

A yellow weather warning has been issued for severe gales across south-east England, mainly around the Kent and Sussex areas, on Wednesday between 7am and 5pm.

The Met Office has warned that the storm is still developing, and while it is currently not expected to cause major disruption to affected areas, there is “still the potential for severe gales to affect the extreme south-east of England”.

This means surface water flooding could be likely in some places, particularly in the morning travel period. 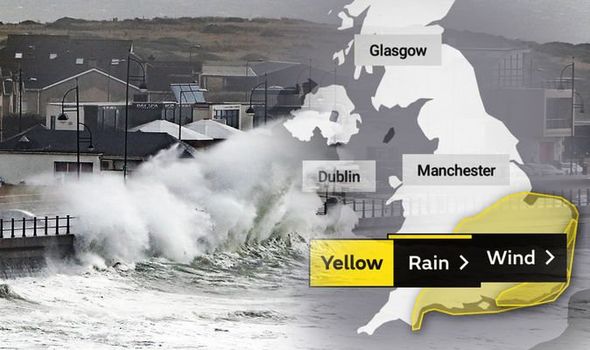 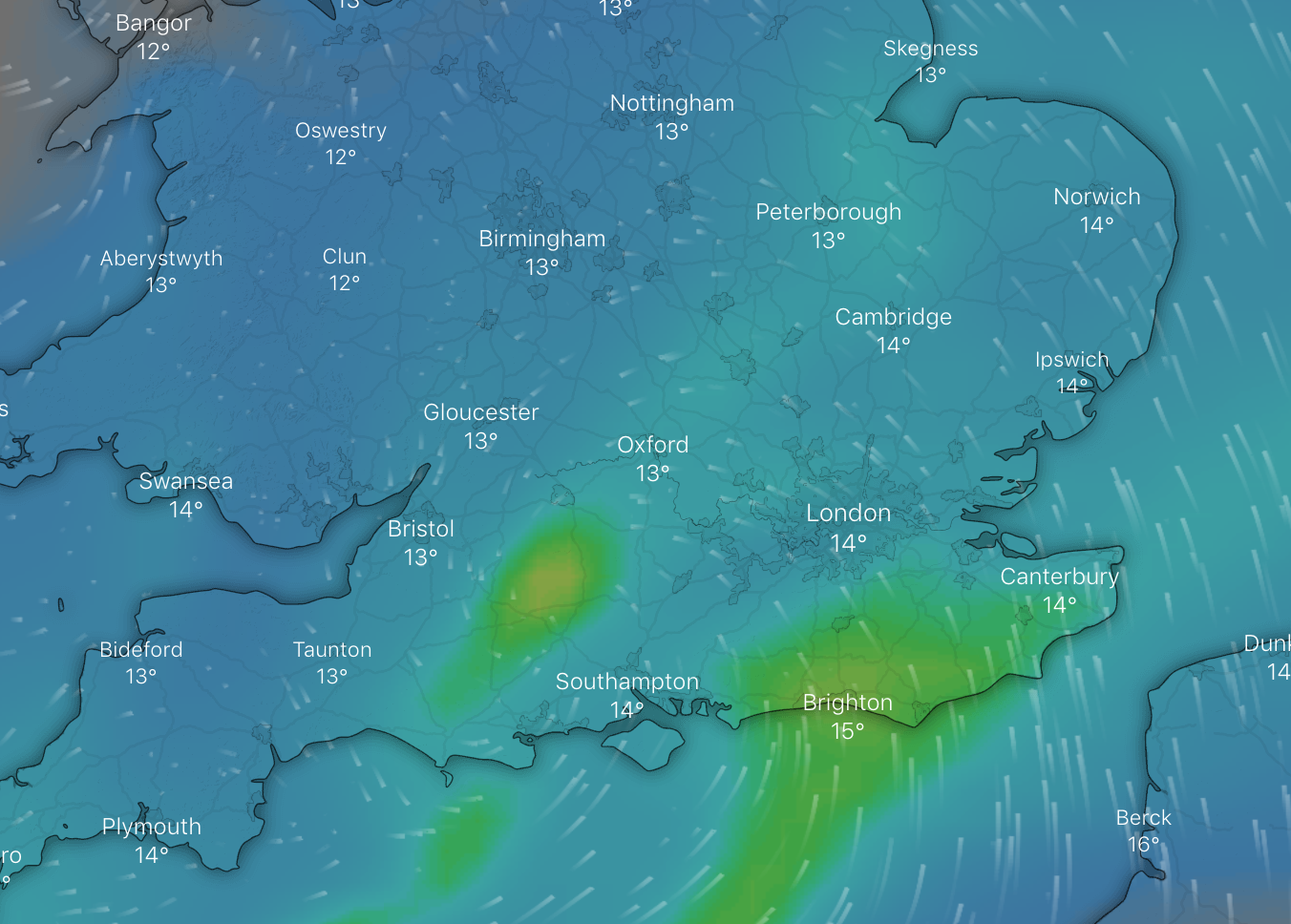 Gusts are expected to hit at 45 to 55mph inland and 65mph near the coast, making for unfavourable crossing conditions in the English Channel.

Met Office Chief Meteorologist, Frank Saunders, said: “A low-pressure system, seperate to Storm Barbara, will cross Ireland and Northern Ireland bringing gale or even severe gale force winds to some exposed parts of the west and South West of the UK.

“As we look ahead to the rest of the week, we are expecting rain or showers for many areas on Wednesday, possibly heavy and blustery in the South East.

“It will be quieter on Thursday but more unsettled from Friday, with spells of wet and windy weather moving in from the west.” 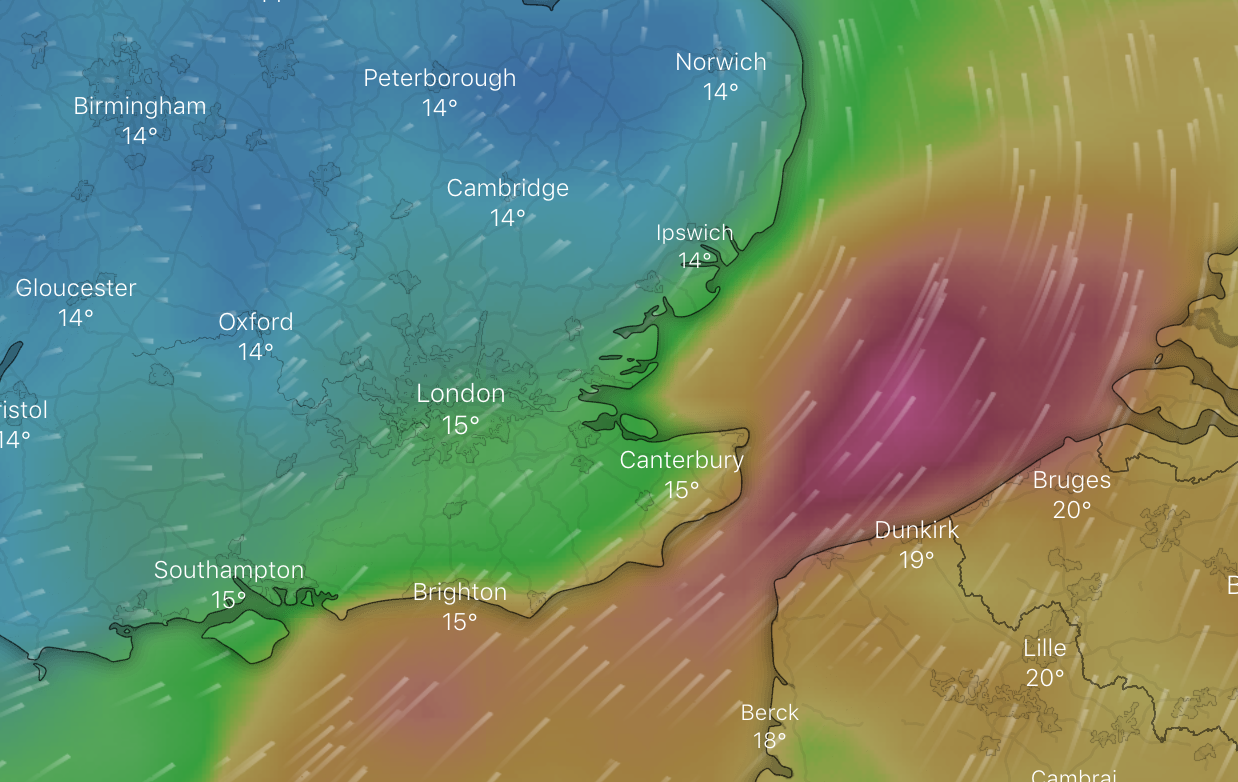 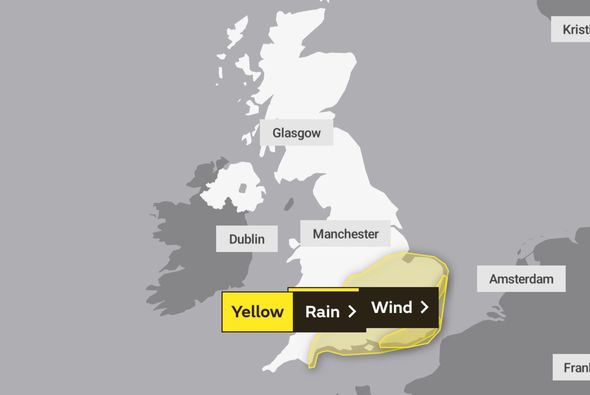 Areas covered by the weather warnings are:

For the rest of the week, the weather is expected to remain unsettled across much of the UK, but is unlikely to cause any further disruption.

Met Office meteorologist Oli Claydon said: “That wind and rain clears off into the North Sea and after that we’re left with a continued spell of unsettled conditions across the UK through the week.

“There will be periods of slightly more settled conditions and at times brighter weather as well, so there will be some sunshine around.

“But generally remaining broadly unsettled, with further wind and rain to affect the UK through the weekend as well.” 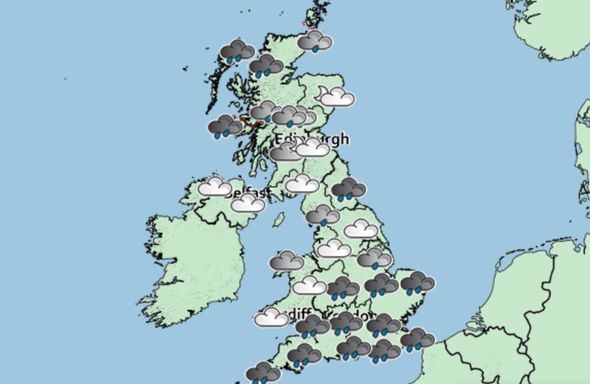 The rain from Storm Barbara is expected to move north by Thursday, lasting into the evening.

Elsewhere, three flood alerts have been issued along the south west coast and in the midlands.

Cornwall currently has two flood warnings out today near Truro, extending from Lands End to Lizards Point, and Lizards Point to Gribbin Head.

The Flood Information service has warned those in the area to remain vigilant.

Girl, 17, rushed to hospital after being attacked by two men