Research suggests virus circulated earlier than experts believed and that there was no single ‘Patient Zero’. 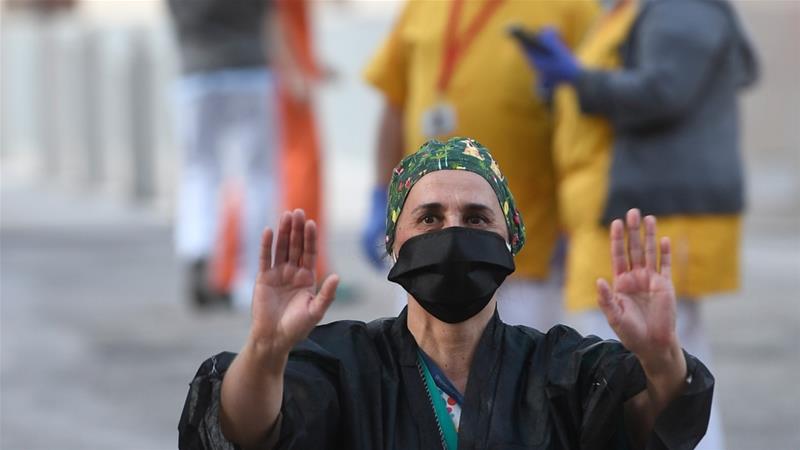 Granada, Spain – Recent scientific research suggests that Spain, the country that currently has the most coronavirus cases in Europe, was hit by COVID-19 much earlier than previously thought.

The study by researchers from the Instituto de Salud Carlos III in Madrid indicates that one clade – a virus “family” derived from a single ancestor – of coronavirus was present in mainland Spain as early as February 14.

That was a full month before the country went into lockdown, and a time when officials worldwide were still trying to understand the scale of the virus.

The coronavirus threat was believed to be so weak that towards the end of February, Spain’s health emergency chief Fernando Simon insisted: “The virus is not in Spain nor is it being transmitted.”

The research paper, which was published on April 20 and is yet to undergo a peer review, also debunked the widely-circulated theory in Spain that the virus could be traced back to a single “Patient Zero.”

It argued several sources defined as “introductions” were responsible for the virus’s appearance in the country.

The research paper said its results “highlight the extraordinary potential of SARS-CoV-2 (the virus strain that causes COVID-19, the coronavirus disease) for rapid and widespread geographic dissemination.”

Guillermo Martinez de Tejada de Garaizabal, professor of microbiology and parasitology at the University of Navarra in northern Spain, was not involved in the study but, having reviewed it, told Al Jazeera: “The research’s conclusions, that the virus was already in circulation in the middle of February and that there were many ‘zero patients’ don’t surprise me in the slightest.

“On the contrary, they explain the explosive start of the pandemic in Spain and its dramatic, and tragic, development.

“In my opinion, it’s clear that we all – including the health authorities – underestimated the risk that coronavirus supposed. And that’s the price that Spain – as one of the most important tourist destinations in the world – has paid, and unfortunately, continues to pay.”

Spain currently has the most confirmed coronavirus-linked cases in Europe – above 200,000, and the third-highest death toll worldwide, after the US and Italy.

The research estimates that one type of virus strain, the S-Spain cluster, was in the country by February 14 and another known as G-Spain cluster had reached Madrid, one of the worst affected areas, by February 18.

Simon, the health emergency chief, suggested on Thursday that in mid-February, asymptomatic cases were already circulating in Spain, and that there could not have been a single “Patient Zero”.

“We know that the major increase in the epidemic in the second week of March was due to infections in the last week of February. That ties in with this research,” he said.

Although there was one case in Spain in the Canary Islands as early as January 31 – a German tourist – and another in the Balearics, the first confirmed case in mainland Spain was on February 25.

“The virus had extended much further everywhere, and much earlier, than we believed,” Juan Ayllon Barasoain, director of Preventive Medicine and Public Health at the University of Burgos in northern Spain, told Al Jazeera, “starting with China”.

Barasoain referred to an article published in his local newspaper, the Diario de Burgos, in early April, reporting that “one of the [first strains of the COVID-19 virus] to be sequenced in Spain was from this area”.

The strain had not been found earlier because it was not being looked for, given that the vast majority of coronavirus cases are minor or asymptomatic and, on top of that, the coronavirus outbreak coincided with the main flu season, said Barasoain.

“Every day, people die of types of pneumonia without a causative agent, and if cases like this build up in January and February, it’s normal.”

One of the Instituto de Salud Carlos III team of researchers told Spanish daily El Pais on Thursday he believes it is possible the virus has undergone relatively few mutations, something that would benefit the ongoing search for a vaccine.

“While we have to be very cautious about this [conclusion], it’s good news,” Francisco Diez, now working in a hospital in Barcelona, told the newspaper.

More research published this week by the University of Oxford in the UK on the development of the pandemic in the population of Catalonia concurs with Barasoain’s suggestion that COVID-19 carriers may have been misclassified as having the flu, boosting community transmission in Spain.

But on a positive note, the University of Oxford research – also due to be peer-reviewed – argued that by monitoring excess flu cases in the future, new outbreaks of COVID-19 may be detected more quickly.

Iran poses ‘greatest threat’ to the regional security warns US

Aurora homicides up 53% compared to last year; no easy explanation for rise in violence